We caught up with Kerry Shawcross and Miles Luna at New York Comic Con last month and asked them a few questions about RWBY, the newest series from Rooster Teeth Productions, which has just completed its first season. By coincidence, the RWBY Season 1 DVD and Blu-ray are out today! 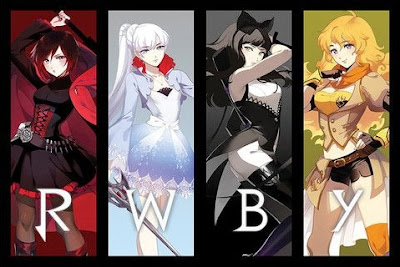 But before the video interview (which is below), Trinitytwo and I have a few comments about the series:

Trinitytwo:  RWBY –A visually stunning, anime-styled, web series created by Monty Oum for Rooster Teeth has been an absolutely amazing addition to Thursday nights since July 2013. Season 1 is available on DVD and BluRay today and you are not going to want to miss adding this superlative action adventure to your collection. Its theme song, This Will be the Day, sets the tone for some serious ass kicking. It was created by Jeff Williams and features the vocal talent of Casey Lee Williams. RWBY, (pronounced Ruby) is the story of four heroines attending Beacon Academy, a school for future huntsmen and huntresses to hone their skills in the fight against the powerful creatures of Grimm who prey on mankind. Headmaster, Professor Ozpin, has chosen Ruby (Lindsay Tuggey), Weiss (Kara Eberle), Blake (Arryn Zech), and Yang, (Barabara Dunkelman) to be team RWBY, but the girls come from very different walks of life which leads to some interesting and entertaining storylines. Season One introduces us to these characters as well as team JNPR, (pronounced Juniper); Nora, Pyrrha, Lie Ren voiced by Monty Oum and lead by the well-meaning but clumsy, Jaune Arc voiced by the charming Miles Luna. Written by Miles Luna, Kerry Shawcross and Monty Oum, RWBY is chock full of humor, awesome battles, and great story arcs. Everything about RWBY is top notch and my only complaint has been that the episodes were too short. Now that I can own my very own Blu-ray version, the only problem will be waiting for Season Two.

Qwill:  My 12-year old told me about RWBY after the first 4 episodes were out. He showed me the "Red" Trailer (which is about Ruby Rose). We then proceeded to watch the "White" (about Weiss Schnee), "Black" (about Blake Belladona), and "Yellow" (about Yang Xiao Long) Trailers which introduce the 4 characters who make up the RWBY of the title. We then watched the available episodes. I was immediately taken by the beauty of the animation and was intrigued by the characters.  In addition to the four Team RWBY characters, there is another group of 4 that I love as much, Team JNPR! We have been following along every Thursday since then. Episodes are released Thursday evenings on the Rooster Teeth website and are later available on YouTube. While RWBY is visually gorgeous, the story telling is also top-notch. Each of the characters comes with their own back stories (not yet completely revealed) and distinct personalities. The world in which the characters live is also very intriguing. I'm completely hooked. Trinitytwo has given you more background to the series and since I'm not going to give anything away, watch the interview with Kerry and Miles, the the Red, White, Black, and Yellow Trailers (embedded below), then on to the series at Rooster Teeth or at YouTube.


About Monty, Kerry and Miles

Monty is the Director of Animation for Rooster Teeth, and has been hailed as one of the most original action choreographers and animators working today. Prior to creating the exciting and elaborate fight sequences for Red vs. Blue, Monty created the online hit series Dead Fantasy and Haloid. He is currently directing Rooster Teeth’s first anime series, RWBY.

Kerry joined the Rooster Teeth team after mentoring Burnie Burns for a school project. His positive attitude and dedication to his work allowed him to become full-time with the company.

Kerry is a writer for RWBY as well as an editor and producer for Red vs. Blue. He joined Chris in starring in A Simple Walk into Mordor, has a appeared on the Rooster Teeth Podcast and many other live-action productions.

Miles is a writer and director at Rooster Teeth. Since joining the staff, he’s worked regularly on Red vs. Blue as a machinimator, and now helps to write and direct the series. In addition, Miles works in collaboration with Monty Oum and Kerry Shawcross on Rooster Teeth’s newest project, RWBY.

Miles is a regular guest on the Rooster Teeth Podcast and the RT Recap, and has starred in multiple RT Shorts.

What:  One commenter will win RWBY (Season 1) DVD from The Qwillery. Please note that this is a REGION 1 DVD (US / CANADA).

Who and When:  The contest is open to all humans on the planet earth with a mailing address AND who can watch a Region 1 DVD (US / Canada). Contest ends at 11:59 PM US Eastern Time on November 30, 2013. Void where prohibited by law. No purchase necessary. You must be 18 years old or older to enter.


*Giveaway rules and duration are subject to change without any prior notice.

What:  One commenter will win her/his choice of either the RWBY Ruby Silhouette Shirt or RWBY Beacon Academy Shirt subject to availability from The Qwillery. 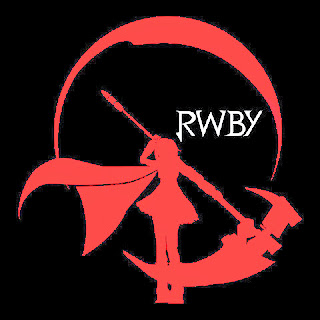 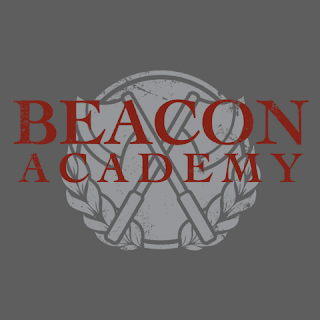 Who and When:  The contest is open to all humans on the planet earth with a mailing address. Contest ends at 11:59 PM US Eastern Time on November 30, 2013. Void where prohibited by law. No purchase necessary. You must be 18 years old or older to enter.


*Giveaway rules and duration are subject to change without any prior notice.