Please welcome Debbie Herbert to The Qwillery as part of the 2013 Debut Author Challenge Interviews. Siren's Secret (Dark Seas 1) will be published on November 5, 2013. 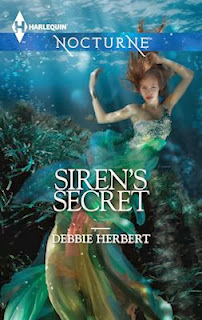 Debbie:  I’ve written on and off all my life, especially lots of bad, angst-ish poems as a teenager. About five years ago, I heard a writer speak at my local library and it rekindled an old dream to complete a book one day. I joined a local writing group, as well as Romance Writers of America, and wrote that book. I haven’t stopped writing and learning since that night.

Debbie:  I need peace and quiet. I so envy those writers who make soundtracks for every book they write and play it while working!

Debbie:  I’m an in-betweener. The first book was totally by the seat of my pants – which was rather fun. The second book I tried storyboarding and found it worked for me. That said, I usually only know my beginning, ending and turning points. I fill out the rest of the storyboard chapters as I’m writing. It helps keep me organized, especially when revising later.

Debbie:  Revising. No doubt about it. The fun is in the original story and watching your characters surprise you in the process. Revising means cutting out scenes and descriptions that don’t move the story forward, which always hurts a teeny bit.

Debbie:  Deep in a bayou, a mermaid witnesses a killer dumping a body. Now the killer’s after her so she turns to Sheriff Angier for help. But can she trust him with her deepest secret?

TQ:  What inspired you to write Siren's Secret?

Debbie:  I actually dreamed the opening scene. In it, I was swimming in deep waters and saw a man dumping something from his boat. I swam over to see what it was. As I approached he spotted me, gave me a venomous look … and I awoke. I embellished the dream with what if questions. What if I were a mermaid? What if he hunted me down? How far would I go to protect my secrets?

TQ:  What sort of research did you do for Siren's Secret?

Debbie:  I did do some research on the Gulf Coast, such as what type of fish and sea life are there. But the most fun I had was shortly after writing the novel, I went to Mobile, Alabama for a writer’s conference and made a side trip to Bayou La Batre since I based my fictional town upon it. While there I made notes on the scenery and it helped in adding local color to my book. This is the same little town of Forrest Gump fame.

Debbie:  The easiest to write was Shelly, my heroine, because of her vulnerability and love of family. Those are traits I can relate to. The hardest to write – but the most fun – was the villain. I tried to get into a serial killer’s head and imagine what happened in his past that drove him to kill and his thought process in the actual act. Psychology is fascinating stuff!

TQ:  Without giving anything away, what is/are your favorite scene(s) in Siren's Secret?

The villain scenes were fun (don’t know what that says about me!) but I would say my favorite is the scene where Tillman realizes he loves Shelly.

Debbie:  I’m currently revising Book Two in the Dark Seas series which takes up the story of Shelly’s cousin, Jet. This book is The Hunt for Red October meets paranormal when Jet’s old boyfriend shows up in town with the ultimate sea treasure scheme. Book Three will take up the story of Lily, a true siren who entrances men with her voice.

Debbie:  Thank you so much for the opportunity! I look forward to hearing from your readers. 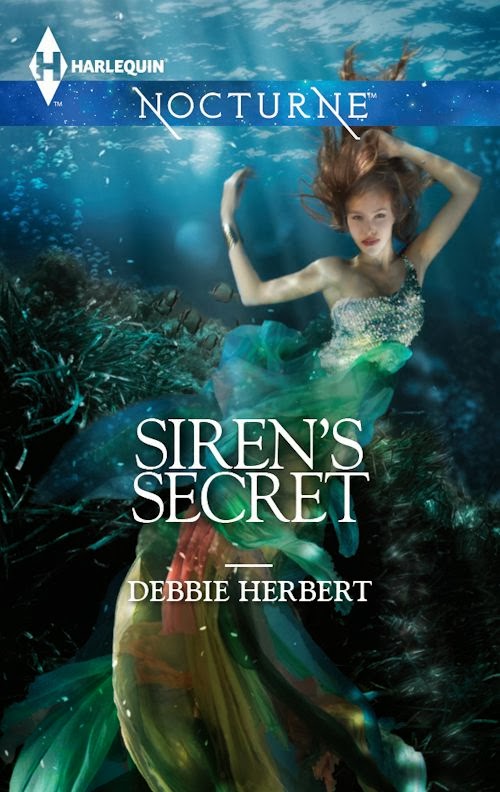 In Debbie Herbert's debut novel, there are two secrets, each one with a deadly consequence…

Shelly Connors's worlds—on land and in the sea—are turned upside down when an evening swim turns into a nightmare. On a sweltering night deep in the bayou, the mystical mermaid witnesses a horrifying act. With a monstrous killer now hot on her trail, her life and the lives of her kin are in jeopardy.

Terrified of becoming the next victim, Shelly has no choice but to turn to Sheriff Tillman Angier. Tillman has had his intense gray eyes on the sultry honey-haired beauty for a while. The feelings are mutual…and impossible to ignore. But he's determined to solve the murders, and he knows Shelly's hiding something. Can she trust him with her deepest secret?


Read about how the cover was created at "Behind the Scenes: SIREN’S SECRET" here. 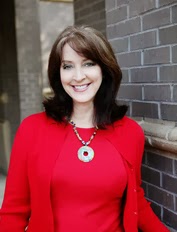 What:  One commenter will win a copy of Siren's Secret (Dark Seas 1) by Debbie Herbert from the author. US ONLY

Who and When: The contest is open to all humans on the planet earth with a US mailing address. Contest ends at 11:59 PM US Eastern Time on November 13, 2013. Void where prohibited by law. No purchase necessary. You must be 18 years old or older to enter.