Please welcome Samantha Shannon to The Qwillery as part of the 2013 Debut Author Challenge Interviews. The Bone Season (Scion 1) was published on August 20, 2013 by Bloomsbury USA. 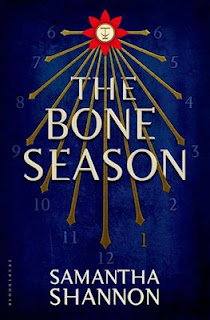 Samantha:  Thank you! Glad to be here.

Samantha:  When I was about 13. I'd always loved books and I really just fancied trying my hand at writing something myself. I've written ever since.

Samantha:  Bit of both. I do plot, though, so I should probably say plotter.

Samantha:  Finding the right voice was a big challenge, but now I have Paige's voice and am working on Book 2, the most difficult thing at the moment is finding time to sit down and just work on the manuscript. I like to get into a routine when I write. I'm hoping to have a few weeks over Christmas to get a lot of work done.

TQ:  Describe The Bone Season in 140 characters or less.

Samantha:  A strange, dark fantasy about clairvoyant criminals - and their enemies. A nineteen year-old woman must fight for her freedom or die trying.

TQ:  What inspired you to write The Bone Season?

Samantha:  I was working in Seven Dials, a small district in London, and had a strange daydream about a girl having exactly the same day at work that I was, but she happened to be clairvoyant. There are a few shops in the area that sell crystal balls and tarot cards, which is what introduced me to the idea of clairvoyants in that district.

TQ:  What sort of research did you do for The Bone Season?

Samantha:  I wanted my clairvoyant society to be a cross-section of historical types of divination, extending right up to encompass twenty-first century parapsychology. I did quite a bit of reading about classical and Renaissance impressions of augury, soothsaying and so on. After that I moved on to nineteenth century Spiritualism, mainly using The Book on Mediums by Allan Kardec. I also integrated Native American legend for Paige’s gift. Although I did a lot of research, I wanted to put my own spin on each type, hence the Seven Orders classification system.

Samantha:  Paige was both easiest and hardest. Her voice came to me naturally, but she's a complex character and I'd often have to think for a while about how she would, or should, react to certain situations.

TQ:  Without giving anything away, what is/are your favorite scene(s) in The Bone Season?

Samantha:  The organ scene, the whole of Chapter 18, the Trafalgar Square scene, the butterfly's dreamscape scene.

Samantha:  Book 2, which will be set in London.

Samantha:  Thank you for having me! 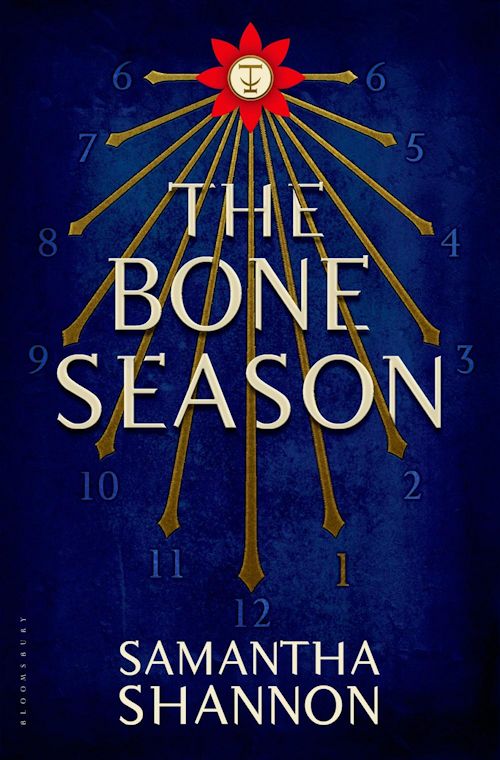 It is the year 2059. Several major world cities are under the control of a security force called Scion. Paige Mahoney works in the criminal underworld of Scion London, part of a secret cell known as the Seven Seals. The work she does is unusual: scouting for information by breaking into others’ minds. Paige is a dreamwalker, a rare kind of clairvoyant, and in this world, the voyants commit treason simply by breathing.

But when Paige is captured and arrested, she encounters a power more sinister even than Scion. The voyant prison is a separate city—Oxford, erased from the map two centuries ago and now controlled by a powerful, otherworldly race. These creatures, the Rephaim, value the voyants highly—as soldiers in their army.

Paige is assigned to a Rephaite keeper, Warden, who will be in charge of her care and training. He is her master. Her natural enemy. But if she wants to regain her freedom, Paige will have to learn something of his mind and his own mysterious motives.

The Bone Season introduces a compelling heroine—a young woman learning to harness her powers in a world where everything has been taken from her. It also introduces an extraordinary young writer, with huge ambition and a teeming imagination. Samantha Shannon has created a bold new reality in this riveting debut.

Samantha Shannon was born in west London in 1991. Between 2010 and 2013 she studied English Language and Literature at St Anne’s College, Oxford, specialising in Emily Dickinson and Principles of Film Criticism. In 2012 the Women of the Future Awards shortlisted her for The Young Star Award. The Bone Season is her first novel and has been sold in twenty-three countries.