Guest Blog by Michael J. Martinez, author of The Daedalus Incident - Voices of the Past - August 15, 2013


Please welcome Michael J. Martinez to The Qwillery as part of the 2013 Debut Author Challenge Guest Blogs. The Daedalus Incident (Daedalus 1) was published on August 13, 2013 by Night Shade Books. You may read an interview with Michael here. 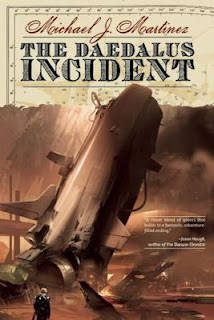 Voices of the Past

So what, exactly, does a late 18th century British naval officer sound like?

We don’t really know. It’s not like there were digital recorders on the decks of sailing ships, after all.

That was a real challenge for me in writing The Daedalus Incident, in which sailing ships of the 18th century ply the Void between the planets in our Solar System. Voice is such an ephemeral thing in fiction, and yet it’s very important. Done right, voice can bring both character and setting to life in subtle yet profound ways.

The quick and perhaps obvious answer would be to research the written word of the times. However, there’s pitfalls aplenty in doing that. The fiction of the era was quite flowery and purple, with dialogue that doesn’t really lend itself to realistic voice. Seriously, if people actually talked the way they were written in period fiction, nobody would get anything done – they’d still be talking.

Non-fiction, from memoir to written correspondence, is little better. In reading works written during the late 18th century, from The Autobiography of Benjamin Franklin to the letters sailors sent home from their far-flung voyages, there was a strong tendency for writers to spruce things up, to make their writing as entertaining as possible. (Given the distinct lack of television and the Internet 200-plus years ago, this isn’t surprising.) Again, you’d end up with flowery speech and a distressing tendency toward show-off vocabularies.

So at the end of the day…I fudged it.

Don’t get me wrong – all the research was helpful. But it was a starting point only. Historic accuracy is nearly impossible, so I ended up running with one of my new favorite words: verisimilitude. Also known as close-enough-for-horseshoes. Without really knowing how people spoke on the decks of frigates, I aimed for something that would sound accurate to the modern ear, with just enough loquaciousness, mannerism and oddball dictionary words to give the voice a time and place, but not enough to spoil the meaning or the flow of the story.

The same goes for the structure of those historical fantasy sections within The Daedalus Incident. If you read the novels of Patrick O’Brian and C.S. Forester, whose 20th century works define the Napoleonic-era naval genre, you see sentence construction and story flow that seems to mimic the time period without going overboard, so to speak.

Voice was important for these sections, because The Daedalus Incident also features a futuristic setting – a 22nd century Martian mining colony. I wanted the voice in those separate settings to be distinct in order to subtly highlight the differences in how people behaved and how stories were told. It provided an interesting contrast between the more genteel, yet also more brutal, past and a more blunt, yet less inherently violent, future.


About The Daedalus Incident 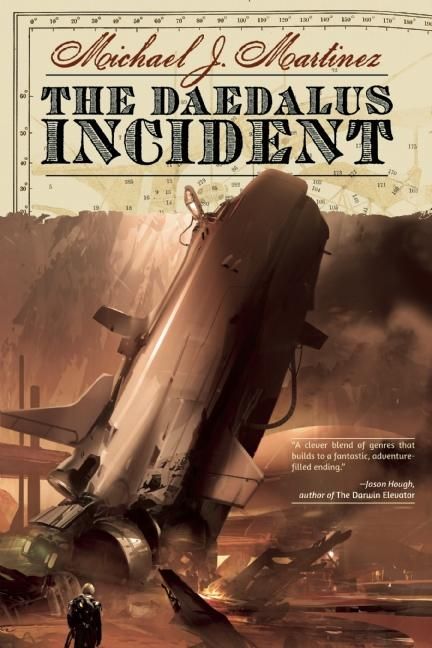 Michael J. Martinez was a professional journalist and communicator for nearly two decades before he decided to try his hand at fiction. So far, it seems to have worked out well. His debut, The Daedalus Incident, is out now, and its follow-up, The Enceladus Crisis, is due out next spring. He lives in northern New Jersey with his wife, daughter and a very friendly cat.