Please welcome Dani Harper to The Qwillery. Dani is the author of the Changeling series and the recently published Storm Warrior (Grim 1). 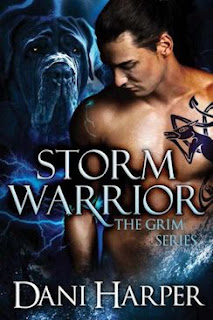 TQ: Welcome back to The Qwillery! Since we last chatted you have a new novel out - Storm Warrior (Grim 1) - and a novel coming out in October - First Bite (Dark Wolf 1). Both are Paranormal Romance. What do you look for in a PNR novel?

Dani:  Hi, I’m Dani and I can’t stay away from shapeshifters. Really and truly, they’re my absolute favorite PNR topic, and possibly an addiction. When I’m looking for a book to read, any mention of an animal alter-ego grabs my attention right away. Small wonder that I enjoy writing about them too!

But don’t tell the werewolves that I ALSO love creatures from myth and legend. The new Grim Series has given me a chance to explore the faery lore from my gramma’s home country, Wales.

TQ:  Please tell us something about Storm Warrior (Grim 1) that is not in the book description.

Dani:  The Grim Series is as much about the faery world as it is about the mortal one. Perhaps more so – because when things aren’t going well in the Nine Realms beneath the Black Hills of Wales, the trouble is bound to spill over into human lives.

TQ:  Which character(s) in Storm Warrior surprised you the most?

Dani:  The secondary characters! I had no idea they were lurking in the wings, and it was all I could do to keep them from stealing the show! The most unpredictable was Ranyon, a small fae called an ellyl. He has a big personality for such a small creature, and he can be very surly (“many ellyllon had quick tempers and the ones Rhys had met could curse more fluently than any warrior. As elementals, they wielded a very ancient magic and were known to make up charms and spells on the fly – particularly to use against an enemy.”). Yet Ranyon ends up being one of my favorite characters!

TQ:  Your first Changeling novel, Changeling Moon, came out in 2011. What do you wish you'd known then that you know now?

Dani:  Writers are responsible for their own marketing, whether they’re independently or traditionally published. That’s a tough truth, and the art of promotion has a steep learning curve. I had computer and graphics experience, so I’ve always been able to put together a decent website and blogsite myself. However, it would have helped me to be more familiar with social media at that time.

Now, of course, I’m on Facebook a lot (probably more than I should, LOL), as well as other sites. I enjoy the connection, and I’ve met so many AWESOME people online!

As far as writing goes, I think I have more confidence in my characters now – they always seem to know what they’re doing (even if they haven’t bothered to tell me what it is).

TQ:  Are there any other genres/subgenres in addition to PNR in which you would like to write?

Dani:  I’d love to expand into urban fantasy – it might be a natural move for me, since my books tend to have a little more action and story than “pure” romance. Although there’s no shortage of passion in Storm Warrior!

I’m fascinated by Steampunk, so I’d like to experiment with that for fun. And who knows, since I grew up reading tons of science fiction and horror, I might have to try some writing in those areas too!

Handsome shapeshifter and professional smart-ass, Culley Macleod, pesters me incessantly to finish Book Four, Changeling Shadow (of which he’s the hero). I need more hours in my day!!!

Dani:  Thanks so much for inviting me to visit with you and your readers. I brought a giveaway along with me, an MP3-CD of Storm Warrior. The story is unabridged and read by actress Justine Eyre. To enter, I’d love it if your readers would leave a comment telling me some of the things they look for when choosing a PNR novel. ☺ 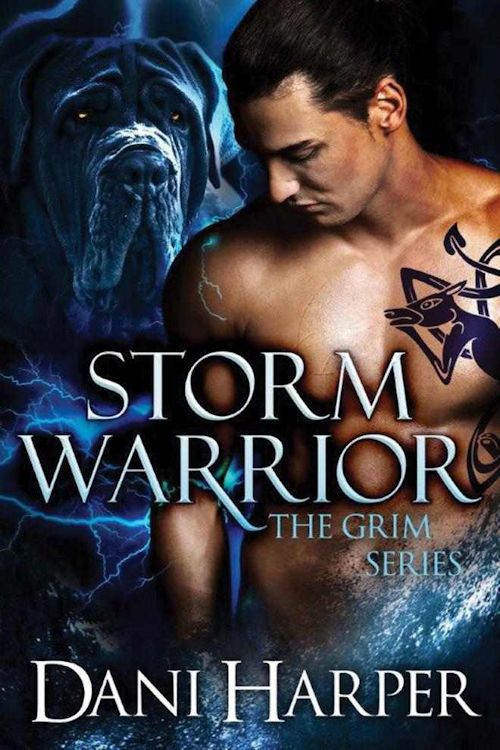 Two thousand years ago, Rhys was the fierce Celtic warrior branded by the Romans as “the Bringer of Death.” Mortally wounded in battle, he was captured by the Fair Ones, cunning and powerful masters of the Welsh faery realm. They spared his life…but for a price. As a grim, he has roamed the earth as a messenger of death—until a single act of kindness breaks the ancient enchantment and delivers him into a strange new world…

As a child, Morgan Edwards marveled at the faery tales spun by her beloved grandmother, stories of the magical beings hidden in the heart of ancient Wales. But now Morgan is all grown up, a veterinarian who believes only in what science can prove—until the night a massive black dog saves her from a vicious attack, and life as she knows it changes forever. Suddenly a stranger stands before her, the man of her dreams made flesh and blood not by science, but by a magic that could bring them their hearts’ desires...or cost them everything they have.


Morgan pressed the sharp tip of the garden hoe against the throat of the prone man. “Okay Reese, what the hell are you doing here on my front lawn? You’ve got no car, no keys and no clothes. How’d you get here?”
“My name is Rhys.” He corrected, pronouncing it with a single roll of the r, just as Nainie had said her r’s all her life. As did every Welsh person Morgan had met on her trip, from the hotel clerks to the shopkeepers to the tour directors. “And it was you brought me here.”
“I’m pretty sure I’d remember that. Now, where did you come from?”
“I was a warrior of my clan until I was captured by the Roman invaders. They forced me to fight in the arena at Isca Silurum and named me The Bringer of Death for my skills. I thought I knew hell then, but I had not truly found it until I escaped from them.”
Good grief, was he high on something? The Bringer of Death… Somebody had been playing way too many video games. “Good for you. Ten points for originality. Let me guess, you were drinking last night, and your friends decided to play a prank on you. They stole your clothes and dumped you at the wrong place. Am I close?”
“A prank.” He seemed to consider that. “Yes, you could say that a bit of a prank was played on me. I found a cave, but it turned out to be an entrance to the world below. The Tylwyth Teg found me there, and there aren’t greater pranksters to be had.”
She nearly dropped the hoe. “How do you know about the Tylwyth Teg?” Except for her grandmother, she’d never heard anyone on this side of the ocean speak of them, never mind pronounce their name correctly. The tourist shops in Wales did a booming business in faery merchandise, yet she hadn’t heard the real name of the fantasy creatures used very much even in that country. She narrowed her eyes at the man, daring him to answer.
He shrugged a little. Although she wasn’t pressing on his neck anymore, he remained prone. “The Fair Ones are cousin to men but very much older. Ancient as the mountains. It was the custom of our clan to leave offerings for them, outside the village. The Fair Ones are often bored, and they think nothing of toying with mortals for sport.”
Nainie Jones had often spoken of her childhood, told of her mother leaving milk and bread on the back step for the Tylwyth Teg. It was an offering, a gift of hospitality, she said, so they wouldn’t play tricks on the family. Morgan gripped the hoe harder to keep her hands from trembling, yet she couldn’t help but be fascinated.
“You cannot enter their territory without permission or payment,” he continued. “I had nothing to offer when they discovered me. Not even my life, as I was dying. I thought they would finish me, but instead they healed me. And that was their prank. Because then they changed me, so they could take their payment in servitude.”
Rhys—if that was even his real name—either believed what he was saying or he was a prime candidate for an Oscar. Because try as Morgan might, she couldn’t see any evidence that he was lying. He had to be crazy then, but everything about the whole situation was insane. After all, she was standing in her front yard in her pajamas, holding a naked man at the point of a garden hoe. She’d taken assertive action when she’d seen him lying in the grass, assuming he was drunk or something. Well, she’d gotten the upper hand all right.
Now what was she supposed to do with the guy? 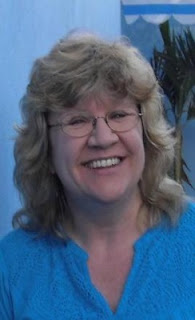 Dani Harper is a former newspaper editor whose passion for all things supernatural led her to a second career writing paranormal fiction. A longtime resident of the Canadian north and southeastern Alaska, she recently ventured south with her husband, Ron, to rural Washington to be closer to their grown children and to live the country life (Goats and chickens and pugs, oh my!).

Find out more at www.daniharper.com or stop by her Facebook Fan page at https://www.facebook.com/Dani.Harper.Fan.Page

What:  One commenter will win an MP3-CD of Storm Warrior (Grim 1) from Dani.

Who and When:  The contest is open to all humans on the planet earth with a mailing address. Contest ends at 11:59 PM US Eastern Time on August 30, 2013. Void where prohibited by law. No purchase necessary. You must be 18 years old or older to enter.