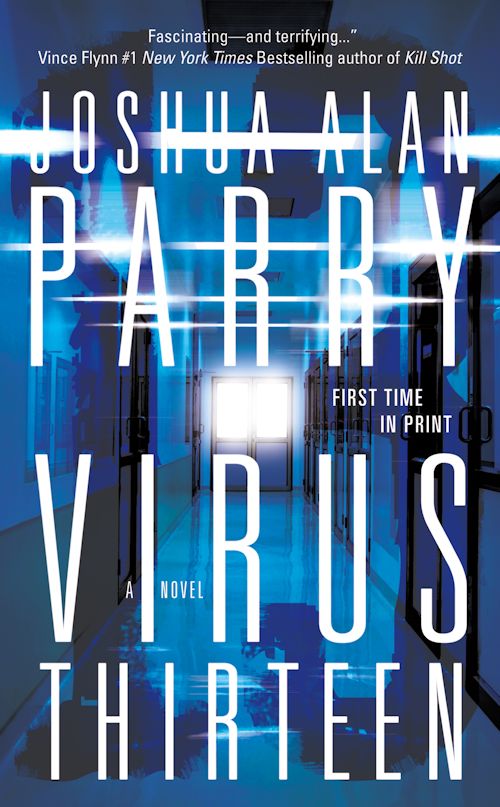 In the sci-fi thriller, Virus Thirteen, our world has become so overpopulated and polluted that global warming has gone too far to be stopped. Our over-controlling government rules Health Care with an iron fist, so smoking, being overweight and free birth is now illegal; it's just too expensive. The scientists at GeneFirm, one of the last privately owned medical facilities, have been able to engineer conception so that no future progeny will be born with cells that can contract cancer. Dr James Logan and his wife, Dr Linda Nguyen head the gene therapy department and are in the middle of revealing their newest breakthrough when the unthinkable happens. James is struck down with an illness that tests reveal is cancer. Impossible, since cancer was eradicated 40 years previously. As James researches his illness, Homeland Health Care agents Mac and Marnoy are assigned to check out reports of an aggressive flu bug and quarantine procedures at a local airport. Before long, people start dying from the virus, which is now deemed a bioterrorist attack, and GeneFirm must discover a vaccine before time runs out.

If I'm going to be honest, when Sally handed me Virus Thirteen by Joshua Alan Parry, I inwardly shuddered. Scenes from the movies Outbreak and Contagion flashed before my eyes. I'm really not a fan of "mega virus wipes out humanity" tales but all that changed before the end of the first chapter. This gripping thriller of a global pandemic and the events surrounding it, hooked me from the get go. Debut author, Parry, who happens to be a resident at the Mayo Clinic and has a B.S. in molecular and cellular biology, obviously knows his stuff. I like the fact that the author doesn't drag out the superflu symptoms but focused on the action and intrigue. The story developed, much like a relay race, passing the baton back and forth between a handful of characters that I was instantly drawn to. Some are smart, some are funny, some are diabolical and one is just plain chubby, but like pieces of a puzzle they fit together in a very satisfying fashion. The reality of a world where "Homeland Health Care" agents have free rein to harass and brutalize smokers, the overweight and the misguided doesn't seem so farfetched with the current political climate. The plot may have been a tiny bit predicable, but there were enough twists to keep me madly turning pages. I read this book in one day; it was just too hard to put down. I've caught the Virus Thirteen bug and I don't want to be cured!