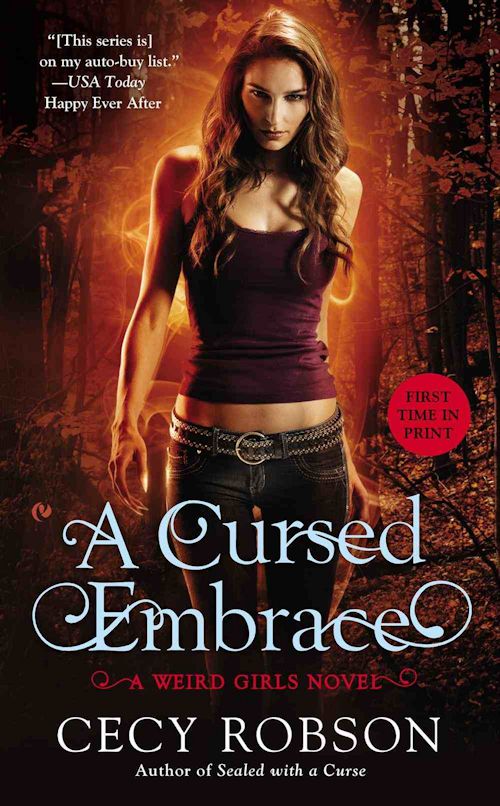 A Cursed Embrace picks up directly after the first book in the series, Sealed with a Curse. Cecy Robson pulls no punches when it comes to making life difficult for the Wird sisters. Evil is stalking them. At the same time the sisters' relationships with the werewolves are evolving. There is a lot on Celia's plate. She is the oldest of the sisters and has assumed the role as their very fierce protector. Celia also has a very soft and vulnerable side, which comes to play in the novel.

The Weird Girls series is Urban Fantasy Romance (UFR) and extremely well done UFR at that. There is romance but it does not overwhelm the story. Celia goes on an emotional roller coaster ride in A Cursed Embrace and I went right along with her. Her sisters also have romantic issues in the novel. The romances are poignant and moving throughout with some very highs and very lows. But A Cursed Embrace in not just about romance. It's full of suspense as Celia, her sisters and friends try to figure out what is going on, why this new evil seems to be focused on the Wird sisters, and how to defeat it, if possible. Ms. Robson ratchets up the tension throughout the story as she seamlessly weaves the loves and lives of the Wird sisters into an absorbing story about frightening evil. The characters don't just kick ass, they have lives too!

The pacing of the novel is terrific. There are some great action sequences, some gore, romance, some humor, and seriously awful bad guys. The ending was surprising but not entirely unexpected. Celia Wird is a fantastic UF heroine with heart.

Note:  You may read A Cursed Embrace as a standalone. 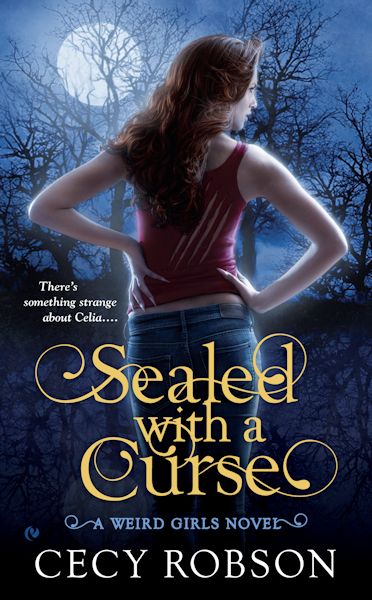 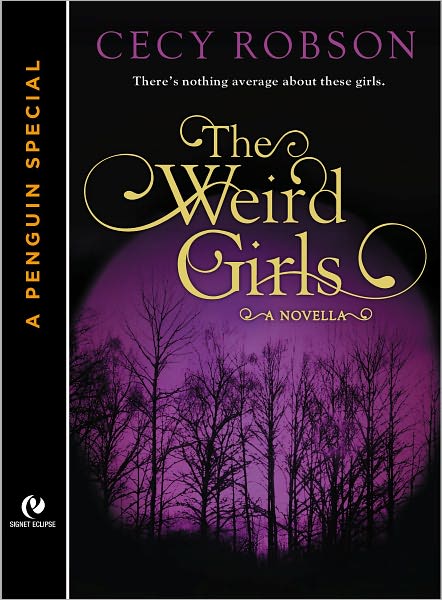 What:  One commenter will win a signed copy of A Cursed Embrace plus a bookmark, a rack card, A CURSED EMBRACE magnet and lip balm, and a signed postcard from Cecy. US  ONLY 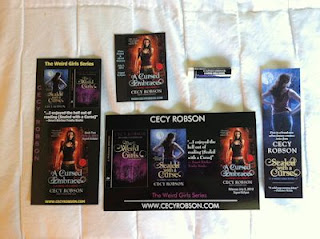 Who and When: The contest is open to all humans on the planet earth with a US mailing address. Contest ends at 11:59 PM US Eastern Time on June 30, 2013. Void where prohibited by law. No purchase necessary. You must be 18 years old or older to enter.  Please note that if you win the A CURSED EMBRACE prize package on another blog, a different winner will be chosen to be fair to the other contestants.


Check out the A Cursed Embrace Blog Tour here.

Labels: A Cursed Embrace, Cecy Robson, giveaway, review, Sealed with a Curse, The Weird Girls
Email ThisBlogThis!Share to TwitterShare to FacebookShare to Pinterest