Animal-ify a Title and Enter to Win Apocalypse Cow by Michael Logan - June 9, 2013


I absolutely adore the title to Michael Logan's debut, Apocalypse Cow. I love puns. I love pun-like things too. I like funny titles created by word or sound substitutions. So here is what you have to do to enter to win a copy of Apocalypse Cow:

Change the title of an existing book, movie, TV show, comic, etc. to somehow include an animal reference.


The winning entry will be judged completely subjectively by Michael Logan and The Qwillery's denizens - Qwill, Melanie and trinitytwo - with Michael Logan having the deciding vote if there is a tie. Be amusing! Be creative! And keep it clean! 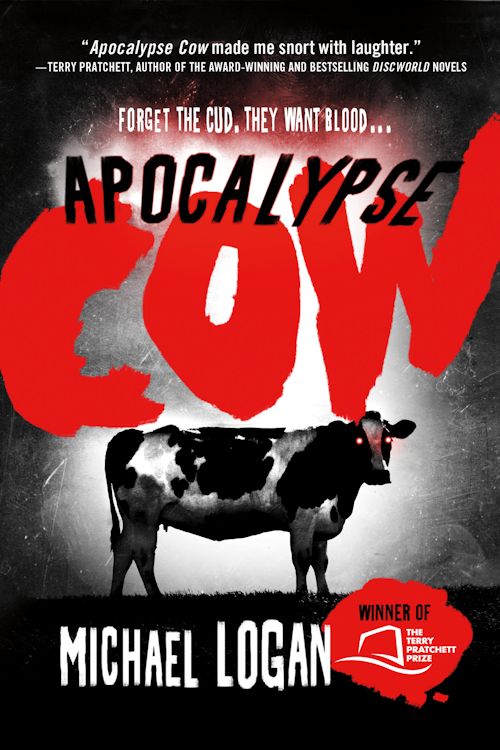 If you think you've seen it all -- WORLD WAR Z, THE WALKING DEAD-- you haven't seen anything like this. From the twisted brain of Michael Logan comes Apocalypse Cow, a story about three unlikely heroes who must save Britain . . . from a rampaging horde of ZOMBIE COWS!

Forget the cud. They want blood.

It began with a cow that just wouldn't die. It would become an epidemic that transformed Britain's livestock into sneezing, slavering, flesh-craving four-legged zombies.

And if that wasn't bad enough, the fate of the nation seems to rest on the shoulders of three unlikely heroes: an abattoir worker whose love life is non-existent thanks to the stench of death that clings to him, a teenage vegan with eczema and a weird crush on his maths teacher, and an inept journalist who wouldn't recognize a scoop if she tripped over one.

As the nation descends into chaos, can they pool their resources, unlock a cure, and save the world? 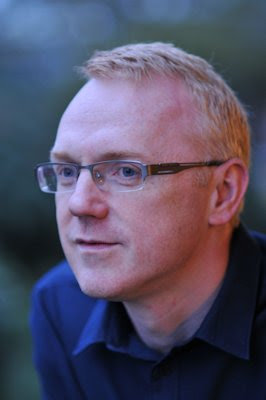 Michael Logan is a Scottish journalist, whose career has taken him across the globe. He left Scotland in 2003 at the age of 32, has lived in Bosnia, Hungary, Switzerland and Kenya, and reported from many other countries. His experience of riots, refugee camps and other turbulent situations helps fuel his writing.

Apocalypse Cow is his first novel. His short fiction has appeared in literary journals and newspapers such as Chapman and The Telegraph, and his piece We Will Go On Ahead and Wait for You won Fish Publishing’s 2008 international One-Page Fiction Prize.

He currently lives in Nairobi, Kenya and is married with a young daughter and son.

What:  One commenter will win a copy of Apocalypse Cow  from The Qwillery.

Who and When: The contest is open to all humans on the planet earth a mailing address. This contest will be judged subjectively. Contest ends at 11:59 PM US Eastern Time on June 28, 2013. Void where prohibited by law. No purchase necessary. You must be 18 years old or older to enter.