Please welcome Shona Husk to The Qwillery. The Outcast Prince, the first novel in Shona's new Annwyn series, will be published on July 2, 2013. 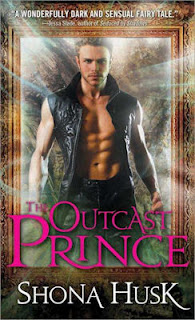 What happens after the myth?

The stories about the fairies of old had been handed orally for hundreds of years before being written down. Gwyn ap Nudd fought his brother for the thrown of Annwyn, Arawn was the Hunter (or sometimes king depending on the version read). Depending on whether you lived in Wales or Ireland also depended on the fairies name. In some King Arthur made an appearance. Until verbal lore was written it changed and different nuances were added by the story teller.

But all of it is old.

While humans have moved on, and downgraded fairies from gods to little fluttterbys of children’s tales, what have the fairies been up to?

This was the question I faced when I started writing about Annwyn. I like to draw on myth as I like to give my stories a base in the reality they once existed in. Annwyn is the underworld, and it once held significance to humans, as did the exploits of the fairies. They kidnapped women, unravelled clothing and played tricks on travellers. They tried to catch human’s in deals and take their souls or first born. They were dangerous and beautiful. They could be kind or cruel. I loved all of that, but would Gwyn still be king after all this time? And the Hunter what happened to him?

Imagining those changes is where my stories came from. Gwyn still looks young and beautiful but he is old and dying. Arawn the Hunter went mad and a new Hunter took his place during the renaissance. Felan is the Crown Prince and readying to take the throne…but he needs a human wife to have children as in my world fairies need a human to reproduce (thus the reason why they were so fond of seducing and/or taking humans and tricking them into staying in Annwyn, and only a child born in Annwyn will be fairy).

But what if a fairy’s child was born in our world instead of Annwyn? What did that make them? I decided that made them a changeling. Not quite fairy and not quite human they belong in neither world and yet both.

Tangled up in all the fairy law are the dark fairies, or the unseelie court. Ugly and generally considered evil I figured they needed a reason, so they became the banished fairies in my world, sentenced to a slow and death cut off from the magic of Annwyn.

While the old myths are an interesting starting point, I keep in mind that they were the tales humans told about fairies—not the tales a fairy would tell. When writing about the Court of Annwyn I wanted to create a new world that breathes life into the old myths and brings the happenings in Annwyn into the present day. Fairies are dangerous and deserve to be treated with caution…but they also make great heroes as they realise that they have one weakness: falling in love.


About The Outcast Prince 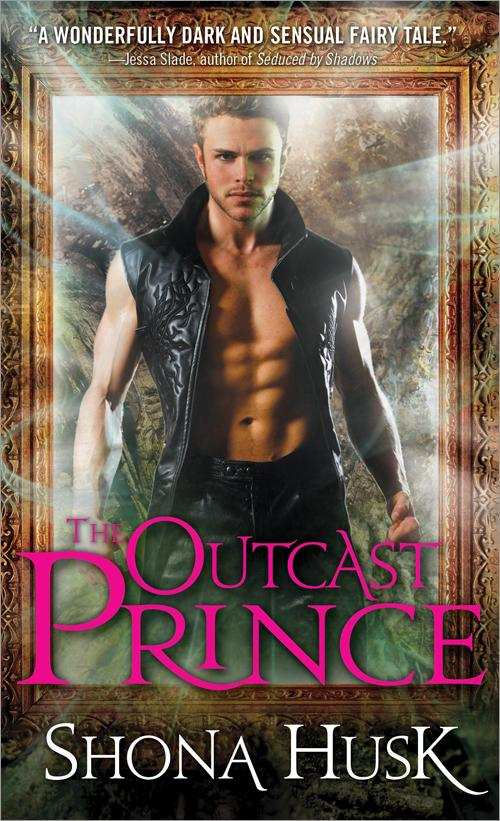 Caspian Mort can feel the history in anything he touches, a gift he inherited from his father, the Crown Prince of Annwyn. Devastated over his ex-wife's infidelity, Caspian has withdrawn from human contact except when working as an antiques dealer.

While assessing the contents of the historic Callaway House he encounters the beautiful Lydia Callaway and senses that her home is haunted by a banished fairy. But what does the dangerous exile want? Unbeknownst to Lydia, she's the owner of the last remaining portal to Annwyn—a mirror hidden somewhere in the house. To keep Lydia safe, Caspian will have to divulge the secrets of his heritage, and risk losing his heart again. Three time ARRA finalist Shona Husk lives in Western Australia at the edge of the Indian Ocean. Blessed with a lively imagination she spent most of her childhood making up stories. As an adult she discovered romance novels and hasn't looked back. Drawing on history and myth, she weaves new worlds and writes heroes who aren't afraid to get hurt while falling in love.

With stories ranging from sensual to scorching, she is published with Ellora's Cave, Samhain Publishing, Carina Press and Sourcebooks. She is represented by the Ruben Agency.

What:  One commenter will win a Mass Market Paperback copy of The Outcast Prince (Annwyn 1) by Shona Husk from The Qwillery.

Who and When: The contest is open to all humans on the planet earth with a mailing address. Contest ends at 11:59 PM US Eastern Time on July 7, 2013. Void where prohibited by law. No purchase necessary. You must be 18 years old or older to enter.

Labels: Annwyn, giveaway, Guest Blog, Lord of the Hunt, Shona Husk, The Outcast Prince, To Love a King
Email ThisBlogThis!Share to TwitterShare to FacebookShare to Pinterest