Please welcome Benedict Jacka to The Qwillery. I'm thrilled have Benedict at the blog today as part of the Cursed Blog Tour. I'm a huge fan of Benedict's Alex Verus series, which is one of my favorite Urban Fantasy series and on my automatic buy list.

Surprising Characters
One of the most fun things about writing is when your characters end up surprising you.  To begin with a character is completely your own creation:  you invent their appearance, personality, background, abilities, and everything else.  For most characters, that’s where it ends.  For the really good characters, though, it’s different.  They take on a life of their own and end up doing things that make sense based on their nature but which you really didn’t expect at the beginning.
From a writer’s point of view this is enormous fun, because it means you don’t know what’s going to happen next.  Usually the writer gets to decide everything in advance – having your characters surprise you adds a small but very welcome bit of unpredictability to the story.  Characters like this are the most interesting to write, and often the most interesting to read.
In the Alex Verus series, the characters that have surprised me the most are:

• Luna:  Luna was probably the most difficult character to write in Fated, and the one who was most heavily rewritten from first draft to finished book.  Partly it was because she was the main female character (characters of the opposite sex are always harder to write than your own) but mostly it was the problem of giving her a real personality rather than having her identity dominated by her curse.  One of the things I did out in China was write a short piece from Luna’s point of view in diary format, and it helped when I came back to do the first major rewrite.
All the work was worth it though.  Luna’s developed more and more as I’ve kept going and right now (as I’m writing Book #4), out of the whole cast I’m finding her the most fun to write.  She’s probably had more character development than anybody else in the series and she’s settled into a very good rapport with Alex.

• Arachne:  I have no idea where Arachne came from.  For some reason I’d decided that I wanted Alex to have a nonhuman friend who was very nice but physically terrifying, and I think my mental processes went something like “What’s really scary?  Oh yeah, giant spider”.  The dressmaker angle was just completely random – the spider-weaver aspect is obvious, but I really don’t know why I ran with it as far as I did.
But it worked, and somehow or other Arachne ended up turning into one of the permanent fixtures of the series.  I think she fills some kind of grounding/experience-related role among the cast of characters.  She doesn’t show up that often (usually only a couple of scenes per book) but she’s always fun to write when she does.

• Cinder and Deleo:  Cinder and Deleo started off as bit-characters for Fated.  Cinder was a thug, and Deleo was the slightly-more-competent-but-equally-threatening thug.  Once I started to work on Deleo’s background, though, she began to develop, and as I figured out the links between her and Alex’s history she turned from a simple villain into a much more complex character.  (I also worked out just why she’s so crazy, which is going to be revealed in Book #4.)  Cinder got his turn in the limelight too, in Cursed.  As a part of it I worked out a background for him as well, though I’m not sure when it’ll make its way into the books.
I think the appeal of Cinder and Deleo is the old draw of having sympathetic villains.  They’re very definitely in the bad-guy camp, but they’ve got redeeming qualities that make it hard to just dismiss them.  They make for very memorable scenes when they and Alex have a reason to co-operate, but I’ve been careful not to overuse them – I don’t want them to suffer the fate of Spike from Buffy!

There are two other characters whom I’m warming to, but I’m going to avoid mentioning them as they don’t get properly introduced until Taken.  (Well, not technically true I guess – one of them does make a cameo in Cursed.  See if you can guess who it is!)

About the Alex Verus series 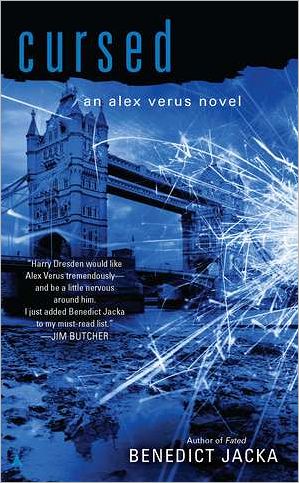 Since his second sight made him infamous for defeating powerful dark mages, Alex has been keeping his head down. But now he's discovered the resurgence of a forbidden ritual. Someone is harvesting the life-force of magical creatures—destroying them in the process. And draining humans is next on the agenda. Hired to investigate, Alex realizes that not everyone on the Council wants him delving any deeper. Struggling to distinguish ally from enemy, he finds himself the target of those who would risk their own sanity for power... 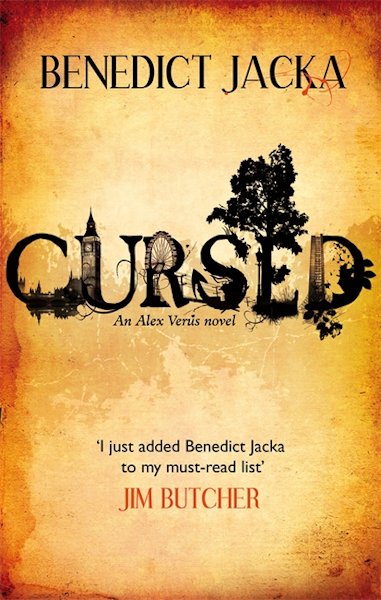 Things are going well for Alex Verus. He’s on moderately good terms with the Council, his apprentice is settling in and his shop in Camden is gaining quite a reputation.

But when a mysterious woman bursts into the Arcana Emporium one night with an assassin on her tail, Alex is thrown into a plot to revive a long-forbidden ritual. His old enemies are after the secret, as well as a Council mage named Belthas and a mercenary named Garrick, and at least one of them is trying to get Alex killed – if he only knew which.

He can see the future, but knowing who to trust is something else. 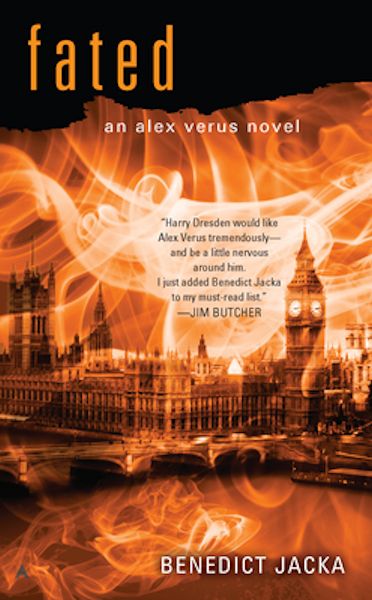 Camden, North London. A tangled, mangled junction of train lines, roads and the canal. Where minor celebrities hang out with minor criminals, where tourists and moody teenagers mingle, and where you can get your ears pierced and your shoulder tattooed while eating sushi washed down with a can of super strength beer.

In the heart of Camden, where rail meets road meets leyline, you might find the Arcana Emporium, run by one Alex Verus. He won’t sell you a wand or mix you a potion, but if you know what you’re looking for, he might just be able to help. That’s if he’s not too busy avoiding his apprentice, foiling the Dark, outwitting the Light, and investigating a highly toxic Relic that has just turned up at the British Museum.

And the US cover for Taken... 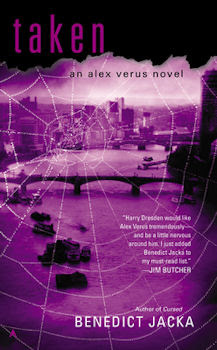 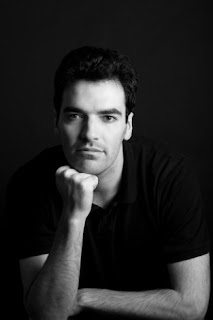 Benedict Jacka became a writer almost by accident, when at nineteen he sat in his school library and started a story in the back of an exercise book. Since then he's studied philosophy at Cambridge, lived in China, and worked as everything from civil servant to bouncer to teacher before returning to London to take up law.

What:  One commenter will win a copy of Cursed (Alex Verus 2) - print book for US or eBook for international - from Ace/Penguin!


Which book series is/are on your must buy list?
Please remember - if you don't answer the question your entry will not be counted.

Who and When:  The contest is open to all humans on the planet earth with a US mailing address for the print copy of Cursed and an email address for the digital copy of Cursed. Contest ends at 11:59pm US Eastern Time on Wednesday, June 27, 2012. Void where prohibited by law. No purchase necessary. You must be 18 years old or older to enter.


*Giveaway rules are subject to change.*
Posted by Qwill at 7:31 AM