Please welcome Madeline Ashby to The Qwillery as part of the 2012 Debut Author Challenge Guest Blogs. vN (Machine Dynasty 1), Madeline's debut, will be published by Angry Robot Books on July 31, 2012 in the US/ Canada and on August 2, 2012 in the UK/ RoW.


Gynoid Trouble
I was flying back from a trip to Intel's IXR Lab when a British ad man caught me looking at the cover of my book vN on my computer. I explained that the book was about a robot named Amy. That was Amy (and her mother Charlotte, and her grandmother Portia) on the cover.

"Does she know she's a robot?" my seat mate asked.

"Oh yes," I answered. "She knows. She's always known. She's very happy being a robot. She doesn't want to be anything else."

Saying these words aloud, I realized how odd they sounded. After all, many stories about robots are about establishing an identity. Most of this time that means that the robots, like Pinocchio, wish to become "real." The Tin Woodsman wants the Wizard to give him a heart. Little David, in both "Super-Toys Last All Summer Long" and its film adaptation, A.I.: Artificial Intelligence, longs to become a real little boy. Both Rick Deckard and Roy Batty are on a quest for authenticity; neither can find it without Eldon Tyrell's help. Commander Data wants to find Dr. Soong, so that he can have his emotion chip installed. Astro Boy wants to impress his creator, Dr. Tenma, and later his adopted father, Professor Ochanomizu. Even David Weyland, the robot in Ridley Scott's latest disappointment, Prometheus, performs a human identity to the best of his ability so that his father will recognize that he does indeed have a soul. All of these stories stem from Mary Wollstonecraft Shelley's Frankenstein, in which the Creature that Victor Frankenstein creates goes on a quest to find him, prove his humanity to him, and ultimately punish him for having abandoned him. In turn, M.W. Shelley's story stems from both the Prometheus and Satan myths: an angry creation's quest to prove himself to a distant creator, a quest that turns violent or destructive when the creator fails to appreciate his creation.

Unlike the hopes of Frankenstein's monster, the cyborg does not expect its father to save it through a restoration of the garden; that is, through the fabrication of a heterosexual mate, through its completion in a finished whole, a city and cosmos. The cyborg does not dream of community on the model of the organic family, this time without the oedipal project. The cyborg would not recognize the Garden of Eden; it is not made of mud and cannot dream of returning to dust. Perhaps that is why I want to see if cyborgs can subvert the apocalypse of returning to nuclear dust in the manic compulsion to name the Enemy. Cyborgs are not reverent; they do not re-member the cosmos. They are wary of holism, but needy for connection- they seem to have a natural feel for united front politics, but without the vanguard party. The main trouble with cyborgs, of course, is that they are the illegitimate offspring of militarism and patriarchal capitalism, not to mention state socialism. But illegitimate offspring are often exceedingly unfaithful to their origins. Their fathers, after all, are inessential.

Now, Amy is not a cyborg. She is all machine. A robot. But her family unit is cyborg: a fusion of organic and synthetic elements in the form of her robot mother and human father, who live together as a mixed-species couple. The cyborg values Haraway described appealed to me, and over time they became Amy's values and those of her family: atheism, pluralism, the rejection of origin, a commitment to designing a good life based on personal desires and not social constructs. Those are the values Amy takes out into the world when she goes on an adventure that leads her to some truths about her family and herself.

But values weren't enough. When I tried to think of stories about female robots, all I could come up with were women like Rachael Rosen in Do Androids Dream of Electric Sheep?: cold, calculating, using sex as a weapon. I thought about the Buffybot, and Data's daughter Lal, and Pris and Zhora. The Stepford Wives. The Cylons: 6, 8, etc. Deceivers, mostly, or substitutes. The mechanical brides of Frankenstein's Creature. Only Molly Millions stands out as someone you might wish you could be, someone with her own position in the world. But she's a cyborg, not a robot. The only remotely healthy models of fully gynoid subjectivity I could think of were Japanese: Motoko Kusanagi, from Ghost in the Shell (all of its iterations); Gally/Alita, from Battle Angel Alita/Gunm; Melfina, from Outlaw Star; Chii, from Chobits; R. Dorothy Wayneright from Big O, and KOS-MOS, the star of the Xenosaga RPGs.

Of those, Kusanagi's story is the one that always resonates most deeply with me. In all of her incarnations -- manga or film or television animation -- she is a woman who must confront the darkest aspects of herself and reintegrate all of her disparate elements into a coherent identity. Susan J. Napier describes Kusanagi's growth as a series of "falls" and crossed thresholds both literal and figurative. This is a classic journey from girl to goddess, in which the "devouring mother" or wicked queen of Jungian archetype must be faced and displaced so that the girl can become a woman. Similarly, the more Freudian "uncanny double" appears a great deal in stories about female robots and cyborgs: in Dick's novel Rachael and Pris are doubles; Chii has Freya; KOS-MOS has T-elos; Dorothy has R.D.; Lain Iwakura has the "wild Lain"; Rei Ayanami has multiple clones and is herself a clone of Yui Ikari. All of these doubles must be subdued for the heroine to achieve her goal. The heroine's journey is the transition from object to subject. More specifically, the gynoid heroine's journey is the transition between "automaton" to "autonomous". From a piece of consumer technology to one who can never be owned. As Rei Ayanami says, "Wastashi wa anatta no ningyo ja nai; watashi wa anatta ja nai mono." I am not your puppet; I am not your thing.

This is not to say that all women have the same journey, or that all women are the same. Haraway herself said it: "There is nothing about being 'female' that naturally binds women. There is not even such a state as 'being' female, itself a highly complex category constructed in contested sexual scientific discourses and other social practices." She wrote these words five years before Judith Butler published Gender Trouble, before "gender performativity" was a term students had to memorize. But I was thinking of both women when I wrote vN. I was also thinking about Christopher Bolton's articles on Ghost in the Shell, specifically related to bunraku puppet theatre and its relationship to the performance of both gender and humanity. Female robots, or robots coded feminine at least, would have it bad both ways, I thought. Not only would they have to be more human than human, they would have to be more woman than women.

And that seemed like a quest in and of itself. 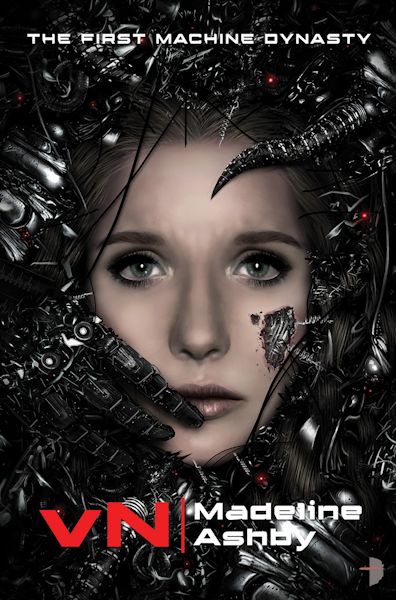 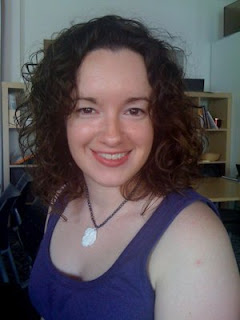 Madeline Ashby is the author of vN, available July 31 from Angry Robot Books. Her fiction has been published in Nature, FLURB, Escape Pod, and elsewhere. Her non-fiction has appeared at BoingBoing, Creators Project, WorldChanging, io9.com and Tor.com. She works as a foresight consultant in Toronto.