Please welcome Robert Jackson Bennett to The Qwillery. Robert's most recent novel, The Troupe, is one of my favorite novels of 2012 and could very well turn out to be the best novel I will read all year.  It's beautifully written, tells a fantastical story, and was very moving (read "I may have been teary at one time or another.")  And now the interview...

Robert:  I guess I write pretty fast. And I write pretty impulsively. The second I have an idea, I immediately think LET'S DO IT, only to rethink it later, so I usually have 4-6 drafts of anything I'm working on floating around in my inbox, with certain ones set aside with notes that only slightly make sense to me, like, "she doesn't die in this chapter but she does die later after the hot dog stand goes under" or "changed it so they know uncle morton is a serial molester at the fair" or "decided the talking cat was just too much."

Robert:  Pantser. I do think spontaneity is what makes some books really click. And I also think that the feeling the writer has as they write a scene reverberates through to the readers. So the more surprised and delighted I am with a scene, the more genuine it feels to read. If I've planned it in advance, I usually have to go back and edit, edit, edit to make it feel genuine, which isn't the same thing.

Robert:  Probably not having enough time to do it. If I could, I'd write and read all day. But life doesn't work that way, and besides, if it did, I'd probably get sick of this.

TQ:  What inspired you to write The Troupe, your most recent novel.

Robert:  Well, I knew I wanted to write a fairy tale, of a sort. And I've always been fascinated by the performance culture - it's a culture based around deception, one that attracts people who want to show themselves off, but when they get up onstage it's not actually them they're showing off: it's practiced artifice. Then one day I read an interesting article about how vaudeville was the first "great cultural cross-pollination of America," and that made me think, "Well, of course." And I've always loved vaudeville, so later that day when my agent asked if I had any ideas for my next novel, I said, "I think I might have had a pretty good one this morning."

TQ:  What sort of research did you do for The Troupe?

Robert:  Vaudeville isn't a well-known part of history, but it is actually well-documented. A lot of the movie stars from the beginnings of cinema started in vaudeville, so they wrote about their time there. It's actually kind of surprising how a wildly popular entertainment medium can make so much money, and generate so much press, only to be eclipsed and totally forgotten in less than twenty or thirty years. It makes you wonder which medium we're going to forget about in a couple of decades.

TQ:  In The Troupe, who was the easiest character to write and why? Hardest and why?

Robert:  Silenus was the easiest. I knew his voice and his character from the start, and he's the man who carries the plot around in a box, so to speak. He takes up a lot of the spotlight - where he went, the book followed, and I wanted to follow, too. It made it very easy.

George was actually the hardest. Urban fantasy can be difficult because a lot of its appeal comes from looking in on something wonderful - but the vantage point must be somewhat normal in order for the whole thing to work. Alice from Through the Looking Glass is a perfectly ordinary girl, and I'm not sure it would work as the story it is if she walked into it a manic depressive or a budding alcoholic or something. It'd make it a totally different story, to say the least.

So you've got to have a somewhat stable center to walk through all this madness. But stable is boring. Stable is passive. Stable sits and looks, it doesn't do. So, on the second draft, I knew I had to make George - who was at that time a somewhat boring, stock fairy tale character - into something more interesting. And the second I realized that, I knew that if this kid was real, and if he'd actually been brought up as talented and spoiled as the story suggests, he'd be a hilariously preening little jerk, at least at the start.

TQ:  Without giving anything away, what is/are your favorite scene(s) in The Troupe?

TQ:  You have written three published novels - Mr. Shivers (2010), The Company Man (2011) and The Troupe (2012) - in ostensibly three different genres. Are there any themes that you explore in all three novels?

TQ:  Describe each of your novels - Mr. Shivers, The Company Man, and The Troupe - in 140 characters or less.

Robert:  This came out a little Craigslist, but:

The Troupe: a young vaudevillian seeks to know everything and succeeds, and comes away understanding less.

TQ:  Which character from the three novels surprised you the most?

Robert:  Connelly, from Mr. Shivers. Connelly is such a blank space in the novel - he's big, silent, but watchful. But there's a scene where he finally shoots someone quite graphically, and right before he does so he whispers, "I never liked you." And that's always, always surprised me.

Robert:  My next book is American Elsewhere, coming out Spring of next year. It follows ex-cop Mona Bright, who, after a couple of rough post-divorce years, finds out she’s inherited a house that once belonged to her mother in Wink, New Mexico. But though every map and every official says the town doesn’t exist, Mona finds they’re wrong – Wink is a curiously pleasant little town constructed around a now-defunct government laboratory, like Los Alamos. But when she comes to Wink, she starts wondering – Why does this place feel so perfect? Where did these people come from, and why do they stay? And why is it that she feels she’s come back to a home she never knew she had?

Robert:  Thank you for having me! 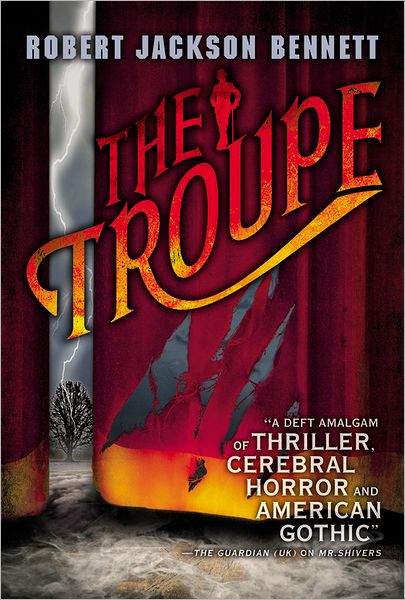 But sixteen-year-old pianist George Carole has joined vaudeville for one reason only: to find the man he suspects to be his father, the great Heironomo Silenus. Yet as he chases down his father's troupe, he begins to understand that their performances are strange even for vaudeville: for wherever they happen to tour, the very nature of the world seems to change.

Because there is a secret within Silenus's show so ancient and dangerous that it has won him many powerful enemies. And it's not until after he joins them that George realizes the troupe is not simply touring: they are running for their lives. 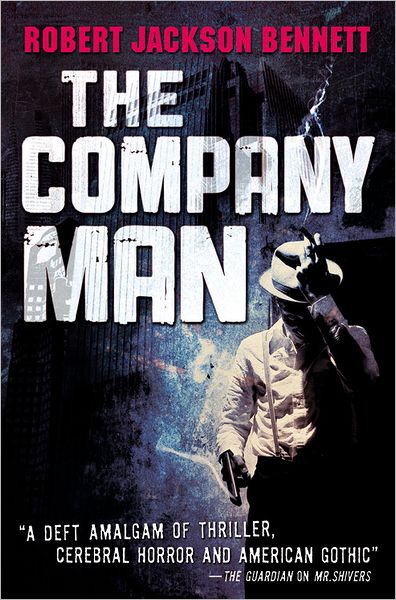 The McNaughton Corporation is the pinnacle of American industry. They built the guns that won the Great War before it even began. They built the airships that tie the world together. And, above all, they built Evesden-a shining metropolis, the best that the world has to offer.

But something is rotten at the heart of the city. Deep underground, a trolley car pulls into a station with eleven dead bodies inside. Four minutes before, the victims were seen boarding at the previous station. Eleven men butchered by hand in the blink of an eye. All are dead. And all are union.

Now, one man, Cyril Hayes, must fix this. There is a dark secret behind the inventions of McNaughton and with a war brewing between the executives and the workers, the truth must be discovered before the whole city burns. Caught between the union and the company, between the police and the victims, Hayes must uncover the mystery before it kills him. 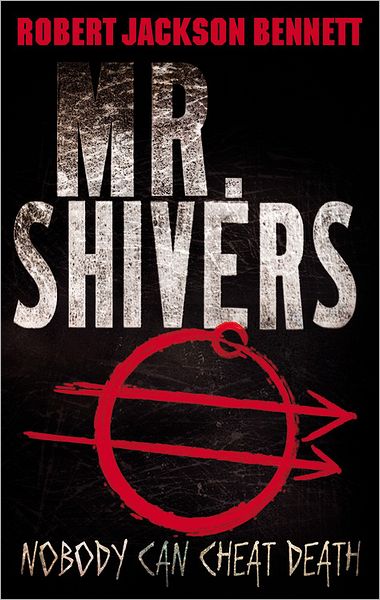 It is the time of the Great Depression.

Thousands have left their homes looking for a better life, a new life. But Marcus Connelly is not one of them. He searches for one thing, and one thing only: Revenge.

Because out there, riding the rails, stalking the camps, is the scarred vagrant who murdered Connelly's daughter.

One man must face a dark truth and answer the question - how much is he willing to sacrifice for his satisfaction? 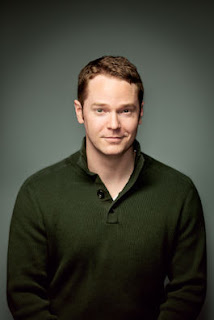 Robert Jackson Bennett's 2010 debut Mr. Shivers won the Shirley Jackson award as well as the Sydney J Bounds Newcomer Award. His second novel, The Company Man, one a Special Citation of Excellence for the Philip K Dick Award, as well as an Edgar Award for Best Paperback Original. His third novel, The Troupe, is out now to wide acclaim.

He lives in Austin with his wife and son. He can be found on Twitter at @robertjbennett.

What:  One commenter will win a copy of The Troupe from The Qwillery.


What is the best novel that you've read this year (so far)?
Please remember - if you don't answer the question your entry will not be counted.

Who and When:  The contest is open to all humans on the planet earth with a mailing address. Contest ends at 11:59pm US Eastern Time on Wednesday, June 20, 2012. Void where prohibited by law. No purchase necessary. You must be 18 years old or older to enter.


*Giveaway rules are subject to change.*
Posted by Qwill at 8:50 AM