This is going to be an exciting week. Most of the blog anniversary contests will be announced on Wednesday via vlog and blog. At the moment, there will be four giveaways with different themes - vampire, were/shifter, zombie, and Comic Con. At least 3 of the themed packs will include a beautiful piece of jewelry from Cemetery Cat Jewelry.

I saw some really fun products at New York Comic Con. Here are some of my favorites.

These little magnetic balls are ridiculously fun. I bought them for my son, but I love playing with them. They come in 4 colors: Original, Black Nickel, Silver, and Gold.

The Android Mini Collectables are adorable! They have movable arms and a rotating head, but basically just sit there looking exceptionally cute. The first series is difficult to find now. I've been told a second series is being released next year and should be easier to find in stores.

My favorite from the first series is Copperbot. It's steampunk. Here is Copperbot with Android: 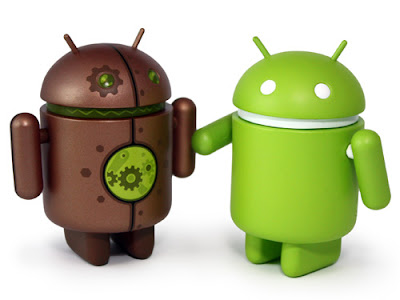 There is also a Copperbot T-Shirt, which is available from Dead Zebra, Inc. 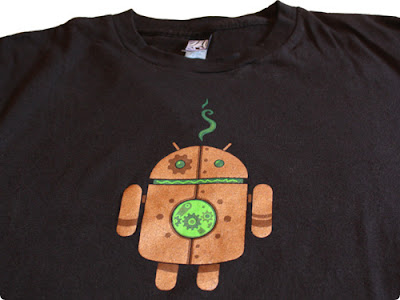 I admit I bought the Tshirt.
Uglydolls:﻿
I knew about UglyDolls before NYCC, but there was something utterly charming about the giant Uglydolls walking around New York Comic Con.  Here is a picture of my 'intern' with Big Toe: 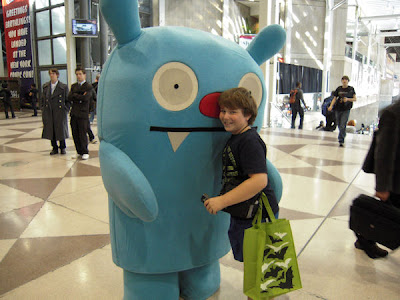 We adopted a couple of UglyDolls - Ice Bat and Ugly Corn (a unicorn) that was available for the first time at NYCC. If you ever have a chance to read the outside of the Action Figure boxes do so. They are very, very amusing.
Here is my favorite - Ice Bat 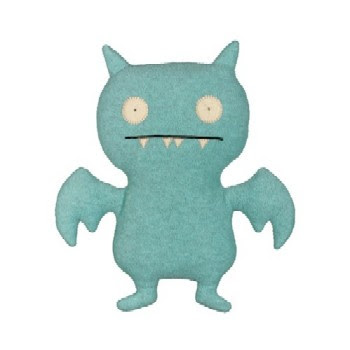 There will be more about NYCC during the week. There will be no New Release Tuesday Vlog because 1) there is only 1 book I'm picking up tomorrow and 2) my voice is sort of gone at the moment. Cons do that to me. Wednesday there will be vloggery and contest announcements. On Thursday look for a post about the awesome comics I found at NYCC. On Friday there will be photos.
Posted by Qwill at 12:38 PM