Alethea:  Ha! My writing group (The Codex Writers -- www.codexwriters.com) could probably answer this better than I could. What someone else sees as a quirk I no doubt find perfectly normal. I'm not that different from any other writer.

Oh, wait! Yes, I am. I don't have a cat, nor do I ever intend to own a cat. There are but a few of us out there in the genre -- Kate Elliot and Kat Richardson and I decided recently to create a club called "Les Belles Dames Speculatif Sans Chats." We will wear little black dresses and meet at the super-collider and own dogs if we want to. (It's amazing what sort of trouble Twitter can get you into.)

Alethea:  I don't have a memory of a time when I couldn't read -- choosing a favorite writer is like choosing a favorite star in the sky. But my writing definitely has influences: Robin McKinley, Diana Wynne Jones, Grimm and Andersen, Lloyd Alexander, Meredith Ann Pierce, Jane Yolen, Roald Dahl, Wendy & Richard Pini, and Bill Watterson...to name a few.

TQ:  You've quite a few horror shorts published in 2010 some scifi and some fantasy. Do you have a favorite?

Alethea:  I made a list the other day -- I published ELEVEN short stories in 2010. That's half the number of stories I've published in my entire life. The mind boggles. And once again, there are too many favorites.

"Sweetheart Come" is up at the top of the list because it's the type of story I started writing when I was a teen -- told stories in the tradition of Grimm and Anderson, this one a legend that includes old magic and music and poetry and love conquering all. I wish all my stories came out as perfectly as this one did. The saga of its publication is amazing too: I was asked to be in an anthology called Up Jumped the Devil, with stories based on the songs of Nick Cave. My little sister chose the song. The third time I listened to it, the story just told itself to me. John Skipp loved "Sweetheart Come" so much he stole it away and got permission from the publisher to release it this year in his Werewolves and Shapeshifters anthology. I'm the coveted last spot in the book, right next to Neil Gaiman. In every way, this story is a dream come true.

TQ:  AlphaOops!: The Day Z Went First was published in 2006 with the sequel AlphaOops!: H is for Halloween published earlier this year. Why books for children? Is there a further sequel in the works?

Alethea:   Luc Reid, founder of the Codex Writers Group, always called me Backwards Girl for how I (intentionally or not) go about doing things. My dream in life has always been to publish young adult novels and win the Newbury (and now the Norton!) Award, because those were the books I always loved. Ellen Raskin, Lois Lenski, Astrid Lindgren -- these are the authors I checked out of my library. These authors helped me decide what kind of person I wanted to be. Imagine if *I* could be one of those authors!

So what did I do? I wrote a cute little story about the alphabet fighting, gave it to a friend, and accidentally got published in the toughest area of publishing to break into: picture books. Then I went and edited a critically acclaimed anthology--to benefit the children of the 2004 Indian Ocean tsunami, to get my name known in the SF world, and to impress a boy. On the heels of that, one of my best friends asked me to write a encyclopedic companion to her well-known paranormal romance series. How could I say no? Meanwhile, a small press asked me to gather up a bunch of my blog essays, and in a fit of inspiration I sat down for a few hours and hammered out another story about the alphabet fighting...only this time on Halloween. At which point it occurred to me that I should probably get an agent.

Here it is now, six years after that first contract. I've been reviewed in the New York Times, and been a bestseller there, too. I'm no dummy -- I've stumbled into some amazing opportunities, and I've jumped at every one. But only now, FINALLY, I have sold my very first young adult novel to Houghton Mifflin Harcourt. It's called SUNDAY, and will be released in 2012. I don't know if it will win all those fabulous awards or not (a girl can dream), but I'm finally where I've been trying to get all along. It's been a long, windy road here...but an amazing adventure. And, yes, more than just a little bit backwards.

As for another AlphaOops book...I can neither confirm or deny the existence of such an item. But if we all cross our fingers and clap for fairies, I might have some good news to share soon!

TQ:  Is there any genre or genres in which you would like to write?

Alethea:  I wish I could write mysteries, but the concept totally eludes me. I love watching Bones and Lie to Me and CSI; I love reading JT Ellison and Agatha Christie and Barbara Michaels and thinking, how do they DO that? How do they withhold all that information and dole it out in tiny little pieces until the big reveal at the end? What do their outlines look like? It must be like drawing mazes. I am amazed and awed every time.

TQ:  If you could dine with 3 people from history, who would they be?

Alethea:  Number One would be my grandfather -- my father's father -- Soterios Kontis. I never had the good fortune to meet him. He was a Greek pirate during the Nazi occupation in WWII, he was instrumental in the assassination of Che Guevara, and I imagine he told some great stories about his travels around the world. Plus, the dinner would be amazing. We Greeks love our food.

Number Two would be Roald Dahl. He's one of the authors I regret never writing a fan letter to while he was alive. (You should always write fan letters to your favorite authors!) He strikes me as an amazing sort of man who also stumbled into a lot of amazing opportunities...but all the while keeping that dark, childish sensibility. I imagine we'd get on famously.

Number Three would have to be a British Queen -- if I have all of history to choose from, perhaps Victoria. Or QE I. My Nana taught my sister and me when we were very young how to take our tea and how to eat eggs with the queen. She would be delighted if I had the chance to put her teachings to practical use.

Alethea:  This month I'm sending off a YA horror novel to my agent, I'm writing a story for another anthology, and then it's NaNoWriMo! *happy dance* I know exactly what sort of trouble I want to get into this time. I call it YA Suburban Fantasy.

TQ:  Thank you for joining us at The Qwillery today.


About Alethea's Books and Stories 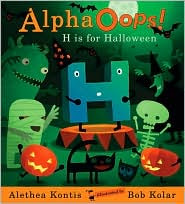 H gets top billing — but a stubborn B has something scary to say — as the inside-out alphabet gives a howl-arious Halloween performance.

Ack! It’s time for the show, and A isn’t ready. But then again, Halloween can only start with one letter, no matter how the A-B-Cs normally go! The misbehaving alphabet is back, and there’s no telling who will take the stage next. Z for zombie? P for pirate? Will X think of something good in time? Neon-bright, comically detailed illustrations show a cacophony of costumed letters, each with a mind and personality all its own. Along the bottom, tiny pumpkins arrange the players in proper order, making this alphabet story letter-perfect for Halloween. 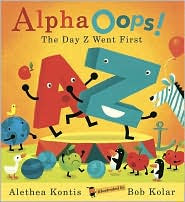 It's backwards! It's inside out! It's every letter for itself! This laugh-out-loud romp is not your average alphabet book!

Z is tired of always having to be last when the alphabet family lines up. He is demanding fair and equal treatment! The letters (more or less) agree to go backwards, but it's not long before P has some ideas of his own. And so does H, for that matter. In fact, it seems as if almost every letter has a different opinion about how the alphabet should be arranged. It's chaos! It's pandemonium! And it's definitely not as easy as A-B-C! Filled with visually humorous details, Bob Kolar's colorful illustrations are the perfect foil for Alethea Kontis's snappy story about the comic confusion that comes when the letters of the alphabet, like a class of unruly children, step out of order and show that each one has a mind of its own. 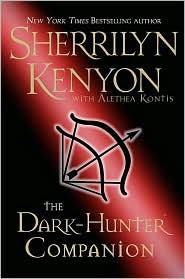 Consider this handbook your education. Hunter 101. And don't go thinking you got off easy just because there's not a pop quiz at the end. This is the good stuff. The real deal. In here you'll find out all there is to know about being a Dark-Hunter.

Now for the disclaimer: This book is mutable. It goes with the wind. It changes more often than the mind of a sixteen-year-old Gemini with a closet full of clothes and a date in an hour. Don't be surprised if you open it up for the thirty-five thousandth time and find something old, something new, something borrowed or. . .well you get the point.

Curl up in a comfy chair with some millennium-old scotch and feast upon the informative banquet I have prepared for your enjoyment.

Welcome to your new life.

---From the Dark-Hunter Companion 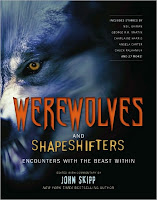 Werewolves and Shape Shifters: Encounters with the Beasts Within 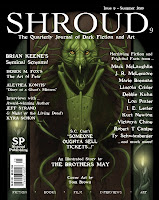 “Diary of a Ghost’s Mistress”

The Four Horsemen: An Anthology of Conquest, War, Famine & Death

For a full listing of Alethea's short stories, please visit her website here.
About Alethea 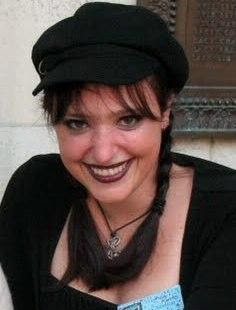 Alethea Kontis is the New York Times bestselling author of the AlphaOops series of picture books and Sherrilyn Kenyon's Dark-Hunter Companion. Her debut young adult novel, Sunday, will be released in 2012 by HMH. Her short fiction and poetry have appeared in numerous magazines and anthologies. She can be found online narrating short fiction for Apex Magazine, reviewing books for Orson Scott Card's Intergalactic Medicine Show, or blathering on at her own website: www.aletheakontis.com. Alethea currently lives in Northern Virginia with her Fairy Godfamily and a teddy bear named Charlie.

What: AlphaOops!: H is for Halloween

You can receive additional entries by:

Who & When: The contest is open to all humans on the planet earth with a mailing address. Contest ends at 11:59pm US Eastern Time on Wednesday, November 03, 2010.

*Giveaway rules are subject to change.*
Posted by Qwill at 10:44 AM