Here are some of the upcoming June 2020 novels by formerly featured Debut Author Challenge (DAC) Authors! The year in parentheses is the year the author was featured in the DAC. 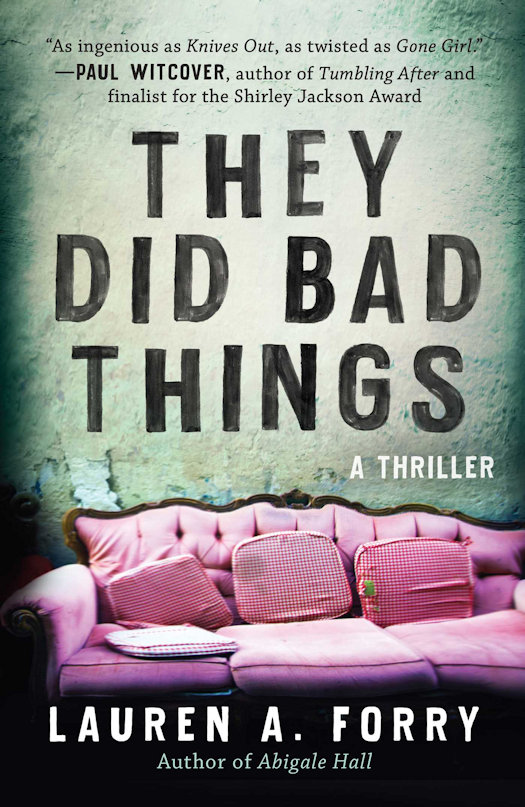 And Then There Were None meets The Last Time I Lied in this dark and twisty psychological thriller.

In 1995, six university students moved into the house at 215 Caldwell Street. Months later, one of them was found dead on the sofa the morning after their end-of-year party. His death was ruled an accident by the police. The remaining five all knew it wasn’t, and though they went on with their lives, the truth of what happened to their sixth housemate couldn’t stay buried forever.

Twenty years later, all five of them arrive—lured separately under various pretenses—at Wolfheather House, a crumbling, secluded mansion on the Scottish isle of Doon. Trapped inside with no way out and no signal to the outside world, the now forty-somethings fight each other—and the unknown mastermind behind their gathering—as they confront the role they played in their housemate’s death. They are given one choice: confess to their crimes or die.

They Did Bad Things is a deviously clever psychological thriller about the banality of evil and the human capacity for committing horror. 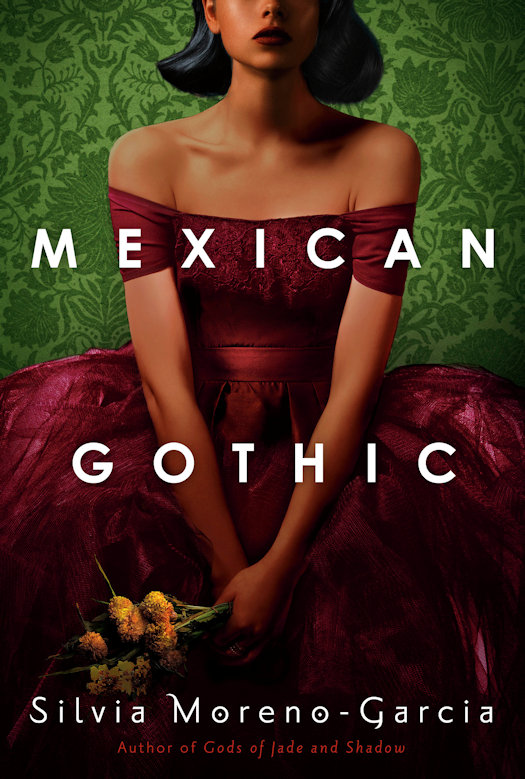 An isolated mansion. A chillingly charismatic artistocrat. And a brave socialite drawn to expose their treacherous secrets. . . .

From the author of Gods of Jade and Shadow comes “a terrifying twist on classic gothic horror” (Kirkus Reviews) set in glamorous 1950s Mexico—“fans of classic novels like Jane Eyre and Rebecca are in for a suspenseful treat” (PopSugar).

After receiving a frantic letter from her newly-wed cousin begging for someone to save her from a mysterious doom, Noemí Taboada heads to High Place, a distant house in the Mexican countryside. She’s not sure what she will find—her cousin’s husband, a handsome Englishman, is a stranger, and Noemí knows little about the region.

Noemí is also an unlikely rescuer: She’s a glamorous debutante, and her chic gowns and perfect red lipstick are more suited for cocktail parties than amateur sleuthing. But she’s also tough and smart, with an indomitable will, and she is not afraid: Not of her cousin’s new husband, who is both menacing and alluring; not of his father, the ancient patriarch who seems to be fascinated by Noemí; and not even of the house itself, which begins to invade Noemi’s dreams with visions of blood and doom.

Her only ally in this inhospitable abode is the family’s youngest son. Shy and gentle, he seems to want to help Noemí, but might also be hiding dark knowledge of his family’s past. For there are many secrets behind the walls of High Place. The family’s once colossal wealth and faded mining empire kept them from prying eyes, but as Noemí digs deeper she unearths stories of violence and madness.

And Noemí, mesmerized by the terrifying yet seductive world of High Place, may soon find it impossible to ever leave this enigmatic house behind.

A Declaration of the Rights of Magicians
The Shadow Histories 1
Redhook, June 23, 2020
Hardcover and eBook, 544 pages 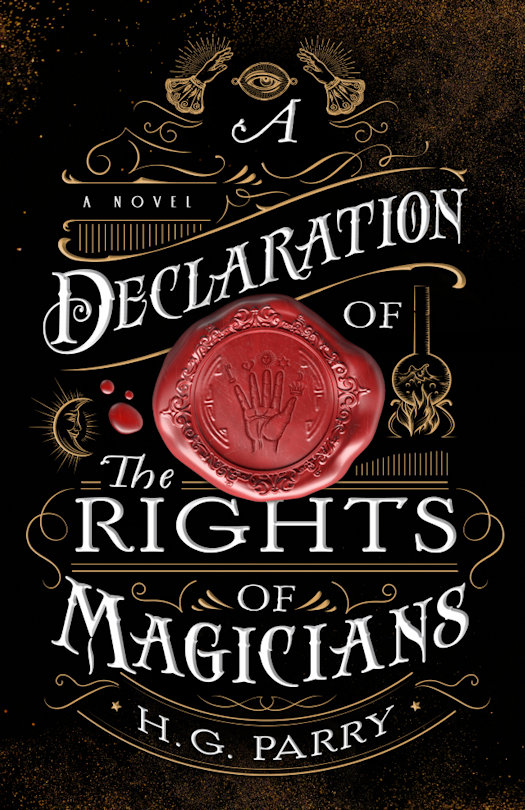 A sweeping tale of revolution and wonder in a world not quite like our own, A Declaration of the Rights of Magicians is a genre-defying story of magic, war, and the struggle for freedom in the early modern world.

It is the Age of Enlightenment -- of new and magical political movements, from the necromancer Robespierre calling for revolution in France, to the weather mage Toussaint L'Ouverture leading the slaves of Haiti in their fight for freedom, to the bold new Prime Minister William Pitt weighing the legalization of magic amongst commoners in Britain and abolition throughout its colonies overseas.

But amidst all of the upheaval of the early modern world, there is an unknown force inciting all of human civilization into violent conflict. And it will require the combined efforts of revolutionaries, magicians, and abolitionists to unmask this hidden enemy before the whole world falls to darkness and chaos.

For more from H. G. Parry, check out The Unlikely Escape of Uriah Heep.