Review: Beyond the Pool of Stars and Through the Gate in the Sea by Howard Andrew Jones 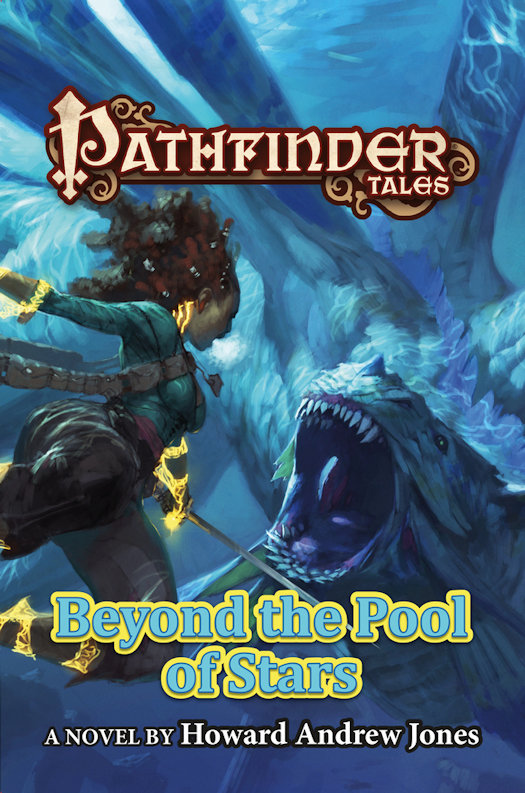 From critically acclaimed author Howard Andrew Jones comes a fantastical adventure of deep-water danger and unlikely alliances in Pathfinder Tales: Beyond the Pool of Stars, set in the award-winning world of the Pathfinder Role playing Game. 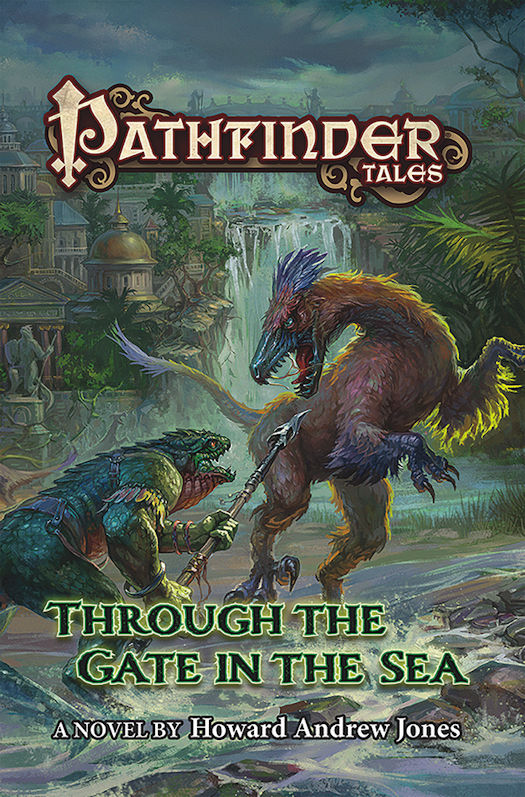 Deepwater salvager Mirian Raas and her bold crew may have bought their nation’s freedom with a hoard of lost lizardfolk treasure, but their troubles are only just beginning in this sequel to Beyond the Pool of Stars.

When Mirian’s new lizardfolk companions, long believed to be the last of their tribe, discover hints that their people may yet survive on a magical island, the crew of the Daughter of the Mist is only too happy to help them venture into uncharted waters. Yet the perilous sea isn’t the only danger, as the devil-worshiping empire of Cheliax hasn’t forgotten its defeat at Mirian’s hands, and far in the east, an ancient, undead child-king has set his sights on the magical artifact that’s kept the lost lizardfolk city safe all these centuries.

Pathfinder is the world's bestselling tabletop role-playing game—now adapted as a series of novels.

Howard Andrew Jones is an inventive and talented author that has created sea and land-based fantasy adventures. Beyond the Pool of Stars and Through the Gate in the Sea are two stand-alone novels that share the same cast of characters. If you’d like to read them in order start with the Beyond the Pool of Stars, but truly you can read either book in any order.

Mirian Raas is the protagonist for both books. Mirian grew up in a family of underwater ship scavengers. With her inherited magical items that give her some awesome powers, she leads a life of adventure fighting off pirates and monsters with her crew on the ship Daughter of the Mist.

In Beyond the Pool of Stars, Mirian’s father dies, leaving her to finish his last job reclaiming a treasure that has the potential to leave two group of civilizations at war. This one kept me on my toes through the entire read. It’s full of adventure and exotic locations. I have to say that I’ve never read a book with underwater treasure hunting before and I really enjoyed experiencing something new. It’s rare these day to be surprised by stories.

Jones continues to expand on the adventures stories in Through the Gate in the Sea. This time, Mirian Raas picks up a new Lizardfolk crew member and helps him seek out the long lost homeland that has captured the attention of an undead ruler.

The best thing about Jones’s style is that it reminds me of a modern-day pulp writer, which for me is the highest of compliments. I love the quick pace of the story, the nonstop action, and imaginative cast of characters and storyline. I never got bored and I was left wanting just a few more chapters. I’d recommend either book to any fantasy reader. There is nothing in the content of either story that would keep me from recommending it to Teens to Adults.


On a Completely Separate Side Note: This will be my last review of new to current books. I’ve loved the last six years of reviewing books for The Qwillery, but now that my children are getting older, my free time is dwindling. I will, however, be submitting RetroReviews from time to time, so I hope you’ll keep your eyes out for those. Thank you for your support and keep reading.
Posted by Qwill at 6:00 AM