Please welcome Cassie Alexander to The Qwillery. Cassie is the author of the Edie Spence Urban Fantasy series.  Deadshifted (Edie Spence 4) will be published on December 31, 2013. 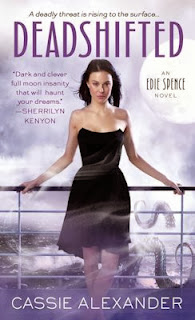 TQ:  Welcome back to The Qwillery. What do you know now that you wish you'd known when the first novel in the Edie Spence series, Nightshifted, was published?


What I really wish I'd done differently was not freak out about reviews and sales so much. it's taken me four books to kind of get zen about the process, and accept that readers do their reading thing, and I do my writing thing, and hopefully those things overlap, but it's not worth obsessing over. I think the first week Nightshifted came out I only slept 3 hrs a night, I was checking Amazon and Goodreads so often.

TQ:  Please tell us something about your newest novel Deadshifted (Edie Spence 4) that we won't find in the book description.

Cassie:  (Goes and reads book description....I know what I wrote, but not what they wrote! ;))

In this book, Edie's pregnant. That's a big reveal, but it happens right up front, so I don't feel bad sharing it with y'all. It puts a big crimp in her usual level of selflessness.

TQ:   How has Edie changed over the course of the 4 novels in the series so far?

Cassie:  I think over the course of the series, Edie's become both more pragmatic, and more entrenched in who she is. Over the course of the first three books, Edie was tested personally -- by her job, and by doing repeatedly what needed to be done. She got out of the game and then was pulled back in again -- but now she knows what she wants to do with her life. So Deadshifted isn't about testing her anymore -- but testing the limits of her relationship with Asher.

Cassie:  I think Asher keeps surprising me. He's surprisingly fun to write. Bad guy past, trying to be a good guy now, while painfully aware of who he is and what he's done.

My favorite bad guy was Dren...but in Bloodshifted, we meet Gemellus, who is shockingly bad. (Who also happens to have been Caligula's brother, back in the day....)

I don't want to say that none of my characters are hard to write because that's untrue, and feels like I'd be jinxing me, but at the same time, all of them flow when their time comes, when I'm doing it right. It's getting to the right scene with the right motivation that's the hard part, but that's not them, it's me.

TQ:  Are there any other genres in which you would like to write in addition to urban fantasy?

Cassie:  I've started dabbling in some erotica, which is now on my agent's desk.

Cassie:  I've been working on a contemporary YA novel for a little bit here for fun -- if it happens, don't worry, I'll tell the world ;). 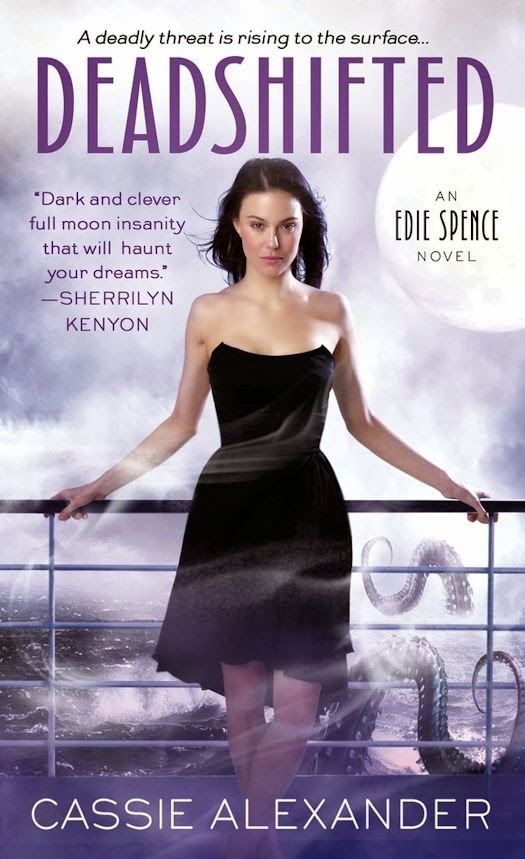 As Nurse Edie Spence embarks on her latest supernatural adventure from Cassie Alexander, the perils of the deep threaten to pull her under…

Edie Spence is in desperate need of a vacation—some R&R away from the craziness that shadows her as a nurse dealing with paranormal patients. But as she and her shapeshifter boyfriend, Asher, set sail on a cruise for Hawaii, they’ll realize that seasickness isn’t the only thing threatening their romantic getaway….

While on board, Asher comes face-to-face with Nathaniel, an old nemesis from his dark past. Asher is convinced he’s up to no good…especially when passengers start to come down with a mysterious illness unlike anything Edie and Asher have ever encountered. Soon Edie finds herself fighting for the life of the one person who means the most to her—Asher. As chaos explodes, will Edie be able to save their future together…or will this close encounter with the paranormal side be her last? 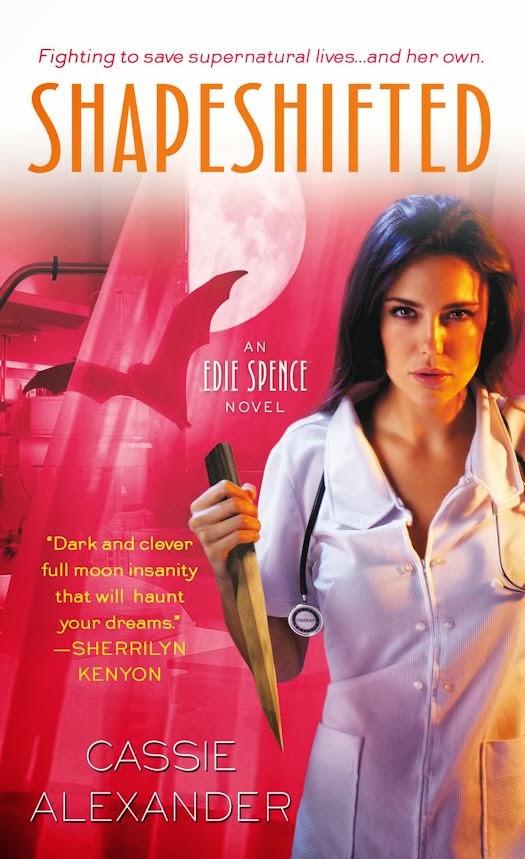 Nurse Edie Spence is once again called upon to save a life…and this time, it’s personal. Can her new community of zombies, vampires, and shapeshifters come to her rescue when she needs them most?

When Edie was fired from her paranormal nursing job at County Hospital, her whole world came crashing down. Now she’s is once again shaken to her core. Her mother is deathly ill and there’s only one thing that will save her: vampire blood. But with the paranormal community shunning Edie, where can she obtain it…without losing her own life in the process?

Edie hopes to procure it at her new job at the clinic across town, where the forces of evil loom large. Vampire gang wars are rampant. Old underground enemies are rising to the surface. And Edie’s zombie ex-boyfriend has arrived at the scene—but is he the same man he used to be? And what should she make of the enigmatic doctor with whom she shares an unexpected connection? She’ll have to figure it out soon, because all hell is about to break loose—literally—and time is running out…

From Cassie Alexander comes the third book in the Edie Spence series. 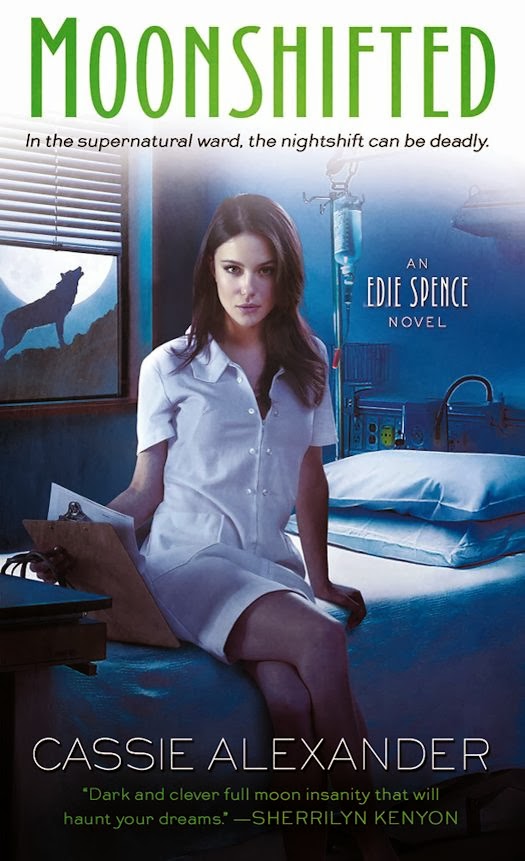 After surviving a brutal vampire attack, Nurse Edie Spence is ready to get back to work—attending to supernatural creatures in need of medical help. But her nursing skills are put to the test when she witnesses a hit-and-run on her lunch break. The injured pedestrian is not only a werewolf, he’s the pack leader. And now Edie’s stuck in the middle of an all-out were-war…

With two rival packs fighting tooth and nail, Edie has no intention of crossing enemy lines. But when she meets her patient’s nephew—a tattooed werewolf named Lucas with a predatory gleam in his eye that’s hard to resist—Edie can’t help but choose sides. The question is: can she trust this dangerous new ally? And can she trust her own instincts when she’s near him? Either way, Edie can’t seem to pull away—even if getting involved makes her easy prey… 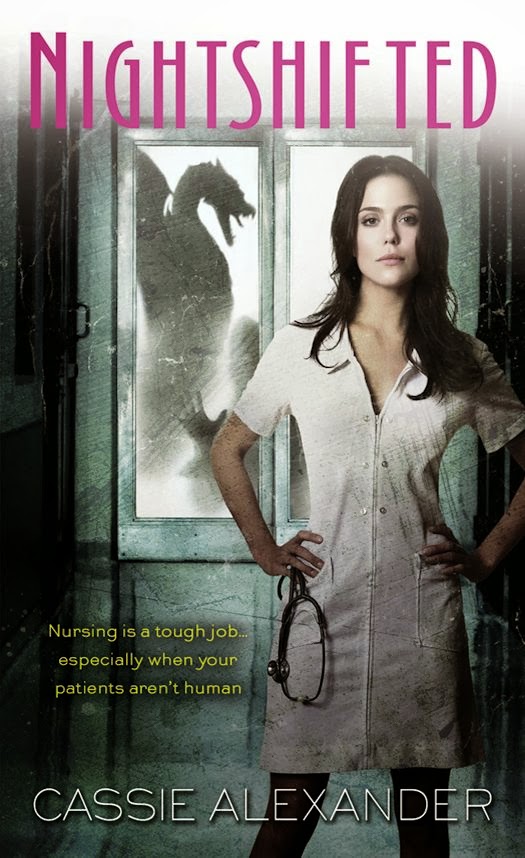 From debut author Cassie Alexander comes a spectacular new urban fantasy series where working the nightshift can be a real nightmare.

Nursing school prepared Edie Spence for a lot of things. Burn victims? No problem. Severed limbs? Piece of cake. Vampires? No way in hell. But as the newest nurse on Y4, the secret ward hidden in the bowels of County Hospital, Edie has her hands full with every paranormal patient you can imagine—from vamps and were-things to zombies and beyond…

Edie’s just trying to learn the ropes so she can get through her latest shift unscathed. But when a vampire servant turns to dust under her watch, all hell breaks loose. Now she’s haunted by the man’s dying words—Save Anna—and before she knows it, she’s on a mission to rescue some poor girl from the undead. Which involves crashing a vampire den, falling for a zombie, and fighting for her soul. Grey’s Anatomy was never like this… 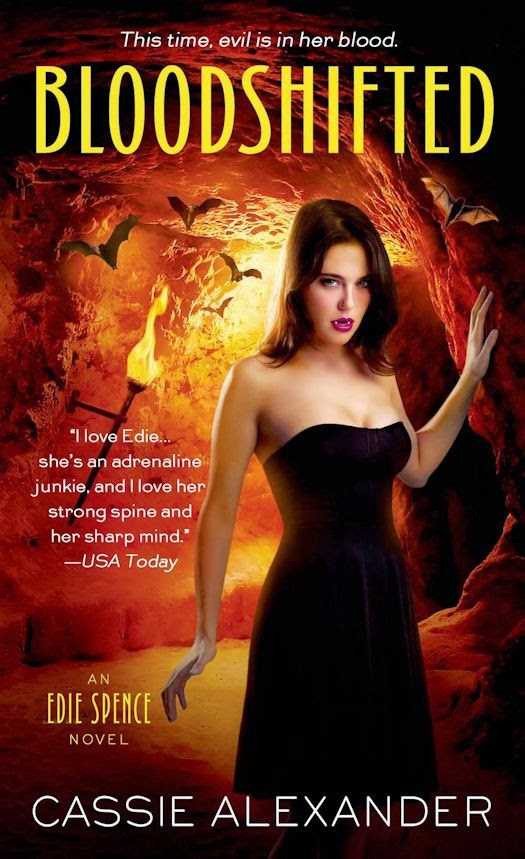 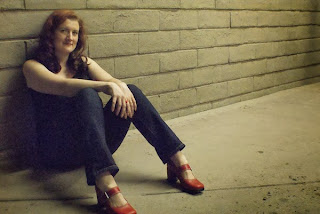 Cassie Alexander is a registered nurse and the author of the Edie Spence urban fantasy series, comprised of Nightshifted, Moonshifted, Shapeshifted, Deadshifted (out 12/31!) and Bloodshifted (01/07/2014).

What:  One commenter will win a Mass Market Paperback copy of Deadshifted (Edie Spence 4) from The Qwillery.

Who and When:  The contest is open to all humans on the planet earth with a mailing address. Contest ends at 11:59 PM US Eastern Time on December 31, 2013. Void where prohibited by law. No purchase necessary. You must be 18 years old or older to enter.


*Giveaway rules and duration are subject to change without any notice.