Please welcome Guy Adams to The Qwillery. Guy's most recent novel is the 2nd in his Heaven's Gate Trilogy: Once Upon a Time in Hell. It has a wonderfully vertiginous cover! 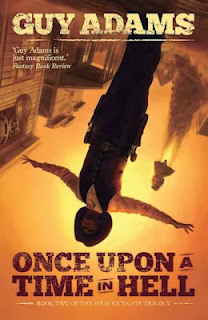 ‘Write about what you know,’ you say. But where’s the fun in that?

My latest book is the second in a trilogy of weird westerns that form the HEAVEN’S GATE trilogy (always name your books after either: a) notoriously unwatchable movies that bankrupt their studio or b) Loony cults who commit mass suicide, it makes your publisher cry). It’s called ONCE UPON A TIME IN HELL and it contains lots of things I have no personal experience of.
So there. Next time, if you insist, I will stick to what I know but I hope you’re all prepared for 80,000 words about a silly man and his dog talking to the lizards that live in his walls.

Actually, now I say that, it doesn’t sound too bad. 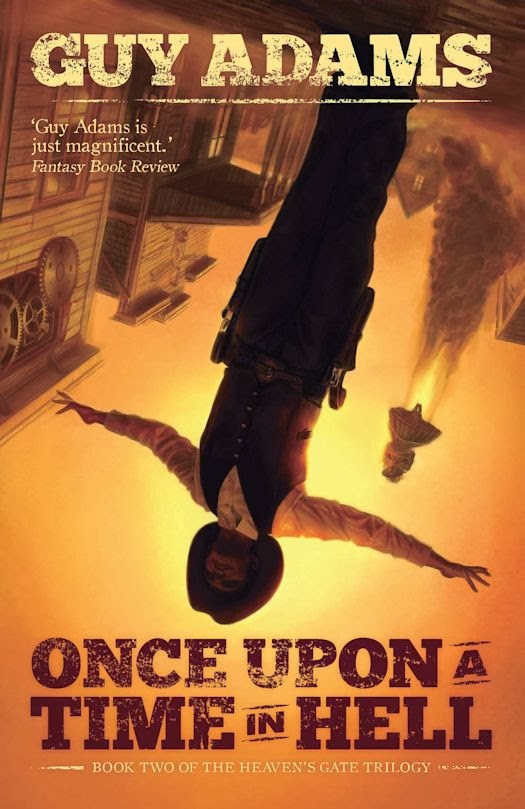 Book two of The Heaven's Gate Trilogy. A weird western, a gun-toting, cigarrillo-chewing fantasy built from hangman’s rope and spent bullets. The west has never been wilder. A Steampunk-Western-Fantasy from Guy Adams.

"Heaven? Hell? There's no difference. Angels, demons, we're all a bit of both. This could be the most wondrous place you ever experience or so terrifying it makes you pray for death. Not that death would help you of course, there's no escape from here…"

Wormwood has appeared and for twenty four hours the gateway to the afterlife is wide open. But just because a door is open doesn't mean you should step through it…

Those who have travelled to reach the town are realising that the challenges they've already faced were nothing compared to what lies ahead. The afterlife has an agenda of its own and with scheming on both sides of reality, the revelations to come may change the world forever. 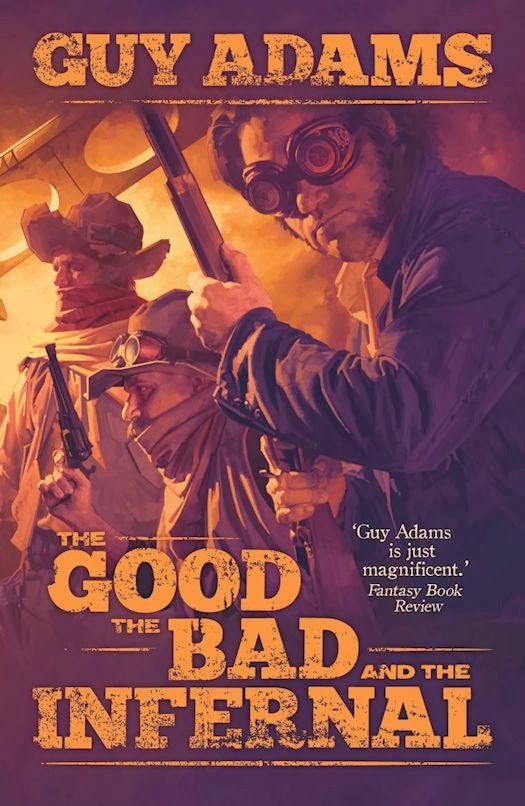 A weird western, a gun-toting, cigarrillo-chewing fantasy built from hangman’s rope and spent bullets. The west has never been wilder. A Steampunk-Western-Fantasy from Guy Adams.

“You wish to meet your God?” the gunslinger asked, cocking his revolver, “well now... that’s easy to arrange.”

Every one hundred years a town appears. From a small village in the peaks of Tibet to a gathering of mud huts in the jungles of South American, it can take many forms. It exists for twenty-four hours then vanishes once more, but for that single day it contains the greatest miracle a man could imagine: a doorway to Heaven.

It is due to appear on the 21st September 1889 as a ghost town in the American Midwest. When it does there are many who hope to be there: traveling preacher Obeisance Hicks and his simple messiah, a brain-damaged Civil War veteran; Henry and Harmonium Jones and their freak show pack of outlaws; the Brothers of Ruth and their sponsor Lord Forset (inventor of the Forset Thunderpack and other incendiary modes of personal transport); finally, an aging gunslinger who lost his wings at the very beginning of creation and wants nothing more than to settle old scores.

A weird western, a gun-toting, cigarrillo-chewing fantasy built from hangman’s rope and spent bullets. The West has never been wilder.

Read my review of The Good, the Bad and the Infernal here. 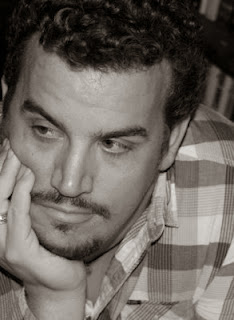 Guy Adams is a no-good, pen-toting son of a bitch. Responsible for over twenty penny-dreadfuls and scientific romances such as The World House and the Deadbeat series. He has also worked with the Hammer Books Gang creating novelisations of their foul kinematographs and has been known to operate under the alias of John Watson M.D. writing novels featuring that pansy-ass detective Sherlock Holmes. He is wanted in several states and a reward is offered for anyone quick enough to slip a noose around his crooked neck. Further evidence of his crimes can be found on his Wild Western Waystation: www.guyadamsauthor.com

Labels: Guest Blog, Guy Adams, Heaven's Gate Trilogy, Once Upon a Time in Hell, The Good the Bad and the Infernal
Email ThisBlogThis!Share to TwitterShare to FacebookShare to Pinterest