Interview with Gillian Philip, author of Firebrand, and Giveaway - February 19, 2013

Please welcome Gillian Philip to The Qwillery as part of the 2013 Debut Author Challenge Interviews. Firebrand, Gillian's US Adult debut, is out today, February 19, 2013, from Tor Books.  You may read Gillian's Guest Blog - That Sinking Feeling - here. Happy Publication Day to Gillian! 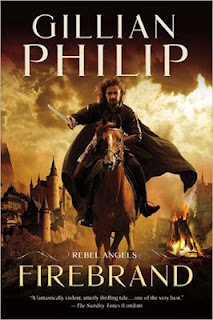 Gillian:  Thank you, Sally! I’m delighted to be here, and thanks for inviting me!


TQ:  When and why did you start writing?

Gillian:  I was writing stories when I was very little - I know this because, embarrassingly, my mother kept them all. Usually they involved horses or cats or (as I got older) The Man From UNCLE. I should really have got out more - as a teen my idea of a good time was sitting in my bedroom with a brand new notebook, and filling every page with screeds of rambling spy/animal/fairy stories (sometimes all three combined). Really I just wanted to imitate the books I loved.

I always wanted to be a professional writer but it took me a long time to believe I could do it. When I came home to Scotland in 2001, after being an expat for 12 years, I had to make a decision about my career, and I promised myself two years to get a novel published. It took longer than that, but once I’d started I didn’t want to give up.

Gillian:  I’m not sure I have one. I just have all the usual irrational writing habits and foibles: crying buckets when I kill a favourite character; spending half my working day googling attractive actors to cast in the books; giving my laptop a human name; calling my pets and family by character names when I’m not thinking. I know lots of other writers who do all those things... Oh, I do buy myself a ring for every book. My preciouses.

Gillian:  Very much a pantser... with a dash of plot. I like to know roughly where I’m going, but I don’t care about knowing how I get there. That’s kind of the fun part anyway - finding out what happens. If it gets me interested, it’s more likely to interest a reader. The reason I put off writing for so long was that I thought all ‘real’ writers created intricate story plans. I thought Ruth Rendell woke up in the morning with a fully formed plot, and all she had to do was write it down. Maybe she does, but an awful lot of writers don’t, and I wish I’d know that sooner.

Gillian:  The blank page. I really, really like the redrafting, editing and fixing stage. But I find it horribly difficult to get into the groove for the first draft. Once I’m there, it’s fine, but the first chapters are horrible, and with every book, I always think this is the time I’m not going to be able to do it.

Gillian:  A young Sithe finds his destiny, his heart, his courage, and the people he loves - just in time to be in danger of losing them all.


TQ:  What inspired you to write Firebrand?

Gillian:  I never meant to write it! I’d written Bloodstone (now the second in the Rebel Angels series), and it just wasn’t right. Eventually I figured out why - I was telling the wrong story. There was a minor villain called Seth who essentially took over. Once I realised it was his tale I should be telling, it all came right. I went back four centuries to investigate his back story, and that turned from a few pages of notes into 100,000 words: and there was my first draft of Firebrand. After I’d written that, the other books fell into place - I had to rewrite them altogether, with a whole different focus, but that was fine by me. Seth wouldn’t leave me alone till I’d told his story, and he kept me right.

I do get a lot of inspiration from landscape too - much of Firebrand’s setting came from a Hebridean island called Colonsay, one of my favourite places in the world. The remains of Seth’s father’s dun are there, overlooking the Atlantic Ocean.


TQ:  What sort of research did you do for Firebrand?

Gillian:  Research isn’t my favourite thing, but I knew I’d have to do a lot of it when I realised Seth’s story went back four centuries. As it turned out, I had a great time (though Seth doesn’t) - it was a fascinating period, right in the middle of the Scottish Reformation and the witch-hunts (which were a lot more brutal in Scotland than they were in England). I went back to primary sources, like contemporary accounts of witch trials and the Daemonologie written by King James VI and I. I came across a price list for the services of a witch-executioner that was absolutely chilling.

I went back to Scottish myths and legends, too - stories I knew already, but not in depth. I love the Scottish and Irish faery myths, and I have a really soft spot for kelpies, the man-eating horse monsters of legend. I knew I definitely wanted some of those. And the series title comes from a myth I only discovered during my research - that the faeries are the rebel angels who fell from Heaven, or at least, the angels who fell on land. The ones that fell in the sea became the selkies or seal people; the ones who got caught in the sky became the Northern Lights. There are several local variations of that myth, but that’s my favourite version.


TQ:  Who was the easiest character to write and why? The hardest and why?

Gillian:  Seth was definitely the easiest character to write because his voice was so clear. If I got stuck on a plot point, or something wasn’t working, he put me right pretty fast. The hardest character was Catriona - she didn’t fit in with any of the other characters, or not for a long time, and I found her almost as frustrating as Seth does. But in her own quiet way, she carved out a place, and I couldn’t do without her.


TQ:  Without giving anything away, what is/are your favorite scene(s) in Firebrand?

Gillian:  A scene when Seth and his brother Conal are leaving the fortress of the queen, and there’s rather a lot of violence. I just like it because Seth is at his rudest and stroppiest, and I’m fond of those aspects of his character. I also like the part where he masters his kelpie, though. I love a wild, slightly out-of-control horseback ride myself.

Gillian:  I need to do some rewrites on Bloodstone (Rebel Angels Book 2) before it’s published in the US, and I’m also working on the fourth book, Icefall, for its UK publication next year. There’s a crime story I’m keen to get back to - provisionally titled Spitting Distance. I write animal fantasy as one of the Erin Hunters - work I absolutely love - and I’m currently writing the fourth book of her series about dogs, Survivors (and I’ll be touring the States in May to promote Book 2). For the same company I also write a children’s fantasy adventure series, Rookery Island, and the third book is my next immediate project. I have a packed schedule right now, but that’s the way I like it. :-)

Gillian:  Thank you very much for having me - it’s been fun! 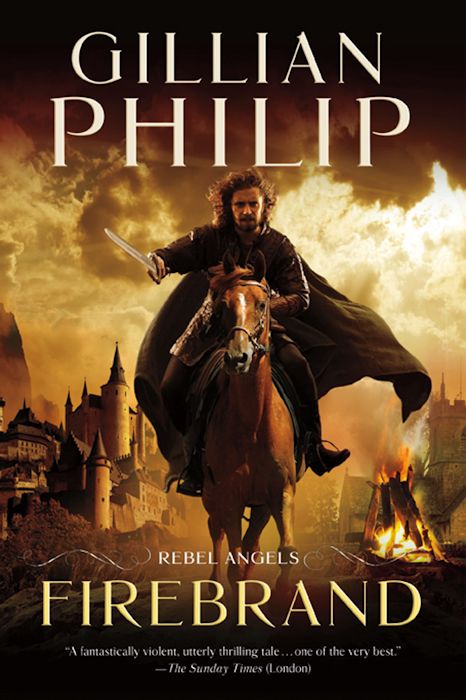 It is the last decade of the sixteenth century: a time of religious wars in the mortal world. But the Sithe are at peace, hidden behind the Veil that protects their world until their queen, Kate NicNiven, determines to destroy it.

Seth MacGregor is the half-feral son of a Sithe nobleman. When his father is assassinated and Seth is exiled with his brother Conal to the full-mortal world, they vow not only to survive, but to return to reclaim their fortress and save the Veil.

But even the Veil's power cannot protect the brothers when the brutal witch-hunts begin….

Brimming with intrigue and rebellion, Firebrand is the first book in the Rebel Angels series by Gillian Philip, the Carnegie Medal–nominated author of Crossing the Line and multi-award-nominated Bad Faith. 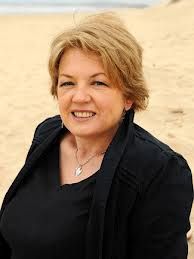 Gillian Philip is a full time author and ghostwriter for young adults and children. She writes in whatever genre grabs her, including contemporary crime, historical and urban fantasy, horror, and dystopian science fiction. Her books include Crossing the Line, Bad Faith, The Opposite of Amber and the Rebel Angels series - Firebrand, Bloodstone, Wolfsbane and (published next year) Icefall. She has written Darke Academy as Gabriella Poole, the Survivors series as Erin Hunter, and two Beast Quest instalments as Adam Blade.

Gillian was born in Glasgow, lived in Barbados for twelve years and now lives in the north-east Highlands of Scotland with her husband, twins Jamie and Lucy, three dogs, two cats, a fluctuating population of chickens and many nervous fish.

What:  One commenter will a hardcover copy of Firebrand (Rebel Angels 1) from The Qwillery.


What is one of your favorite places in the world?

Who and When:  The contest is open to all humans on the planet earth with a mailing address. Contest ends at 11:59pm US Eastern Time on Tuesday, February 26, 2013. Void where prohibited by law. No purchase necessary. You must be 18 years old or older to enter.


*Giveaway rules are subject to change.*
Posted by Qwill at 7:53 AM