Guest Blog by Loribelle Hunt - Everything and the Kitchen Sink - February 1, 2013

Please welcome Loribelle Hunt to The Qwillery. Loribelle is the author of The Elect series (among others). Warrior (The Elect 3) will be published on February 5, 2013. 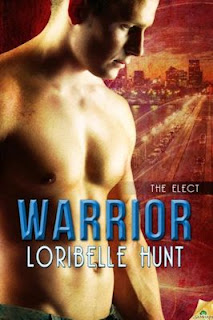 Everything and the Kitchen Sink

I write romance for a lot of reasons, but mostly because I like to explore how relationships begin and grown. And of course, after torturing my characters I like to see them get their happy endings. Sounds like a clearly defined genre, huh? It might be if somebody else was writing it, though come to think of it probably not. Genre blending is pretty common in romance.

I’m sure those of us who combine genres do it for a variety of reasons. Personally, I love all things paranormal, science fiction, and thriller. Better yet, these are great days for getting my fix, not just in books but also television and movies. The awesome thing? The shows I love often have romance plots.

So when I sit down to plan a new series I go a little crazy. Anything is possible so why not use it all? Yeah, probably not a good idea. I mean that vampire werewolf witch alien invasion thing might be just too much, right? So I have to eliminating things right from the beginning.

With my new series, The Elect, I decided it was time to try something new and keep it straight romance. Can you hear the howls of laughter from everyone who knows me? I have to admit their disbelief was well-founded. But I was still determined to not complicate the new series. More howls of laughter. “What?” my friends asked. “No mystery? No thrill seeking?” Their doubts were right on target. Even I realized I wouldn’t be able to resist the allure of danger those elements add.

After much brainstorming and what if conferencing, The Elect became a paranormal and romantic suspense about the next evolution of mankind, their efforts to hide their existence, and a group of humans determined to destroy them. It’s not quite everything including the kitchen sink, but it’s enough to keep me interested and happy writing the series. Unless I figure out a way to introduce a werewolf. Then all bets are off!

How do y’all feel about combining genres? Love it or hate it? What’s your favorite combination? 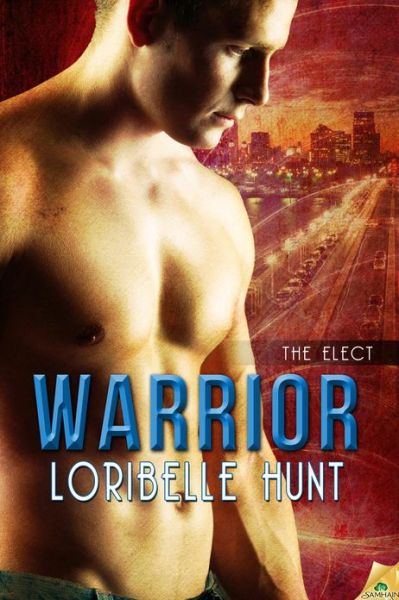 Years ago, former Special Ops officer Carter Owens made the biggest mistake of his life. He met the woman of his dreams—and didn’t fight to keep her. Now that he’s learned Jamie Wade is still alive, and that she bore him a son, Carter plans to protect his family at all costs. Right after he’s rescued her along with several other Elect members being held prisoner in a private hospital.

He isn’t prepared to find her battered, drugged-up, and half-starved. Whatever her captor wanted, the madman hadn’t gone after it humanely.

When Jamie awakens, she’s stunned to find herself free of the abuser who tried and failed to make her admit she’s a telepath. As a police detective, she is driven to join the investigation into the organization that held her and her son captive. But first she’ll have to overcome Carter’s overprotective nature.

Which isn’t going to happen anytime soon, because first she has to recover—and convince him that their out-of-control sexual chemistry isn’t a good enough reason to stay. 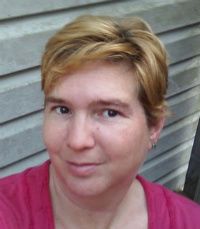 Loribelle is a former Army MP who traded in her combat boots for motherhood, flip flops, and all the Diet Coke she can drink. (She almost misses the combat boots.) She’s the author of more than 20 books, herder of three energetic children, and occasional sun worshipper.