Interview with Lori Handeland and Giveaway - May 23, 2012

Please welcome Lori Handeland to The Qwillery. Zombie Island (Shakespeare Undead 2) was published yesterday, May 22, 2012. Lori is also the author of the Phoenix Chronicles and the Nightcreatures series.


TQ: What would you say is your most interesting writing quirk?

Lori:  I have to have everything off my desk before I start to write. All paperwork, email etc attended to. I wish I could just come into my office and begin, but I can't.

TQ: Are you a plotter or a pantser?

TQ: What is the most challenging thing for you about writing?

Lori:  The book never goes away. Most people finish work, go home, enjoy a few hours off. I'm never off--not at night, not on the weekends, not on vacation. The book is always in my head, undone.

Lori:  My editor at St. Martin's, Jennifer Enderlin, blurted the title-Shakespeare Undead--at a meeting we have several years ago. She only had the title, I came up with the plot and everything else. Once I did, I was hooked into that world.

TQ: What sort of research did you do for novels?

Lori:  I read many of Shakespeare's plays and sonnets (again--I'm an English major and had read them several times before, but long ago) as well as historical information on his life and theories about who Shakespeare really was.

Lori:  The Tempest, with a vampire, a fairy, a sorcerer, a werewolf, a zombie hunter and zombies.

TQ: In Zombie Island who was the easiest character to write and why? Hardest and why?

Lori:  The easiest was Shakespeare and Kate, since I'd written them before and knew them well. The hardest was Ariel--she was not only new to me, but well known to others. I needed to use what Shakespeare wrote of her and combine it with how I wanted her to be.

TQ: Without giving anything away, what is/are your favorite scene(s) in Zombie Island?

Lori:  I enjoyed a lot of the scenes with Caliban--who is a werewolf in my version.

TQ: Which character from Shakespeare Undead and Zombie Island surprised you the most?

Lori:  Caliban--he began as a complete jerk and ended up almost lovable.

TQ: The cover for Zombie Island reminds me of a famous painting, The Raft of the Medusa. Did you have any input into the cover?


Lori: I saw the original cover and made suggestions. The bats in the sky were my idea.


TQ: I've seen the Shakespeare Undead novels described as Horror, Vampire Romance, Historical Fantasy, Mash-up, Thriller. Why do you believe the novels are susceptible to so many genre labels?

Lori:  Most of my books have many labels. I always throw in everything that comes to my mind. I like a fast moving novel.

TQ: You have written novels in several genres including Paranormal Romance, Contemporary Romance and Urban Fantasy. Are there any additional genre or sub-genres in which you'd like to write?

Lori:  I've long missed western historical romances, where I began my career. In October I will publish my first western historical romance in a long time, under the name Lori Austin. BEAUTY AND THE BOUNTY HUNTER will begin the series "Once Upon a Time in the West" in October, 2012. The second book, AN OUTLAW IN WONDERLAND, will be out in April, 2013, with a third to follow later that year.

Lori:  HEX APPEAL, a short story anthology, will be available June 5. In it you'll find my Phoenix Chronicle short story "There Will be Demons." For anyone who wondered about Summer and Jimmy, here's their story. 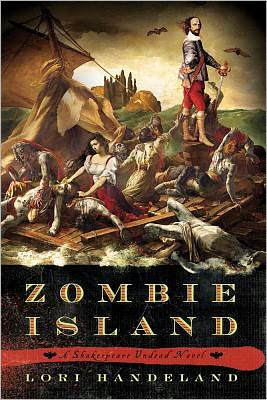 In the follow-up to Shakespeare Undead, vampire William Shakespeare and his Dark Lady are stranded on a mystical island where zombies are plentiful and one man will stop at nothing to become all-powerful

Fresh from a triumphant battle over the zombie horde that invaded London, vampire William Shakespeare concocts a plot to rid the love of his life from the encumbrance of her husband. Will plans to give his ”dark lady,” Katherine Dymond, a potion that will make her sleep the sleep of the dead. Once she is entombed, Will can sneak in, wait for her to awaken, then spirit her away. After her husband returns to his plantation in America, Kate can return to London under a different name and assume a new identity. No one will believe that the dead Katherine and the live Kate are the same woman. Of course, as is often the case with true love, all does not go as smoothly as planned. When the two of them are shipwrecked on an island ruled by a wizard and a nymph, as well as infested by zombies, Will and Kate must stop an even larger plot afoot—one that leads all the way to the royal palaces of Queen Elizabeth. 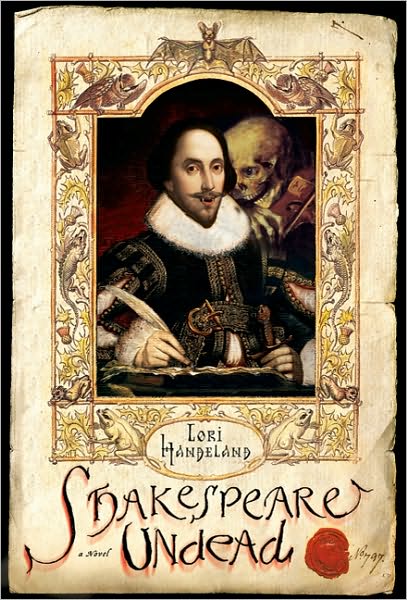 William Shakespeare was one of history’s greatest writers, a master of words with a body of work that is truly impressive . . . some may say a little too impressive for a single man to accomplish in one lifetime. Perhaps, as many have speculated, he had assistance. Or perhaps the explanation is more . . . unusual.

Who was William Shakespeare?

Who was the Dark Lady of the Sonnets?

Why are the undead stalking the alleyways of London?

And can they be stopped?

Something is definitely rotten in the state of Denmark.

So brace yourself for a wild ride through twisted streets and shadowed graveyards of Elizabethan London, where you’ll discover how the Bard got his Bite. 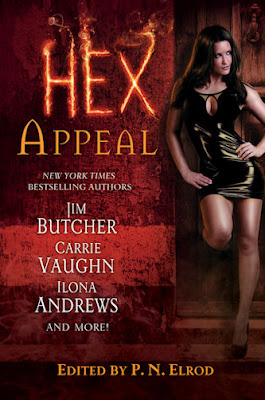 Fall under the intoxicating spell of their hex appeal…

In the magical world that lies hidden beneath our own, witches and conjurers play deadly games. They know just the right spell to kill a man with one kiss—or raise him back again. And they’re not afraid to exact sweet revenge on those who dare to cross them. But what if you’re the unlucky soul who falls victim to a conjurer’s curse? And if you had the power to cast a magic spell of your own, would you use it?

In this bewitching collection, nine of today’s hottest paranormal authors tell all-new, otherworldly tales. Spellbinding stories featuring bigfoot, albino vampires, professional wizards, resurrected boyfriends and even a sex droid from the twenty- third century named Silicon Lily. But as our conjurers are about to discover, it’s all fun and games until someone gets hexed. And sometimes, even the best spun spells can lead to complete and utter mayhem.

You can read about the Phoenix Chronicles at Lori's website.

You can read about the Nightcreatures series at Lori's website. 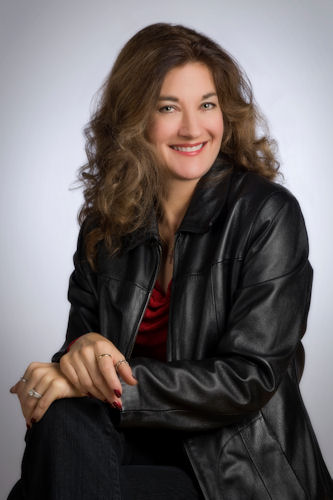 Lori Handeland spent years waitressing, teaching and managing a photography studio before selling her first novel in 1993. Since then she has written many novels, novellas and short stories in several genres--historical, contemporary, series, paranormal romance, urban fantasy and historical fantasy. Soon she will return to her roots, writing western historical romance under the name Lori Austin.
She is a New York Times Bestselling Author and the recipient of many industry awards, including two RITA Awards from Romance Writers of America for Best Paranormal Romance and Best Long Contemporary Category Romance.
Lori lives in Wisconsin with her husband, enjoying occasional visits from her grown sons. For more information please go to her websites at:
www.lorihandeland.com
and
www.loriaustin.net
You can also join Lori on Facebook at:
http://www.facebook.com/LoriHandeland
or
http://www.facebook.com/LoriAustinBooks


Favorite Shakespearean play that you've read or seen?
Please remember - if you don't answer the question your entry will not be counted.

Who and When:  The contest is open to all humans on the planet earth with a mailing address. Contest ends at 11:59pm US Eastern Time on Wednesday, May 30, 2012. Void where prohibited by law. No purchase necessary. You must be 18 years old or older to enter.


*Giveaway rules are subject to change.*
Posted by Qwill at 7:03 AM