Guest Blog by Alex Adams - The sky isn't falling, or: How an optimist came to write an apocalyptic novel.

Please welcome Alex Adams to The Qwillery as part of the 2012 Debut Author Challenge Guest Blogs. Alex's debut, White Horse, will be published on April 17, 2012.


The sky isn't falling, or: How an optimist came
to write an apocalyptic novel.

Do you know what my mother said the first time I told her what White Horse was about, right down to the body count? "How gruesome!"

At the time I was stumbling around like a still-blind kitten, rendered a drooling, stammering loon by the stunning news that White Horse (and two subsequent books) had sold at auction. If I'd had my wits about me, I might have said something clever, like, "Gruesome? But you read King and Kellerman and Koontz! Compared to them my teensy little apocalypse is gruesome-lite!" Instead, I responded with the ultra-witty: "Ha-ha." (There might have been a third "ha" in there; it's all foggy now.)

What she probably expected—what a lot of people expected—was something...funnier. My mother is a woman who gave birth to two daughters, but wound up raising a pair of hams. If you ever meet my sister, ask her to do "Rickets Girl," or her "Soylent Green is people!" act. She can out-Heston Heston. My talents lean more toward an inability to tell jokes without falling on the floor laughing and crying, while those listening strain to interpret what I'm saying. I've ruined so many punchlines with my poorly-timed laughter that I should come with a warning label. Luckily, my laughter tends to be infectious, so a good time is had by all, even if they never get to hear the whole joke.

Nearly everything I'd written prior to White Horse leaned toward funny. I'm not a super-serious person. If a one-liner isn't falling out of my mouth, I can guarantee it's hanging around there, probably ensnared on my epiglottis or uvula--one of those silly-sounding body parts. I penned a funny mystery or two, funny women's fiction, funny fantasy, funny—you get the picture. Funny. But when I sat down and thought about it—really thought about it—comedy wasn't really what I wanted to write. Being funny as a job didn't appeal to me at all. Funny is what I do for fun.

Let me say this right now, before we go any further: I didn't intend to end the world.

White Horse started out as a short. What is now the prologue was supposed to be the opening to a three-thousand word story about a modern-day Pandora. You know, the one with the box that isn't really a box, but is in fact really a jar? My fiancé and I share a love for mythology; we're both writers, so I wanted to write something super-serious to entertain him. And I wanted it to have its roots in Greek mythology.

But something happened. One of my gears slipped. Whatever. When I began writing that second scene, it didn't go where I expected it to go. Instead of remaining local and small, it went all the way to a farmhouse in Italy, to an endless rain and a young blind woman in a ghastly situation. My heroine—my Pandora, whose name is actually Zoe--was there with her, with two thoughts in mind: I have to go. And she has to come with me. Mankind, as we know it, was already circling the drain—clockwise and counterclockwise.

After that, the bad times just kept on rollin'. And I was no longer writing a short story. The end of the world was on and poor Zoe was there with a blind woman for company and an impossible mission ahead. Neither she or I had clue one about how we'd get to the last page.

I'm still not sure how I got there. Directions aren't my thing. I got lost driving to Oregon. Ask my guy. I was right behind him when I took a wrong highway back in California. If not for GPS and his laughter-tinged, "Well, look at the numbers on the side of the road!" I'd be in Canada right now.

I love end-of-the-world scenarios. All you have to do is say "apocalypse" and I'm already making plans to see your movie, buy your book, play your game. I'm the person who bought Deep Impact on DVD. Do not ask me how many hours I sank into killing super mutants in Fallout 3. It's a three-digit number.

Why do I love them?

Because the possibility of The End simultaneously slaps all my buttons. It's the ultimate beyond-our-control scenario. Most of us don't have the power to stop a plague or a war; none of us can suppress a volcano or reach out and divert a meteor (except maybe you, Bruce Willis.) And there's no way to predict who or what would be left standing. Imagine trying to survive with the one guy who did that thing you hate for company; terrifying!

Yes, an apocalypse is frightening, but, for a fiction writer, all that literary potential... What could we do with a blank, damaged slate? It's do-overs on steroids, a chance to build a new world on the broken bones of the old.

And despite the horror, the fear, and the devastation, I find that strangely optimistic. 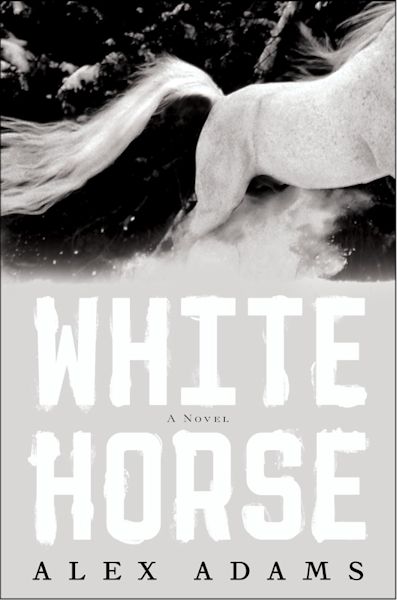 White Horse is the first book in an absolutely unique debut trilogy—a post-apocalyptic thriller chronicling one woman’s quest to nurture those she holds dear against the backdrop of a shocking, new world.

Thirty-year-old Zoe wants to go back to college. That’s why she cleans cages and floors at GeneTech. If she can keep her head down, do her job, and avoid naming the mice she’ll be fine. Her life is calm, maybe even boring, until the end of the world when the President of the United States announces that humans are no longer a viable species.

Zoe starts running the moment she realizes everyone she loves is gone. Her boyfriend Nick, fearing he’s contracted the virus, leaves for Greece. When Zoe discovers she’s pregnant—and entirely alone—she treks across the world to find Nick and reunite her growing family. On the way she encounters characters both needy and nefarious—some human, some monster, and some uncertain beings altered by genetic mutation. On her journey, Zoe comes to see that humanity is defined not by genetic code, but by soulful actions and choices.

Told in alternating before and after chapters, White Horse is a terrifying and romantic story that readers will be unable to put down. 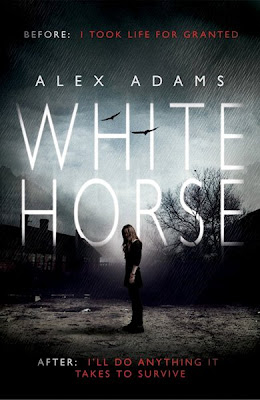 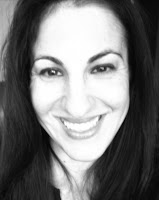 Alex Adams was born in New Zealand, raised in Greece and Australia, and currently lives in Oregon–which is a whole lot like New Zealand, minus those freaky-looking wetas. Her debut novel, White Horse (Emily Bestler Books/Atria) hits shelves April 17, 2012. Her fingers are crossed that the world won’t end before then.

What:  Three commenters will each win a printed Advanced Reading Copy of White Horse generously provided by Alex!


What is/are your favorite apocalyptic movie(s), comics or novel(s)?
Please remember - if you don't answer the question your entry will not be counted.

Who and When:  The contest is open to all humans on the planet earth with a mailing address. Contest ends at 11:59pm US Eastern Time on Friday, March 2, 2012. Void where prohibited by law. No purchase necessary. You must be 18 years old or older to enter.


*Giveaway rules are subject to change.*
Posted by Qwill at 7:42 AM