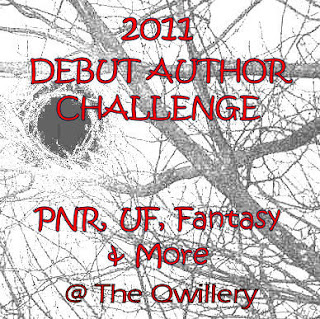 Here are the debut authors and their novels for March 2011. Pick one and let us know in the comments which one you'll be reading. I'm going to read both. 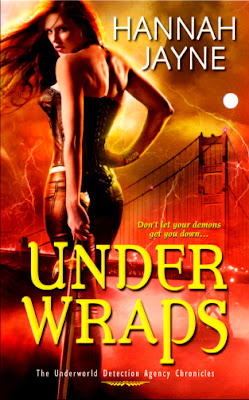 Sick of wrongful-death lawsuits every time a full moon comes around? Call the Underworld Detection Agency.

As a human immune to magic, Sophie Lawson can help everyone from banshee to zombie transition into normal, everyday San Francisco life. With a handsome werewolf as her UDA boss and a fashionista vampire for a roommate, Sophie knows everything there is to know about the undead, the unseen, and the uncanny…

Until a rash of gruesome murders has demons and mortals running for cover, and Sophie finds herself playing sidekick to detective Parker Hayes. Dodging raging bloodsuckers, bad-tempered fairies, and love-struck trolls is one thing. But when Sophie discovers Parker isn’t what he seems, she’s got only one chance to figure out whom to trust. Because an evil hiding in plain sight is closing in…and about to make one wisecracking human its means to ultimate power… 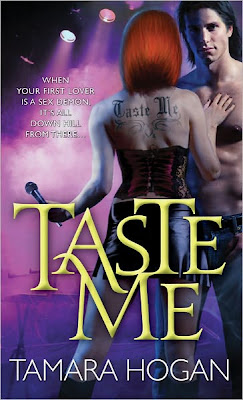 Hot, sexy urban fantasy romance by a new author with talent to burn…

He Wants Her So Badly He Can Taste It…

Ever since their tempestuous fling years ago, incubus Lukas Sebastiani has known that siren Scarlett Fontaine was meant to be his. But when you’re a sex demon with an insatiable desire, relationships are way more than complicated…

Her Siren Songs Bring Men to Their Knees…

Rock star Scarlett Fontaine desperately needs a break after a grueling tour. But with murder and mayhem surrounding her band, and the one man she never thought to see again put to the task of protecting her, life is going to be anything but peaceful…

Every encounter between them creates more turmoil—and heat—until Scarlett pushes Lukas to the boiling point, and unleashes forces that go way beyond anything she can hope to control…