It was a very light weeks for comics so I don't have much to share. These are my favorite covers for this week.

Jacen Burrows unleashes this dramatic new cover that was previously only available at San Diego Comicon! This special edition first printing is limited to just 1500 copies and is available for the original cover price!  Comic Cavalcade 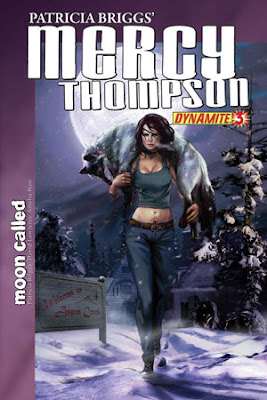 A dead werewolf's been dumped at Mercy Thompson's front door. The leader of the local wolf pack is desperately wounded by the assassins. His teen-age daughter kidnapped by the attackers. Our coyote shape-shifter needs help...but where can she turn?
With the loyalty of the pack in doubt Mercy's headed back home to the one man she's sure she can trust...and to a town that drove her out years ago. Will Mercy find the help she needs...or will old enemies make this trip her last?  Dynamite Entertainment
Wildstorm
Victorian Undead II: Sherlock Holmes vs. Dracula #2 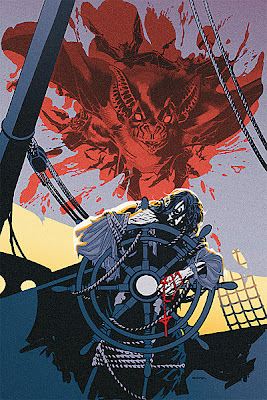 A vampire in the court of Queen Victoria! As Sherlock Holmes lies bleeding, the sanguinary Count Dracula is making friends in high places. A shadow has fallen over the heart of the empire – one that not even the great detective alone can dispel. Enter: Van Helsing!  Wildstorm
Not much this week, but some nice art.
Posted by Qwill at 11:21 AM