Here are some of the recent novels by formerly featured Debut Author Challenge (DAC) Authors. The year in parentheses is the year the author was featured in the DAC.
Ada Hoffmann (2019)
The Fallen
Angry Robot, July 13, 2021
Trade Paperback and eBook, 400 pages 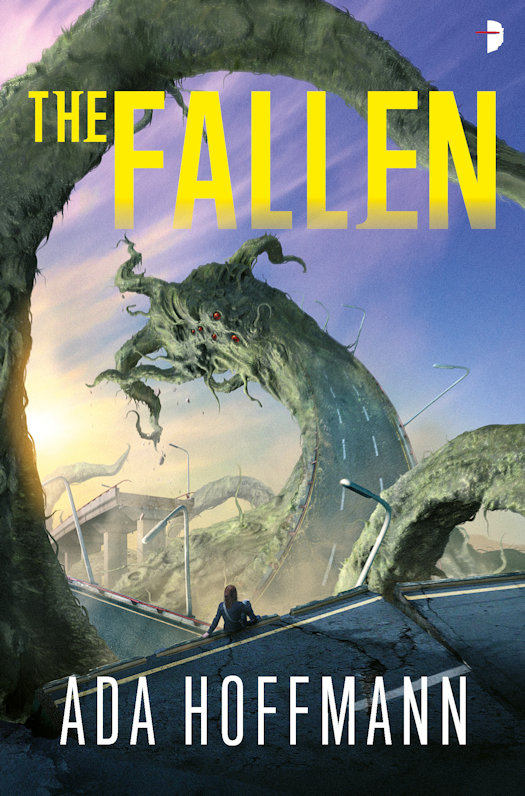 From the immersive and intoxicating world of The Outside, comes the exhilarating sequel from Philip K Dick and Compton Crook Award-nominated author, Ada Hoffmann.
The laws of physics acting on the planet of Jai have been forever upended; its surface completely altered, and its inhabitants permanently changed, causing chaos. Fearing heresy, the artificially intelligent Gods that once ruled the galaxy became the planet’s jailers.
Tiv Hunt, who once trusted these Gods completely, spends her days helping the last remaining survivors of Jai. Everyone is fighting for their freedom and they call out for drastic action from their saviour, Tiv’s girlfriend Yasira. But Yasira has become deeply ill, debilitated by her Outside exposure, and is barely able to breathe, let alone lead a revolution.
Hunted by the Gods and Akavi, the disgraced angel, Yasira and Tiv must delve further than ever before into the maddening mysteries of their fractured planet in order to save – or perhaps even destroy – their fading world.
File Under: Science Fiction [ More False Gods Inside Out Freedom Fighters Angels or Demons ] 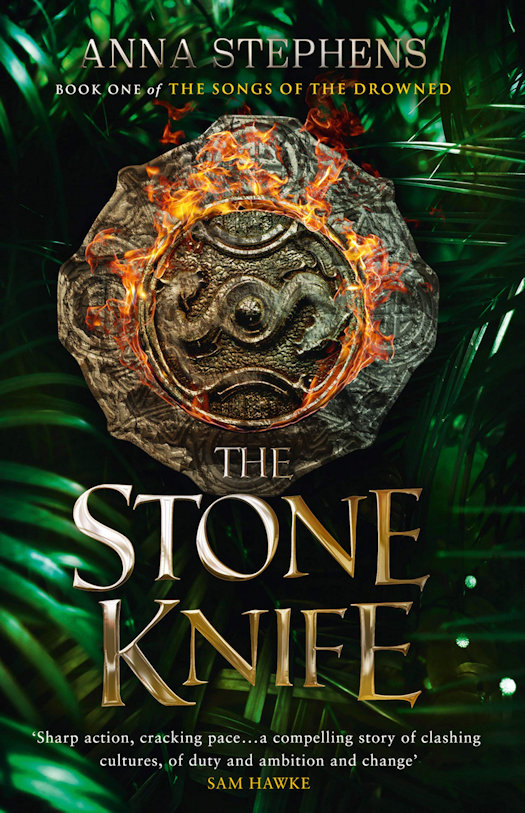 A fantasy epic of freedom and empire, gods and monsters, love, loyalty, honour, and betrayal, from the acclaimed author of GODBLIND.
For generations, the forests of Ixachipan have echoed with the clash of weapons, as nation after nation has fallen to the Empire of Songs – and to the unending, magical music that binds its people together. Now, only two free tribes remain.
The Empire is not their only enemy. Monstrous, scaled predators lurk in rivers and streams, with a deadly music of their own.
As battle looms, fighters on both sides must decide how far they will go for their beliefs and for the ones they love – a veteran general seeks peace through war, a warrior and a shaman set out to understand their enemies, and an ambitious noble tries to bend ancient magic to her will. 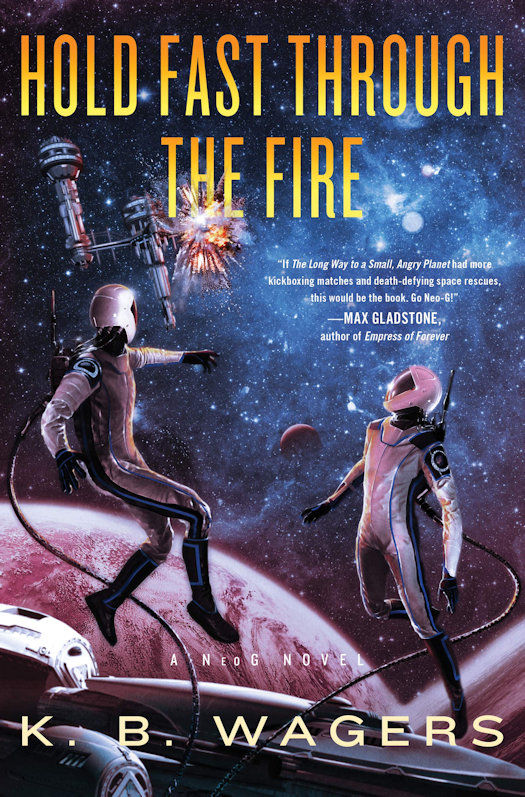 The Near-Earth Orbital Guard (Neo-G)—inspired by the real-life mission of the Coast Guard—patrols and protects the solar system. Now the crew of Zuma’s Ghost must contend with personnel changes and a powerful cabal hellbent on dominating the trade lanes in this fast-paced, action-packed follow-up to A Pale Light in the Black.
Zuma’s Ghost has won the Boarding Games for the second straight year. The crew—led by the unparalleled ability of Jenks in the cage, the brilliant pairing of Ma and Max in the pilot seats, the technical savvy of Sapphi, and the sword skills of Tamago and Rosa—has all come together to form an unstoppable team. Until it all comes apart.
Their commander and Master Chief are both retiring. Which means Jenks is getting promoted, a new commander is joining them, and a fresh-faced spacer is arriving to shake up their perfect dynamics. And while not being able to threepeat is on their minds, the more important thing is how they’re going to fulfill their mission in the black.
After a plea deal transforms a twenty-year ore-mining sentence into NeoG service, Spacer Chae Ho-ki earns a spot on the team. But there’s more to Chae that the crew doesn’t know, and they must hide a secret that could endanger everyone they love—as well as their new teammates—if it got out. At the same time, a seemingly untouchable coalition is attempting to take over trade with the Trappist colonies and start a war with the NeoG. When the crew of Zuma’s Ghost gets involved, they end up as targets of this ruthless enemy.
With new members aboard, will the team grow stronger this time around? Will they be able to win the games? And, more important, will they be able to surmount threats from both without and within? 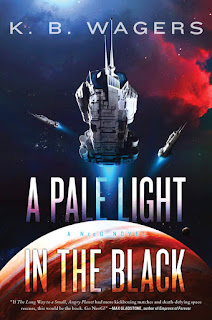