Interview with John Fram, author of The Bright Lands


Please welcome John Fram to The Qwillery as part of the 2020 Debut Author Challenge Interviews. The Bright Lands is published on July 7, 2020 by Hanover Square Press. 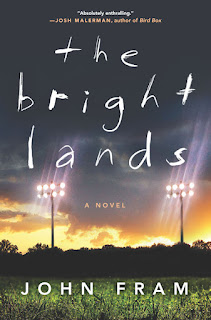 John:  I think I was five or six when I wrote a the start of a really morbid piece of Sherlock Holmes fan fiction involving a corpse being lobbed at the door of 221B Baker Street. I still want to know what happened to that body.

John:  A hybrid, I think. I started with a lengthy outline but of course the demands of good dialogue and good characterization mean your story inevitably starts heading off in new directions.

John:  Finding ways to afford all the free time it demands.

John:  The Bible and Final Fantasy will teach you pretty much everything you need to know about metaphor and action and theme. The rest is just practice.

TQ:  Tell us something about The Bright Lands that is not found in the book description.

John:  It has a double-digit body count.

TQ:  What inspired you to write The Bright Lands? Why write a supernatural thriller?

John:  I looked out the window and saw that the world had taken a hard turn into the horror genre. I'm just trying to keep up.

TQ:  What sort of research did you do for The Bright Lands?

John:  I talked to lots of young high school football players on Instagram. Seeing what happens in this book, I have a feeling they don't want me to say another word about them.

TQ:  Please tell us about the cover for The Bright Lands.

John:  It's the best thing that's ever happened to me. Why look a gift horse in the mouth?

TQ:  Does The Bright Lands touch on any social issues?

John:  I'd say so. I'm tired of fiction that takes prisoners and I wrote The Bright Lands to be a brick through everyone's window. If someone doesn't walk away from it shaking, I feel like I've failed. 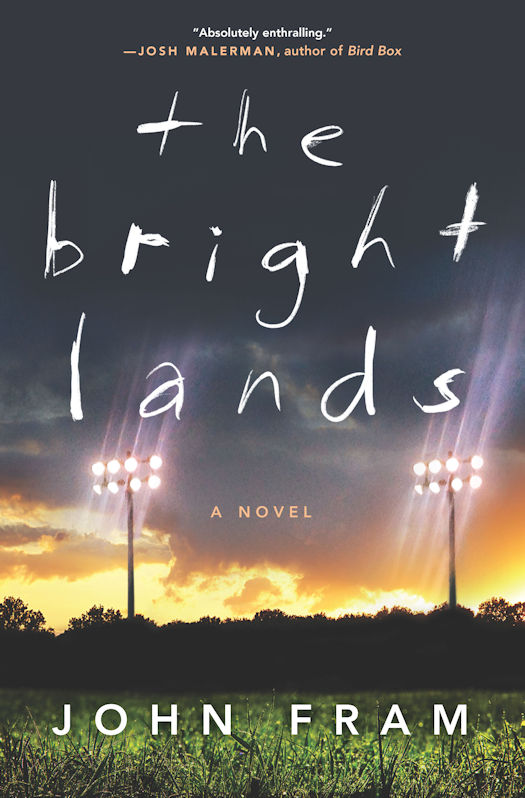 “Marks the debut of an already accomplished novelist.” —John Banville

The town of Bentley holds two things dear: its football, and its secrets. But when star quarterback Dylan Whitley goes missing, an unremitting fear grips this remote corner of Texas.

Joel Whitley was shamed out of conservative Bentley ten years ago, and while he’s finally made a life for himself as a gay man in New York, his younger brother’s disappearance soon brings him back to a place he thought he’d escaped for good. Meanwhile, Sheriff’s Deputy Starsha Clark stayed in Bentley; Joel’s return brings back painful memories—not to mention questions—about her own missing brother. And in the high school hallways, Dylan’s friends begin to suspect that their classmates know far more than they’re telling the police. Together, these unlikely allies will stir up secrets their town has long tried to ignore, drawing the attention of dangerous men who will stop at nothing to see that their crimes stay buried.

But no one is quite prepared to face the darkness that’s begun to haunt their nightmares, whispering about a place long thought to be nothing but an urban legend: an empty night, a flicker of light on the horizon—The Bright Lands.

John Fram was raised in Texas. A resident of New York, he has written for The Atlantic, Pacific Standard and elsewhere. This is his first novel.