Please welcome Thomas Sweterlitsch to The Qwillery as part of the 2014 Debut Author Challenge Guest Blogs. Tomorrow and Tomorrow was published on July 10th by Putnam Adult. 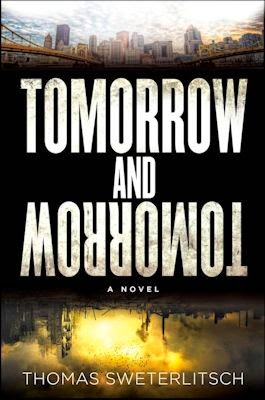 Two of the most important influences on my writing, and on my novel Tomorrow and Tomorrow in particular, are Marvel’s New X-Men by Grant Morrison and Frank Quitely, and Black Hole by Charles Burns. Please, sci-fi readers, hunt down these works and devour them! If you Google these artists and titles, hundreds if not thousands of internet pages devoted to them will fill your screen—so, I’ll skip my take on them. Rather, I want to pay homage to where influences like these exist before they become influences—most often they are waiting for you on the shelves of those very special “brick and mortar” stores that are threatened daily by e-commerce. In my case, there are two places in particular that have introduced me to important influences on my writing, and they are both at the top of dizzying sets of stairs.

The stairway leading to The Phantom of the Attic is a straight concrete shaft climbing at a precipitous angle—if you stand at the bottom and look straight up, you can just make out the top landing. You have to climb to get to the Phantom of the Attic, but the stairwell is decorated with posters you can read on your way—and once at the top, the space opens into a vast display of toys and t-shirts, collectibles, an entire wall of graphic novels, another entire wall of the weekly new releases. The best part of Phantom of the Attic, though, is the staff—yes, Phantom has enough items to spend hours browsing alone if you want to, but the staff is intelligent and helpful. If you felt like it, you could walk up to the front counter and strike up a conversation (like I did), saying you’re interested in science fiction but aren’t sure where to start reading. They’ll chat with you, they’ll lead you to a few things…and before you know it, you’re at home having your mind eviscerated by New X-Men #114. Phantom sells comics—but it also builds community, supporting local creators like Tom Scioli and Christopher Moeller while serving as a gathering space on new release Wednesdays, when the store is packed by comics fans and creators alike. I love the climb down those stairs, cradling a brown paper bag full of comics—not every comic will be an instant classic, but trips to Phantom are always a jolt to the imagination.

Copacetic Comics is on the 3rd floor of a building shared with Lili Coffee Shop on the ground floor and Mind Cure Records sandwiched in-between—and, like Phantom, you have to climb to get there. The stairs leading up are a vertical corkscrew with steps of varying widths winding ever higher in what sometimes seems like a never-ending gyre. There are posters along the walls here, too, that you can read on your way. Copacetic is a cozy store packed floor to ceiling, corner to corner, with graphic novels and comics—not just your run-of-the-mill superhero graphic novels, either, but a specially curated selection of the most intense, literate, artful creations from small and independent presses, foreign imports, and handmade creators. Copacetic is a store you can lose yourself in—everything you touch will be a unique find—but the true treasure of Copacetic is the owner, Bill Boichel. Boichel is a mastermind of comics, encyclopedic in his knowledge of underground and indie artists and writers, and passionate about the medium—a typical conversation with Boichel will leave you with scores of new books to read and connections to track down. I picked up Black Hole on his recommendation and found it one of the most humane and sensitive uses of science fiction storytelling I had ever read—and a standard I try to hold my own writing up to. Through Boichel’s direct recommendation I found Burns and Jodorowsky, Theo Ellsworth, and local creators like Ed Piskor, Jim Rugg and Frank Santoro, artists you can sometimes find haunting his store.

As a writer, the most important thing you can do (other than writing) is to fill your head with stories—reading novels and short stories, especially, but also watching movies and television, playing video games and reading comics. I’ve found plenty of books and authors to read by browsing the internet—and purchasing algorithms on the mega-sites will get you close to the good stuff, but my intellectual life and the fabric of my city would be threadbare without stores like Phantom and Copacetic. What are some other great stores in other cities? What are the stores you visit to find your influences before they’ve become your influences? 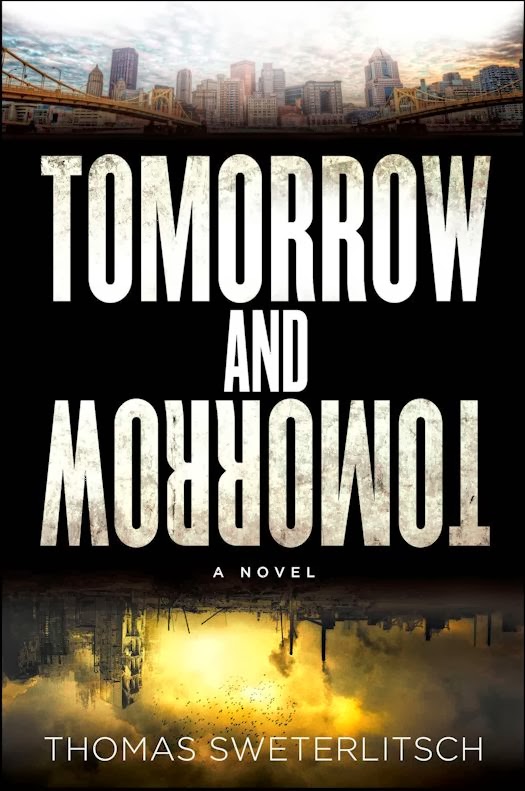 "Simultaneously trippy and hardboiled, Tomorrow and Tomorrow is a rich, absorbing, relentlessly inventive mindfuck, a smart, dark noir… Sweterlisch's debut is a wild mashup of Raymond Chandler, Philip K. Dick and William S. Burroughs, and, like their work, utterly visionary."—Stewart O’Nan author of The Odds

Leading the next wave of cyberpunk in the tradition of William Gibson and Jonathan Lethem, Thomas Sweterlitsch is a bold new voice in literary science fiction.

A decade has passed since the city of Pittsburgh was reduced to ash.

While the rest of the world has moved on, losing itself in the noise of a media-glutted future, survivor John Dominic Blaxton remains obsessed with the past. Grieving for his wife and unborn child who perished in the blast, Dominic relives his lost life by immersing in the Archive—a fully interactive digital reconstruction of Pittsburgh, accessible to anyone who wants to visit the places they remember and the people they loved.

Dominic investigates deaths recorded in the Archive to help close cases long since grown cold, but when he discovers glitches in the code surrounding a crime scene—the body of a beautiful woman abandoned in a muddy park that he’s convinced someone tried to delete from the Archive—his cycle of grief is shattered.

With nothing left to lose, Dominic tracks the murder through a web of deceit that takes him from the darkest corners of the Archive to the ruins of the city itself, leading him into the heart of a nightmare more horrific than anything he could have imagined. 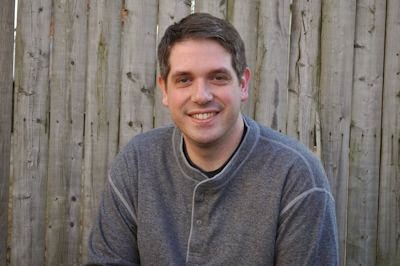 Thomas Sweterlitsch lives in Pittsburgh with his wife and daughter. He worked for twelve years at the Carnegie Library for the Blind and Physically Handicapped. Tomorrow and Tomorrow is his first novel.