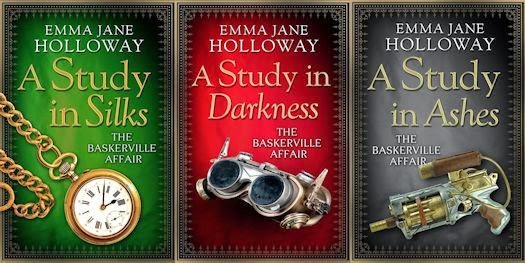 The Baskerville Affair combines steampunk, mystery, and adventure. It begins in 1888 London, which is dominated by an industrial cabal called the Steam Council. They have outlawed magic and stripped much of the power from the aristocracy, including the royal family. Add a circus, mysterious automatons, a ne’er-do-well rake with a mechanical octopus, and a talking mouse, and you get the picture.

The series came about in a convoluted way. Once upon a time, I wanted to write a story about Sherlock Holmes’s niece. It started as a fairly simple proposition: I’d loved the Holmes tales since I was about ten years old, and I was curious as to what a girl would make of her famous uncle. Somehow, I ended up with a complex steampunk trilogy with magic, mystery, and talking mice. In the end, Evelina is an adult in this series, but her relationship with Holmes is still key to who she is.

She’s also caught between social classes. Her mother was a Holmes and gentry, but her father’s origins were with the circus, and his bloodline brings an ability to do magic. Unfortunately, such talents are highly illegal. Accordingly, Evelina is trying to make her way mostly on her academic and mechanical strengths, but the temptation to slip in a wee spell now and again is too much. What she really wants is to integrate all these pieces of herself and figure out where she belongs in the world.

And what a world it is. The Empire is going through a huge power struggle between the aristocracy and the industrialists and there are several major players—including a rogue sorcerer—who want her unusual talents for their own purposes.

Although there are airships and monsters, battles and ballrooms, the stories are all about the characters. In A Study in Silks, my characters start out in the elegance of London’s Mayfair and end up by the time A Study in Ashes comes along as players in a war of magic and machines that tears the Empire apart. Along the way, they have to face the darker sides of their natures and decide just how much they’re willing to risk for the futures—and the people—they desire. 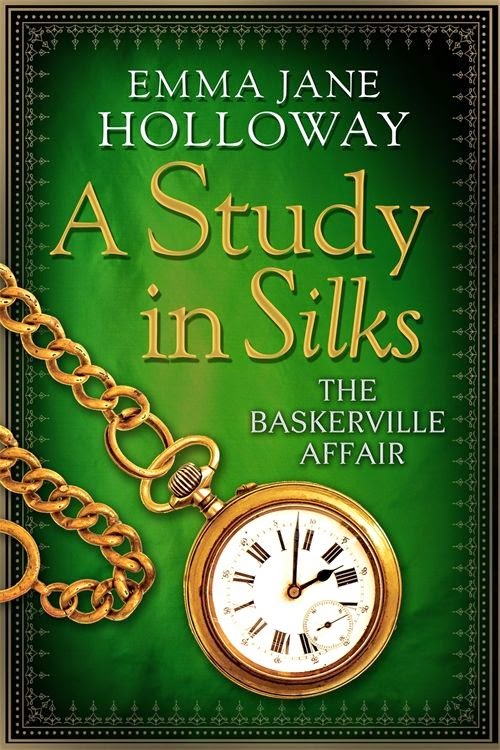 Evelina Cooper, the niece of the great Sherlock Holmes, is poised to enjoy her first Season in London Society. But there’s a murderer to deal with – not to mention missing automatons, a sorcerer and a talking mouse.

In a Victorian era ruled by a council of ruthless steam barons, mechanical power is the real monarch and sorcery the demon enemy of the Empire. Nevertheless, the most coveted weapon is magic that can run machines – something Evelina has secretly mastered. But rather than making her fortune, her special talents could mean death or an eternity as a guest of Her Majesty’s secret laboratories. What’s a polite young lady to do but mind her manners and pray she’s never found out?

But then there’s that murder. As Sherlock Holmes’s niece, Evelina should be able to find the answers, but she has a lot to learn. And the first decision she has to make is whether to trust the handsome, clever rake who makes her breath come faster, or the dashing trick rider who would dare anything for her if she would only just ask. 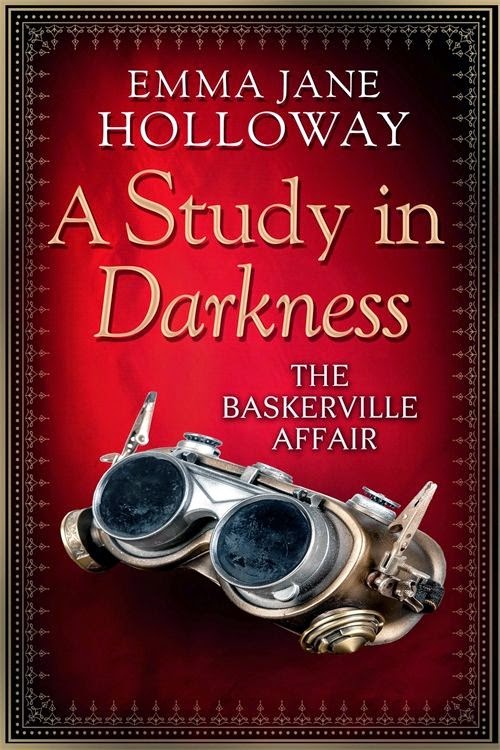 When a bomb goes off at 221B Baker Street, Evelina Cooper is thrown into her Uncle Sherlock’s world of mystery and murder. But just when she thought it was safe to return to the ballroom, old, new, and even dead enemies are clamoring for a place on her dance card.

Before Evelina’s even unpacked her gowns for a country house party, an indiscretion puts her in the power of the ruthless Gold King, who recruits her as his spy. He knows her disreputable past and exiles her to the rank alleyways of Whitechapel with orders to unmask his foe.

As danger mounts, Evelina struggles between hiding her illegal magic and succumbing to the darker aspects of her power. One path keeps her secure; the other keeps her alive. For rebellion is brewing, a sorcerer wants her soul, and no one can protect her in the hunting ground of Jack the Ripper. 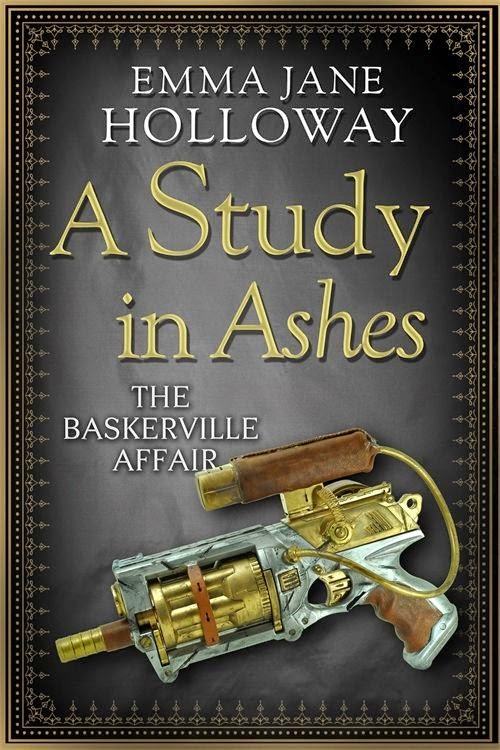 As part of her devil’s bargain with the industrial steam barons, Evelina Cooper is finally enrolled in the Ladies’ College of London. However, she’s attending as the Gold King’s pet magician, in handcuffs and forbidden contact with even her closest relation, the detective Sherlock Holmes.

Not even Niccolo, the dashing pirate captain, and his sentient airship can save her. But Evelina’s problems are only part of a larger war. The Baskerville Affair is finally coming to light, and the rebels are making their move to wrest power from the barons and restore it to Queen Victoria. Missing heirs and nightmare hounds are the order of the day — or at least that’s what Dr. Watson is telling the press.

But their plans are doomed unless Evelina escapes to unite her magic with the rebels’ machines–and even then her powers aren’t what they used to be. A sorcerer has awakened a dark hunger in Evelina’s soul, and only he can keep her from endangering them all. The only problem is…he’s dead. 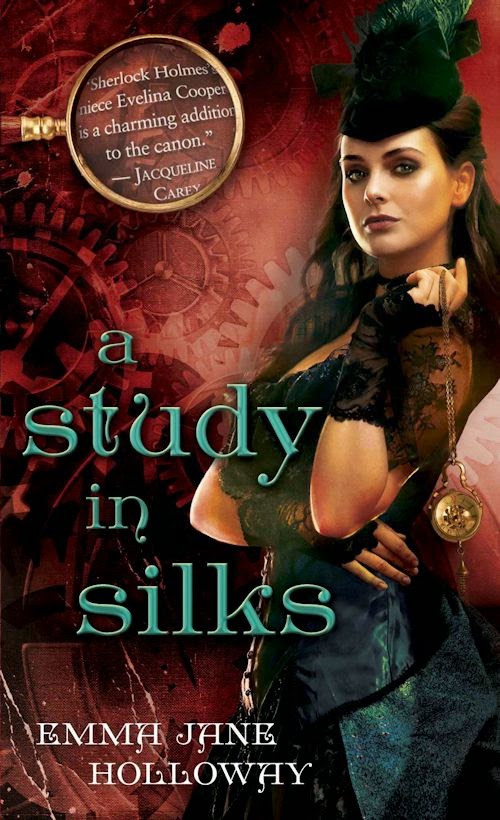 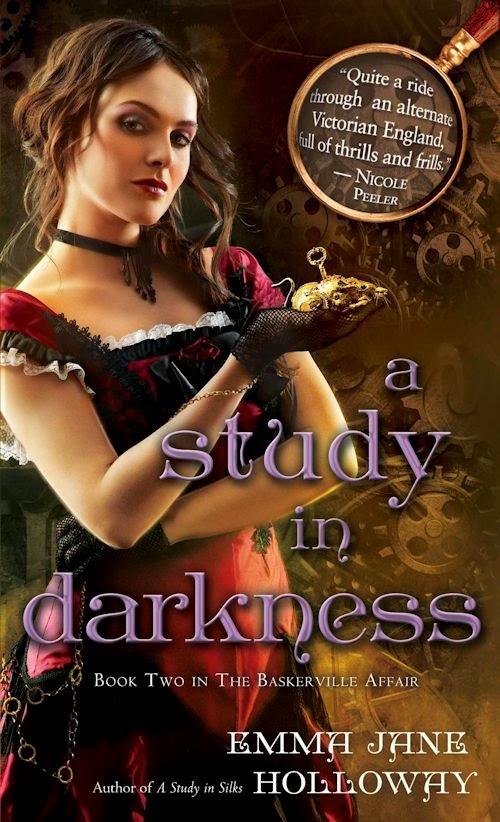 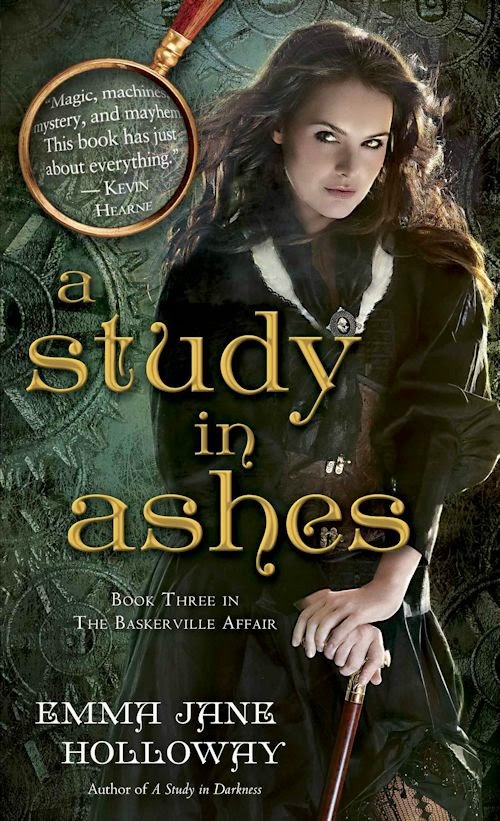 Ever since childhood, Emma Jane Holloway refused to accept that history was nothing but facts prisoned behind the closed door of time. Why waste a perfectly good playground coloring within the timelines? Accordingly, her novels are filled with whimsical impossibilities and the occasional eye-blinking impertinence—but always in the service of grand adventure.

Struggling between the practical and the artistic—a family tradition, along with ghosts and a belief in the curative powers of shortbread—Emma Jane has a degree in literature and job in finance. She lives in the Pacific Northwest in a house crammed with books, musical instruments, and half-finished sewing projects. In the meantime, she’s published articles, essays, short stories, and enough novels to build a fort for her stuffed hedgehog.

Labels: A Study in Ashes, A Study in Darkness, A Study in Silks, Del Rey, Emma Jane Holloway, Piatkus, The Baskerville Affair
Email ThisBlogThis!Share to TwitterShare to FacebookShare to Pinterest