Guest Blog by Myke Cole - Why are we so Interested in Military Speculative Fiction? - December 1, 2011

Why are we so Interested in Military Speculative Fiction?
by Myke Cole
Science Fiction and Fantasy are violent genres. It seems that every inhabitant of a genre world is armed to the teeth and ready to go down fighting. The peaceful Hobbit Frodo carried Sting, bane of slavering Orcs. The Ewoks of Endor knocked Imperial scouts off their speeder bikes and then gleefully speared them to death. The crew of Serenity were mostly interested in peaceful trade . . . which is why they were always getting into gunfights.

So it shouldn’t come as a surprise that genre fiction surrounding organized violence on a grand scale is hugely popular. From Heinlein to Webber to Ringo to Haldeman to newcomers like T.C. McCarthy, genre books dealing with the military fly off the shelves. Heck, publishers like Baen practically stake their whole business on it. A lot of the newer, edgier fantasy hitting the market these days has a military cast to it (Joe Abercrombie’s work deals largely with medieval warbands, the military of their time. George R. R. Martin’s A Song of Ice and Fire is a decidedly military epic in many respects).

So, the short question: why? Why do stories about large bodies of people organizing to kill one another in a fantasy or science fiction setting have such broad appeal? I can’t give you the full answer here. If I could, I’d be founding a publisher of my own. But I do have a theory I’d like to put forward.

In May, the Chairman of the Joint Chiefs of Staff, Admiral Mike Mullen told the graduating class of West Point cadets that he was concerned about the growing gap between civilians and the military. Military service is founded on a tradition of citizen-soldiery. The idea is that, when we’re not in uniform, we’re in our communities working, living and playing alongside everyone else. We are you and you are us. This is essential in preventing military dictatorships and ensuring that armies remain servants of their civilian governments. But that is changing. In the United States, currently 70% of youth are ineligible for military service due to health problems, criminal records, or other reasons. Of the remaining 30%, 99% elect not to serve. Currently, less than 1% of Americans serve in uniform.

Since the attacks of 9/11, the military has worked hard to lower its profile in the name of “force protection.” Men and women in uniform can be targets for terrorists or criminals, so our military wears their uniform less and less off-post or outside active operational zones. We do our jobs unseen.

So what does this have to do with why folks like military genre fiction? In a world where seeing or meeting a member of the military is increasingly rarefied, we have become a thing of genre fiction ourselves – exotic, unusual, often whispered about but seldom glimpsed outside the news.

Fans of science fiction and fantasy come to the genre for that very reason. They want to explore realms outside their normal range of experience. The opening line of Star Trek classic says it best (as it always has). We want to boldly go where no one has gone before. We see and hear a lot about the military on an ever proliferating news-cycle, but that sense of intimacy, of knowing the life and rigors of armed service, is dwindling at the same rate as vinyl records. You know the guy who delivers your mail, the cop on your corner. You shoot the breeze with the lady who makes your breakfast sandwich, maybe have a drink once in a while with that cool bookseller you met while browsing at B&N. But the opportunity to establish that kind of casual familiarity with a man or woman in armed service grows smaller each year (and promises to grow even smaller with looming budget cuts).

Without that familiarity, whisper and rumor replace reality. Fighting men and women become the stuff of legends. I mourn this. It’s not conducive to the proper relationship between a free country and the military that protects it, but it is absolutely conducive to great genre fiction.

When it comes to science fiction and fantasy, the stuff of legends is what it’s all about. 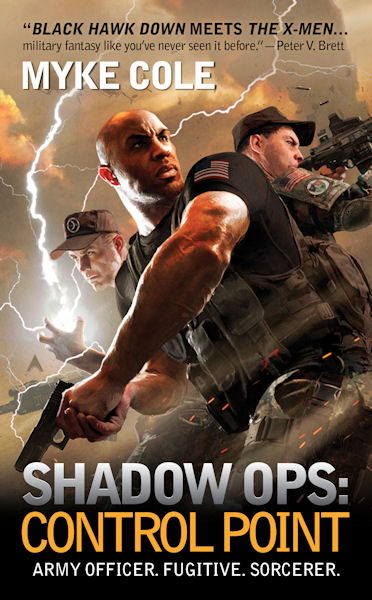 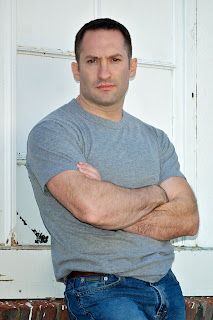 Myke Cole is the author of the upcoming military fantasy SHADOW OPS series. The first novel, CONTROL POINT, is coming from Ace (Penguin) in February, 2012. As a secu­rity con­tractor, gov­ern­ment civilian and mil­i­tary officer, Myke Cole’s career has run the gamut from Coun­tert­er­rorism to Cyber War­fare to Fed­eral Law Enforce­ment. He’s done three tours in Iraq and was recalled to serve during the Deep­water Horizon oil spill. All that con­flict can wear a guy out. Thank good­ness for fan­tasy novels, comic books, late night games of Dun­geons and Dragons and lots of angst fueled writing.