I picked up my comics a day late this week. I have subscriptions to the comics that I collect so I never really pay much attention to which comic is coming out when exactly because I know the comic will be in my folder. I look through Previews every month. If there is a new comic I'm interested in, it is added to my subscriptions (most of the time).

Here are some of the goodies I picked up: 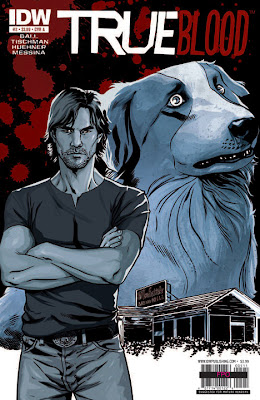 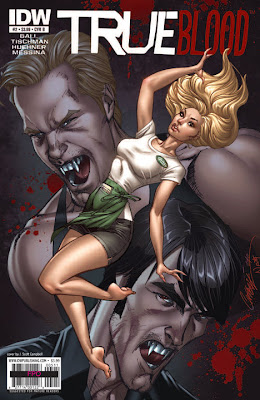 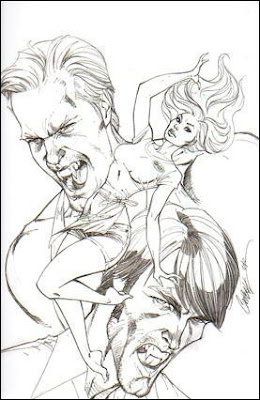 Fans of the 1950's film can now experience an all-new version of IT, the Terror From Beyond Space, with IDW's new series. When the spaceship Challenge 142 returns from a rescue mission to Mars, it carries the only survivor of the first expedition. But, now he is suspected of killing his crew for their lifesaving rations. Unlike the original film IT, the Terror From Beyond Space was redone as a retro-1950's alien adventure.

When asked about IT, the Terror From Beyond Space the writer of the series Dara Naraghi replied, "I'll just say that it's a good ol' fashioned '50s retro sci-fi romp with square-jawed men of action, sassy space babes and of course, a space monster!" The series features artwork by Mark Dos Santos, and color by Steve Mannion.

-The Terror From Beyond Space Returns this July, IDW Press Release

Here are the first 2 covers: 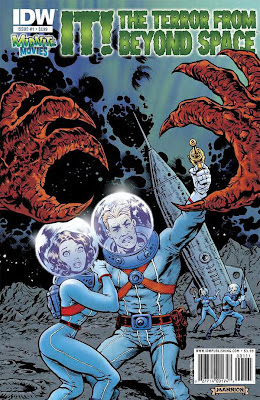 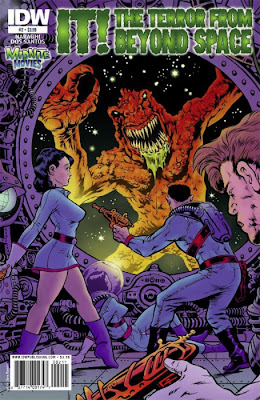 I love these covers. Just for fun here's the film's trailer:

I also picked up a special cover of George R. R. Martin's FEVRE DREAM that had been ordered for me a while ago. I love this cover for the bats alone! 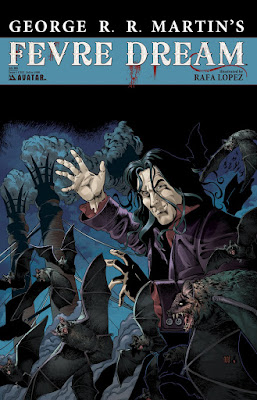 This comic is based on Martin's 1982 novel of the same name. Here's the book's description: 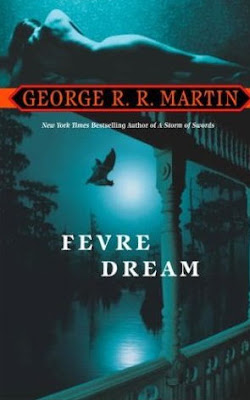 When struggling riverboat captain Abner Marsh receives an offer of partnership from a wealthy aristocrat, he suspects something’s amiss. But when he meets the hauntingly pale, steely-eyed Joshua York, he is certain. For York doesn’t care that the icy winter of 1857 has wiped out all but one of Marsh’s dilapidated fleet. Nor does he care that he won’t earn back his investment in a decade. York has his own reasons for wanting to traverse the powerful Mississippi. And they are to be none of Marsh’s concern—no matter how bizarre, arbitrary, or capricious his actions may prove.

Marsh meant to turn down York’s offer. It was too full of secrets that spelled danger. But the promise of both gold and a grand new boat that could make history crushed his resolve—coupled with the terrible force of York’s mesmerizing gaze. Not until the maiden voyage of his new sidewheeler Fevre Dream would Marsh realize he had joined a mission both more sinister, and perhaps more noble, than his most fantastic nightmare...and mankind’s most impossible dream.

Here is the spellbinding tale of a vampire’s quest to unite his race with humanity, of a garrulous riverman’s dream of immortality, and of the undying legends of the steamboat era and a majestic, ancient river.


Those are just some of the comics that I picked up today. Do you collect comics? What are some of your favorites?
Posted by Qwill at 7:10 PM