Please welcome Marina Lostetter back to The Qwillery. The Helm of Mindnight, the first novel in the The Five Penalties series, was published on April 13, 2021 by Tor Books. 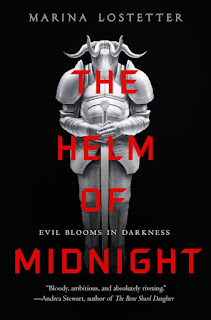 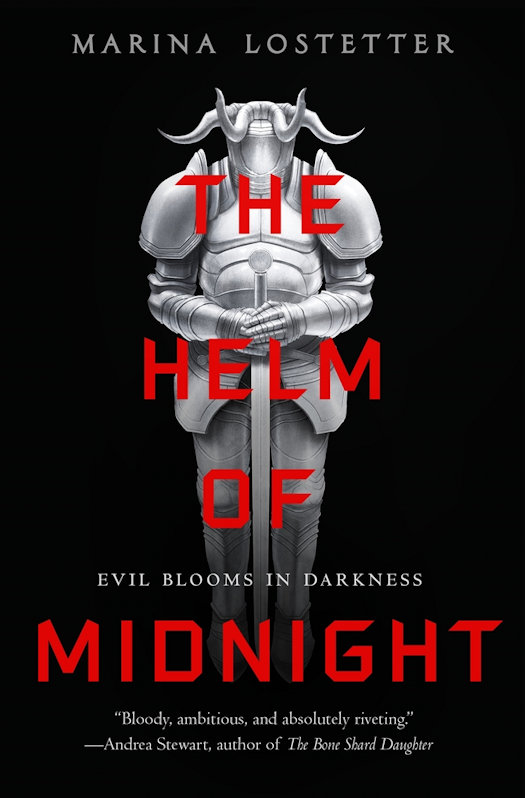 Hannibal meets Mistborn in Marina Lostetter’s THE HELM OF MIDNIGHT, the dark and stunning first novel in a new trilogy that combines the intricate worldbuilding and rigorous magic system of the best of epic fantasy with a dark and chilling thriller.
In a daring and deadly heist, thieves have made away with an artifact of terrible power—the death mask of Louis Charbon. Made by a master craftsman, it is imbued with the spirit of a monster from history, a serial murderer who terrorized the city.
Now Charbon is loose once more, killing from beyond the grave. But these murders are different from before, not simply random but the work of a deliberate mind probing for answers to a sinister question.
It is up to Krona Hirvath and her fellow Regulators to enter the mind of madness to stop this insatiable killer while facing the terrible truths left in his wake. 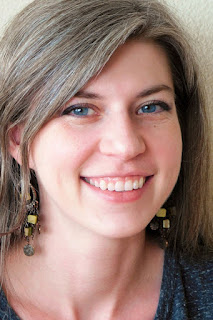 Marina J. Lostetter (she/her) is the author of Noumenon and Noumenon: Infinity. This is her first foray into fantasy. Originally from Oregon, she now resides in Arkansas with her husband, Alex. When not writing or drawing she can often be found reading spec-fic, or playing it (she enjoys a good zombie-themed board game now and again). And she does it all while globetrotting. Visit her online at https://lostetter.wordpress.com or follow her on Twitter @MarinaLostetter.
Posted by Qwill at 9:00 AM