Feature: The Between Novels by Kerry Schafer


Today The Qwillery is featuring the Between novels by Kerry Schafer including some exciting news about the 3rd novel in the series! 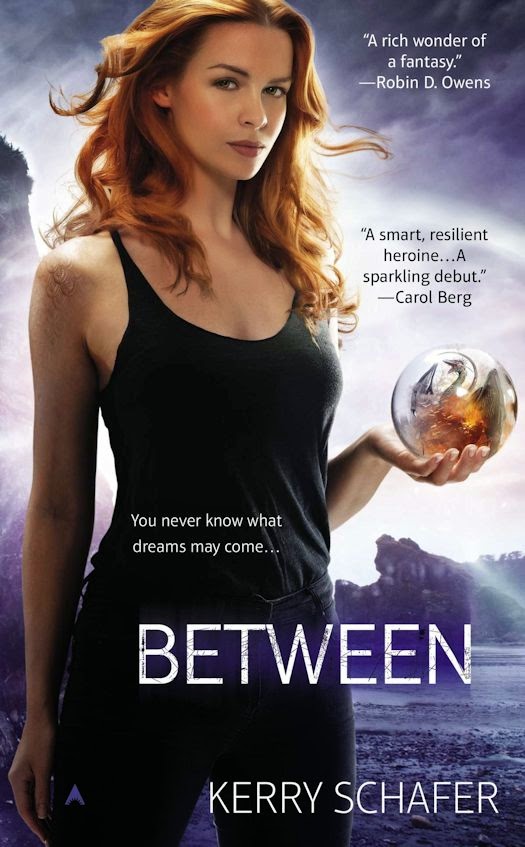 Vivian Maylor can’t sleep. Maybe it’s because she just broke up with her boyfriend and moved to a new town, or it could be the stress of her new job at the hospital. But perhaps it’s because her dreams have started to bleed through into her waking hours.

All of her life Vivian has rejected her mother’s insane ramblings about Dreamworlds for concrete science and fact, until an emergency room patient ranting about dragons spontaneously combusts before her eyes—forcing Viv to consider the idea that her visions of mythical beasts might be real.

And when a chance encounter leads her to a man she knows only from her dreams, Vivian finds herself falling into a world that seems strange and familiar all at once—a world where the line between dream and reality is hard to determine, and hard to control…

"A smart, resilient heroine, a scarred hero, dragons that are all too real and much too close, and myriad doorways that lead from a modern ER into dreams and waking and everything in Between make for a sparkling debut novel. Most enjoyable." – Carol Berg, author 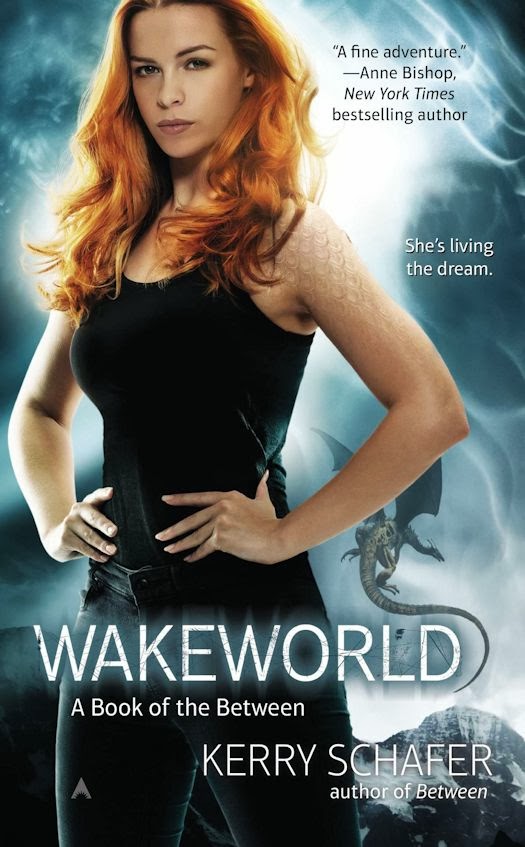 Vivian Maylor is trying to hold it together. But her attempts to build a life with the man she loves seem doomed by the dragon inside her yearning to break free. Vivian is a dreamshifter, the last line of defense between reality and the dreamworld, and the only one of her kind.

Weston Jennings also believes he is the only one of his kind. He fears his powers as a dreamshifter, and resists learning to control them. After suffering a tragic loss, Weston heads deep into the woods of the Pacific Northwest to embrace a safe life of solitude. But when a terrible mistake leads to an innocent’s death, his guilt drives him to his former home, where he encounters what he never thought he would find: another shifter.

Now Vivian and Weston must work together to defeat a new threat to the dreamworld.

"Rising star Schafer continues to advance an elaborate mythology that places her heroine at the intersection of worlds. Schafer proves densely plotted and emotionally charged storytelling is definitely her forte!" – RT Magazine

“Wakeworld is a fine adventure. Kerry Schafer gives us heroes we can root for and a world that twists and turns like an Escher print so that nothing is quite what it seems.” – Anne Bishop, author

“Schafer brings a unique voice to urban fantasy, and her writing has a dreamlike, magical quality. A captivating read, a real page-turner!” – Yasmine Galenorn, author


Kerry recently unveiled the cover for The Nothing... 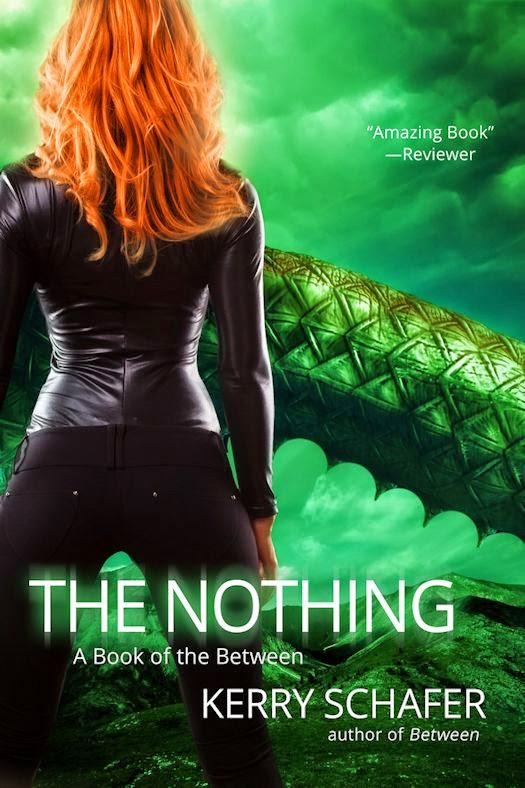 Vivian has one chance to save the worlds, and it could cost her everything.

In The Nothing, the third and final book of the Between Trilogy, a mysterious illness is killing healthy people in their sleep. While doctors and world leaders scramble to determine the source of the mysterious epidemic, Vivian Maylor travels through an increasingly unstable Between on a quest to stop it. She already knows the source of the disaster: Aidan the dragon queen has poisoned the dreamworlds. Every time a dreamworld dies, any dreamer caught up in that dream dies too. Much as Vivian despises the dark magic of the Sorcieri, they hold the secrets she needs to be able to pursue Aidan through the locked gates into the Forever. She has one chance to save the worlds—if she can persuade the Sorcieri to share their secrets, and if she is willing to sacrifice everything she loves…


A message from Kerry about The Nothing...

A Chance to be Part of the Story…

An unfinished series is a very sad thing. As a reader I am devastated when I finish a book and there isn't another one and the story hasn't yet ended. It reminds me of the time I bought a book and for some reason the last page was missing. There I sat, holding that book in my hands and screaming inside, "But I don't know what happened!!!"

When I started writing a trilogy I made a promise to my readers that I would finish what I started. And I intend to do that. Ace Books has opted not to pick up The Nothing so I'm going to publish it independently. However, I would like for the quality of the last book to be at the same level as the first two and good editors don't come cheap.

For all of these reasons, I'm running a Kickstarter to help give The Nothing a chance to find its way to more readers. If you would like to be part of this—either by backing the project or spreading the word—you can read all about it at https://www.kickstarter.com/projects/574989945/the-nothing-is-comingdream-if-you-dare

Right now, there is a Goodreads.com giveaway for BETWEEN!!! To enter to win a copy, check out the contest here, before November 13th.

You can also win a copy (either print, or ebook) by clicking on the rafflecopter link below. This Series Spotlight contest ends on November 11th.


Disclosure: Please note that Qwill has backed the Kickstarter for The Nothing.

Labels: Ace, Between, Feature, giveaway, Kerry Schafer, Kickstarter, The Nothing, Wakeworld
Email ThisBlogThis!Share to TwitterShare to FacebookShare to Pinterest