The July debut authors and their novels are listed in alphabetical order by author (not book title or publication date). Take a good look at the covers. Voting for your favorite July cover for the 2021 Debut Author Challenge Cover Wars will take place starting in the latter half of July.
John Appel
Assassin's Orbit
Solaris, July 20, 2021
Trade Paperback and eBook, 448 pages 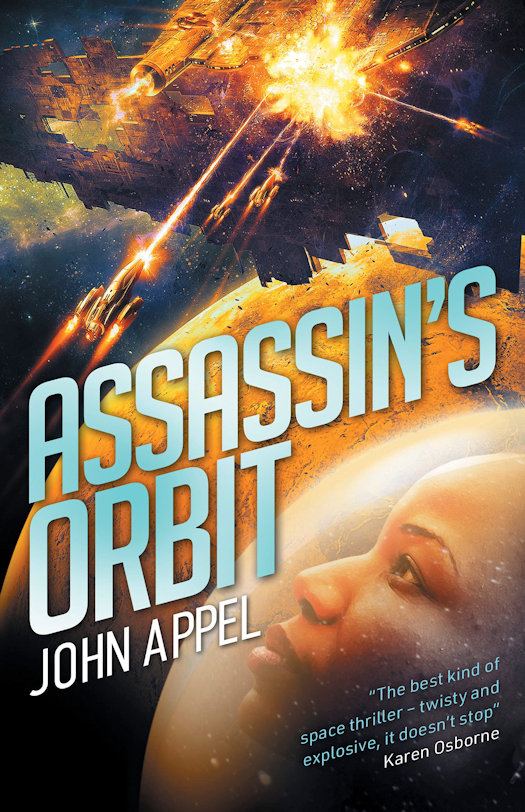 Murder makes unlikely allies.
On the eve of the planet Ileri’s historic vote to join the Commonwealth, the assassination of a government minister threatens to shatter everything. Private investigator Noo Okereke and spy Meiko Ogawa join forces with police chief Toiwa to investigate – and discover clues that point disturbingly toward a threat humanity thought they had escaped. 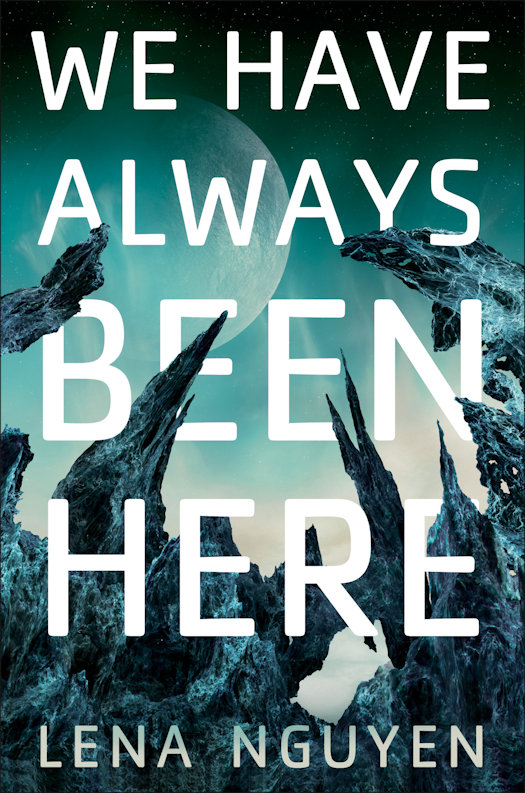 This psychological sci-fi thriller from a debut author follows one doctor who must discover the source of her crew’s madness… or risk succumbing to it herself.
Misanthropic psychologist Dr. Grace Park is placed on the Deucalion, a survey ship headed to an icy planet in an unexplored galaxy. Her purpose is to observe the thirteen human crew members aboard the ship—all specialists in their own fields—as they assess the colonization potential of the planet, Eos. But frictions develop as Park befriends the androids of the ship, preferring their company over the baffling complexity of humans, while the rest of the crew treats them with suspicion and even outright hostility.
Shortly after landing, the crew finds themselves trapped on the ship by a radiation storm, with no means of communication or escape until it passes—and that’s when things begin to fall apart. Park’s patients are falling prey to waking nightmares of helpless, tongueless insanity. The androids are behaving strangely. There are no windows aboard the ship. Paranoia is closing in, and soon Park is forced to confront the fact that nothing—neither her crew, nor their mission, nor the mysterious Eos itself—is as it seems. 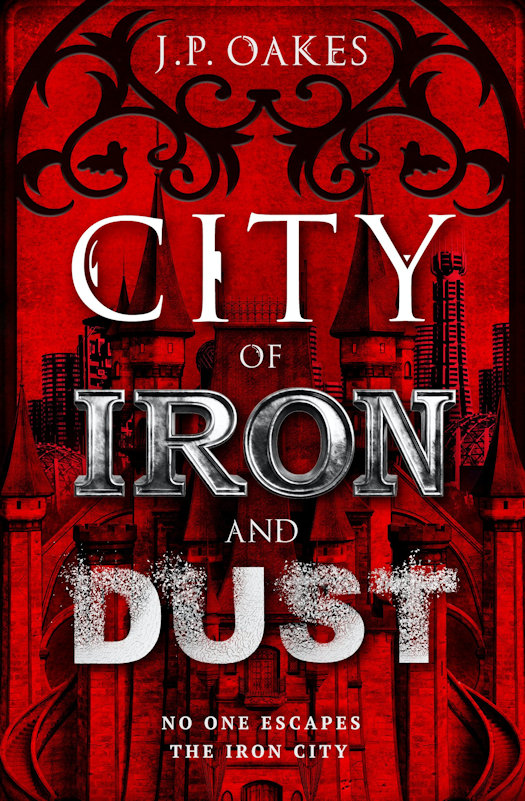 “A fantastic book, full of wit and sharp humor, City of Iron and Dust careens through a modernized faerie at a breakneck pace, full of verve and unforgettable characters. Oakes spins a smart, electric, and sometimes snarky tale, showing that the beating heart of modern fantasy is alive and well.” – John Hornor Jacobs, author of A Lush and Seething Hell and The Incorruptibles
The Iron City is a prison, a maze, an industrial blight. It is the result of a war that saw the goblins grind the fae beneath their collective boot heels. And tonight, it is also a city that churns with life. Tonight, a young fae is trying to make his fortune one drug deal at a time; a goblin princess is searching for a path between her own dreams and others’ expectations; her bodyguard is deciding who to kill first; an artist is hunting for his own voice; an old soldier is starting a new revolution; a young rebel is finding fresh ways to fight; and an old goblin is dreaming of reclaiming her power over them all. Tonight, all their stories are twisting together, wrapped up around a single bag of Dust—the only drug that can still fuel fae magic—and its fate and theirs will change the Iron City forever. 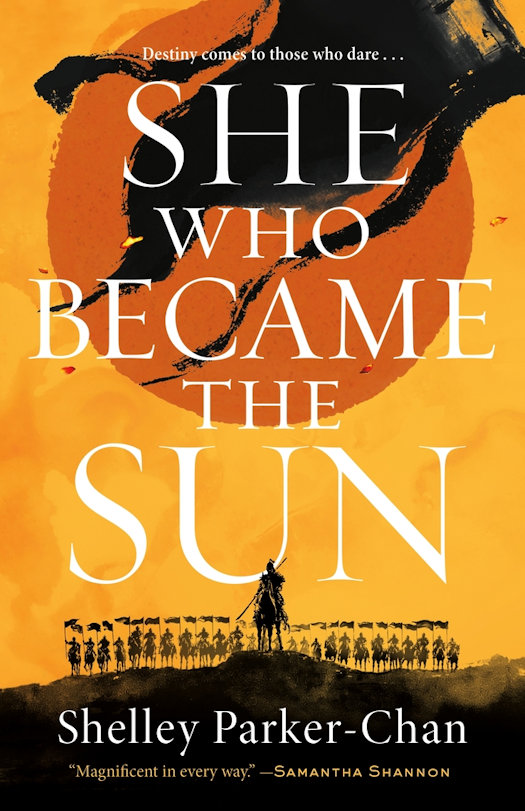 Mulan meets The Song of Achilles in Shelley Parker-Chan's She Who Became the Sun, a bold, queer, and lyrical reimagining of the rise of the founding emperor of the Ming Dynasty from an amazing new voice in literary fantasy.
To possess the Mandate of Heaven, the female monk Zhu will do anything
“I refuse to be nothing…”
In a famine-stricken village on a dusty yellow plain, two children are given two fates. A boy, greatness. A girl, nothingness…
In 1345, China lies under harsh Mongol rule. For the starving peasants of the Central Plains, greatness is something found only in stories. When the Zhu family’s eighth-born son, Zhu Chongba, is given a fate of greatness, everyone is mystified as to how it will come to pass. The fate of nothingness received by the family’s clever and capable second daughter, on the other hand, is only as expected.
When a bandit attack orphans the two children, though, it is Zhu Chongba who succumbs to despair and dies. Desperate to escape her own fated death, the girl uses her brother's identity to enter a monastery as a young male novice. There, propelled by her burning desire to survive, Zhu learns she is capable of doing whatever it takes, no matter how callous, to stay hidden from her fate.
After her sanctuary is destroyed for supporting the rebellion against Mongol rule, Zhu takes the chance to claim another future altogether: her brother's abandoned greatness. 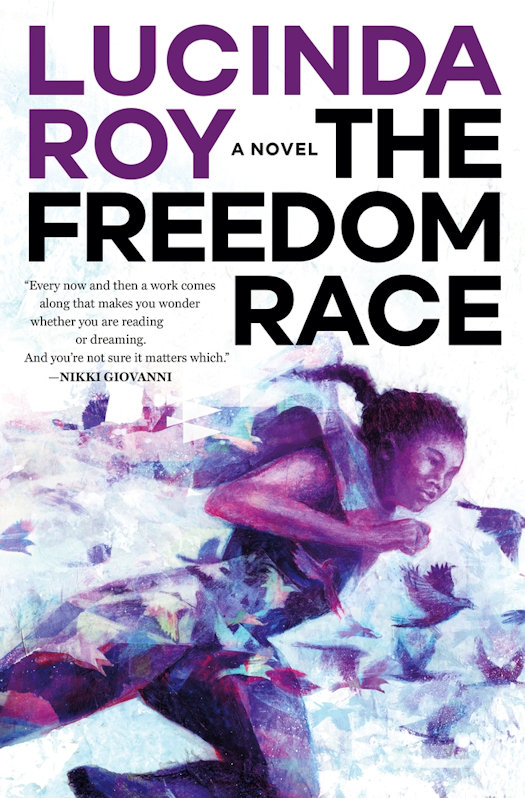 The Freedom Race, Lucinda Roy’s explosive first foray into speculative fiction, is a poignant blend of subjugation, resistance, and hope.
In the aftermath of a cataclysmic civil war known as the Sequel, ideological divisions among the states have hardened. In the Homestead Territories, an alliance of plantation-inspired holdings, Black labor is imported from the Cradle, and Biracial “Muleseeds” are bred.
Raised in captivity on Planting 437, kitchen-seed Jellybean “Ji-ji” Lottermule knows there is only one way to escape. She must enter the annual Freedom Race as a runner.
Ji-ji and her friends must exhume a survival story rooted in the collective memory of a kidnapped people and conjure the voices of the dead to light their way home. 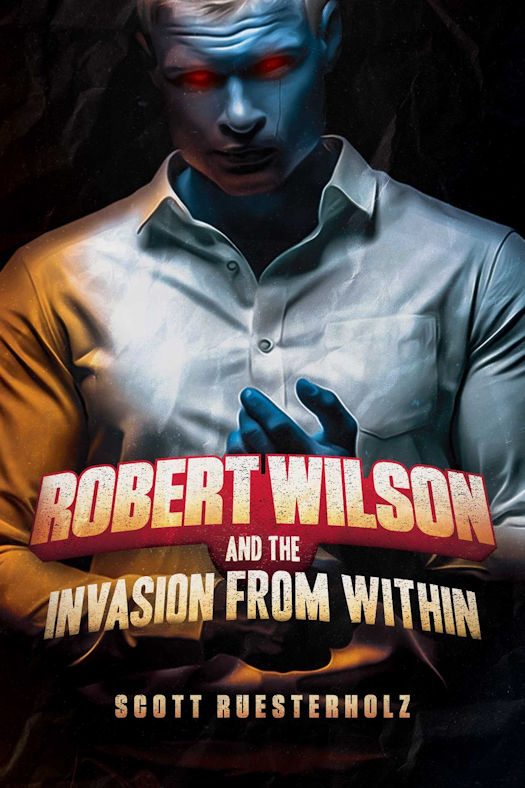 As the world confronts an invasion from an alien empire—which has embedded spies in global institutions—the decisions of one man may determine humanity’s fate.
Alien conqueror, Anton Frozos, sends Robert Wilson, a top graduate of a spy-training program, to Earth to gain influence and prime the planet for its eventual conquest. Robert uses his advanced knowledge and technology to amass significant power and fortune in the business world. However, Robert has concealed aspects of his past from Frozos, which may complicate his loyalty.
When Frozos’s forces arrive several years later, Robert must decide whether to support the man who has lifted him from a life of enslavement or defect and ally with Earth. This choice forces Robert to insert himself into the political process, opposing American President Nick Neverian, as the planet decides whether to forcefully resist invasion or accept Frozos’s demands. Robert’s own past with President Neverian, a one-time ally and now foe, further complicates his decision-making. As the crisis builds, will nations be brought to the brink of war? Will governments be toppled while the world reckons with Frozos’s army amassing in the sky?