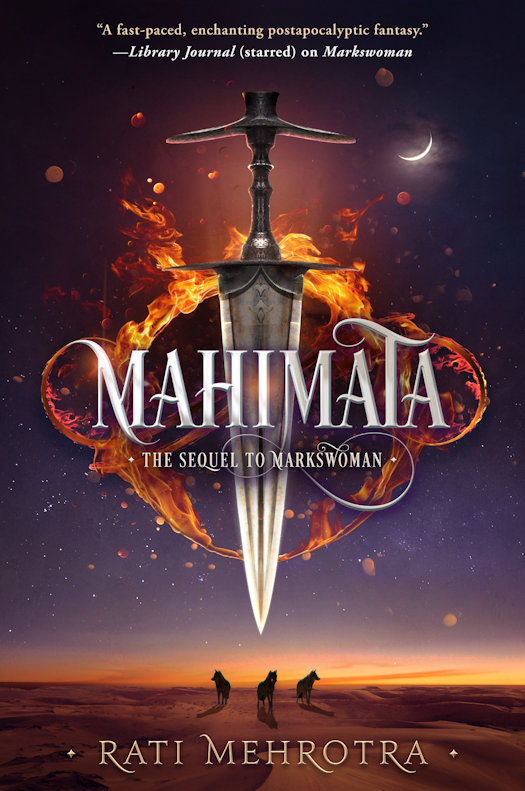 A young female assassin must confront the man who slaughtered her family, risk her heart, and come to terms with her identity as a warrior and as a woman in this thrilling fantasy from the author of Markswoman.

Kyra has returned to the caves of Kali, but her homecoming is bittersweet. She no longer knows what her place is. Her beloved teacher is dead and her best friend Nineth is missing. And gone, too, is Rustan, the Marksman who helped her train for the duel with Tamsyn--and became far more than a teacher and friend.

Shaken by his feelings for Kyra and the truth about his parentage, Rustan has set off on a quest for answers. His odyssey leads him to the descendants of an ancient sect tied to the alien Ones--and the realization that the answers he seeks come with a price.

Yet fate has plans to bring Kyra and Rustan together again. Kai Tau, the man who slaughtered Kyra’s family, wages war on the Orders of Asiana. Hungering for justice, Kyra readies herself for battle, aided by her new companions: the wyr-wolves, who are so much more than what they seem. And determined to keep the woman he loves safe, Rustan joins the fight to ride by her side.

But will this final confrontation ultimately cost them their love . . . and their lives? 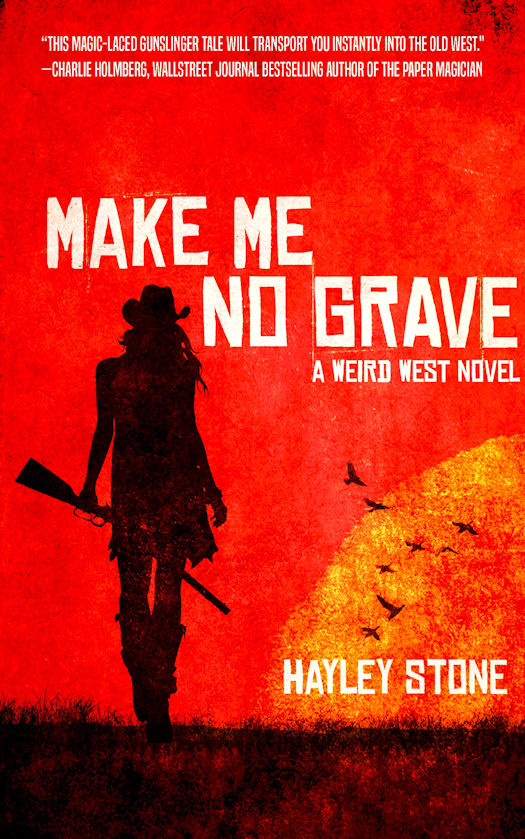 Marshal Apostle Richardson faces off against bloodthirsty outlaws, flesh witches, ruthless vigilantes, and more in this gritty, magical re-imagining of the Old West.

Almena Guillory, better known as the Grizzly Queen of the West, has done plenty to warrant the noose, but US Marshal Apostle Richardson enforces the law, he doesn't decide it. When a posse tries to lynch Almena ahead of her trial, Apostle refuses their form of expedited justice - and receives a bullet for his trouble. Almena spares him through the use of dangerous flesh magic but escapes soon after saving him.

Weeks later, Apostle fears the outlaw queen has returned to her old ways when she's spotted terrorizing Kansas with a new gang in tow. When cornered, however, Almena makes a convincing case for her innocence and proposes a plan to take the real bandits down. Working with a known killer opens Apostle up to all sorts of trouble, not the least being his own growing attraction toward the roguish woman. Turning Almena away from vengeance may be out of the question, but if he doesn't try, she'll wind up right where the law wants her: at the end of a rope.

And if Apostle isn't careful, he'll end up joining her.

If you like Red Dead Redemption and Lila Bowen's Wake of Vultures, you'll love this gun-blazing weird western. 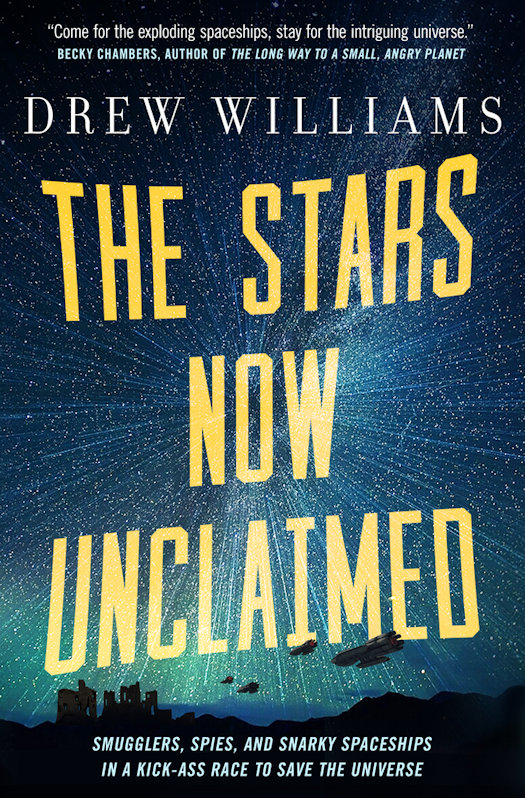 Drew Williams's The Stars Now Unclaimed, the first volume of The Universe After series, is a fun, adventure-filled space opera set in a far-future galaxy.

Jane Kamali is an agent for the Justified. Her mission: to recruit children with miraculous gifts in the hope that they might prevent the Pulse from once again sending countless worlds back to the dark ages.

Hot on her trail is the Pax--a collection of fascist zealots who believe they are the rightful rulers of the galaxy and who remain untouched by the Pulse.

Now Jane, a handful of comrades from her past, and a telekinetic girl called Esa must fight their way through a galaxy full of dangerous conflicts, remnants of ancient technology, and other hidden dangers. 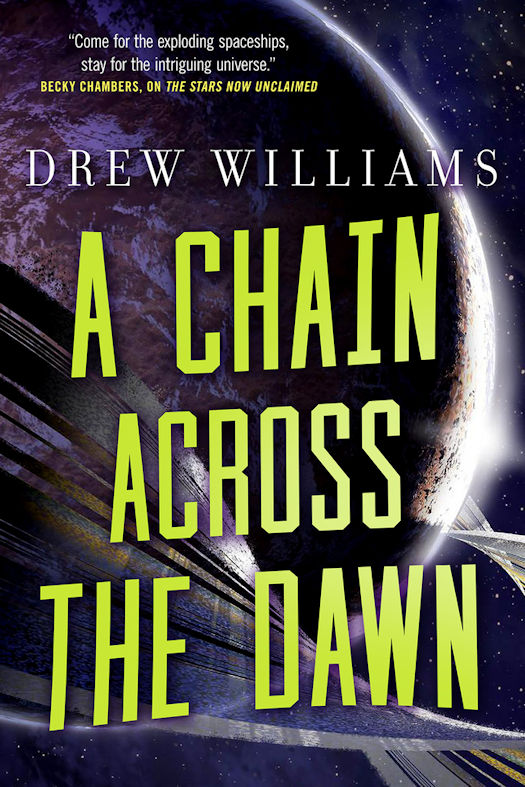 Drew Williams continues the Universe After series with A Chain Across the Dawn, an epic space opera chase across the galaxy with witty banter, fantastical planets, and a seemingly unbeatable foe.

It’s been three years since Esa left her backwater planet to join the ranks of the Justified. Together, she and fellow agent Jane Kamali have been traveling across the known universe, searching for children who share Esa’s supernatural gifts.

On a visit to a particularly remote planet, they learn that they’re not the only ones searching for gifted children. They find themselves on the tail of a mysterious being with impossible powers who will stop at nothing to get his hands on the very children that Esa and Jane are trying to save.

With their latest recruit in tow—a young Wulf boy named Sho—Esa and Jane must track their strange foe across the galaxy in search of answers. But the more they learn, the clearer it becomes—their enemy may be harder to defeat than they ever could have imagined.