Guest Blog by Sharon Ashwood - You Again? The joy and peril of reunion romances - and Giveaway - June 22, 2015


Please welcome Sharon Ashwood to The Qwillery.  Sharon's most recent novel is Possessed by a Wolf (May 1, 2015) with Possessed by the Fallen coming out on July 1, 2015 from Harlequin. 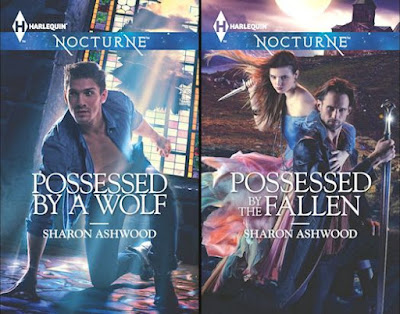 You Again? The joy and peril of reunion romances by Sharon Ashwood

Running into an old flame is challenging enough. What if they were a werewolf or a vampire? Or something even more deadly? What if he remembers that Dear Vlad letter and decides to get his own back in a decidedly pointed way?

The last two books of the Horsemen series, Possessed by a Wolf and Possessed by the Fallen are both reunion romances, but of two different kinds. In Wolf, the heroine, Lexie, broke off her relationship with Faran, her werewolf boyfriend, when she discovered his true nature. Now they’re thrown together again in dangerous circumstances that only grow worse when they must find a thief to clear Lexie’s name. The nature of the reunion is complicated by Lexie’s painful past and Faran’s possessive wolf nature. What broke them apart—fear and shame—remains in the present. However, there is a glimmer of hope because they’ve both grown as individuals. The story, though paranormal, asks very human questions—have they grown enough? Do they still love each other enough? Can they let go of the past and try again? In other words, despite the fact they’re caught up in a supernatural adventure and derring-do, the resolution of the romance has to come from within the characters.

Fallen is different. The characters are who they always were, but layers upon layers of secrets are falling away as external circumstances change. Plus, the breakup of Jack and Lark was spectacular. If nothing else, stabbing your boyfriend makes the “goodbye” message crystal clear. Is there hope for love after that? Jack might be forgiven for harboring a few doubts! Neither lover has been honest in the past, and the question is whether forgiveness—or even survival—is possible once the truth is known. This is a story of sacrifice and many kinds of love—for family, for friends, for lovers, and for something greater than ourselves.

Writing these two stories provided very different experiences. My werewolf, Faran, is funny and passionate, the kind of character an author loves to work with. He’s game for anything and doesn’t bother to hide what he’s thinking. The emotional journey in Wolf was easy to see from the first sentence. Fallen was more demanding, because, like Jack, I completely underestimated the heroine. Like so many of us, Lark grew up bound by the expectations of the family and community she loves. The strength it takes to change the course of her fate—and Jack’s—is phenomenal. Through the process of writing this book, she has become one of my very favorite characters.

These two books conclude the Horsemen series. They can be read on their own, but those who have followed the series will recognize Chloe, Sam and Mark from earlier books. And in the end we finally see the wedding between Princess Amelie and Prince Kyle as the long war between their nations comes to a close. Not without a few hiccups, of course! If everything went smoothly, what would our heroes have to keep them busy? And what would bring them back to those lost loves who deserve a second chance? 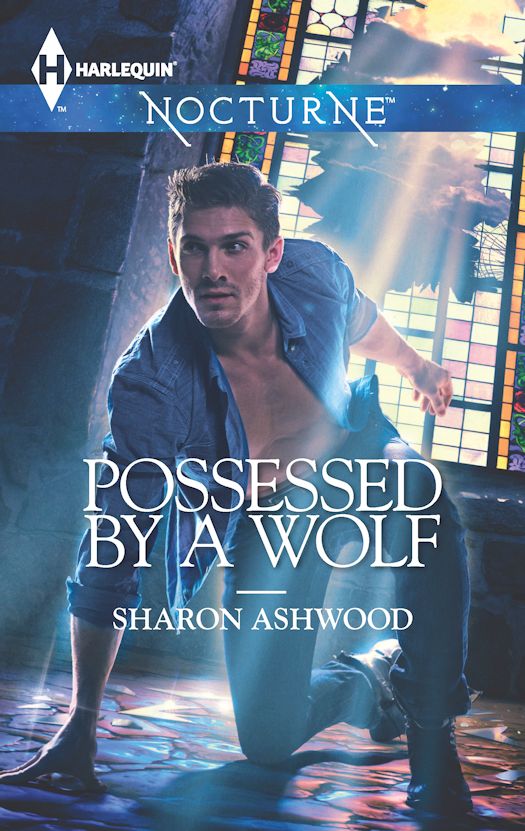 Royal photographer Lexie Haven wasn’t expecting to see her ex-boyfriend Faran ever again. She could accept that he was a spy, but a werewolf? No way. No matter how good they had been together, she has very personal reasons for steering clear of monsters. That is, until he literally crashes into a royal gathering in all his furry glory—and with a gunman on his tail.

Within minutes of seeing each other again, the two estranged lovers are on a collision course. For now, Lexie is a prime suspect in the heist of a priceless ring, and only Faran can help her find the jewel and restore peace to the royal kingdom. But first, Lexie needs to trust in second chances and the supernatural. 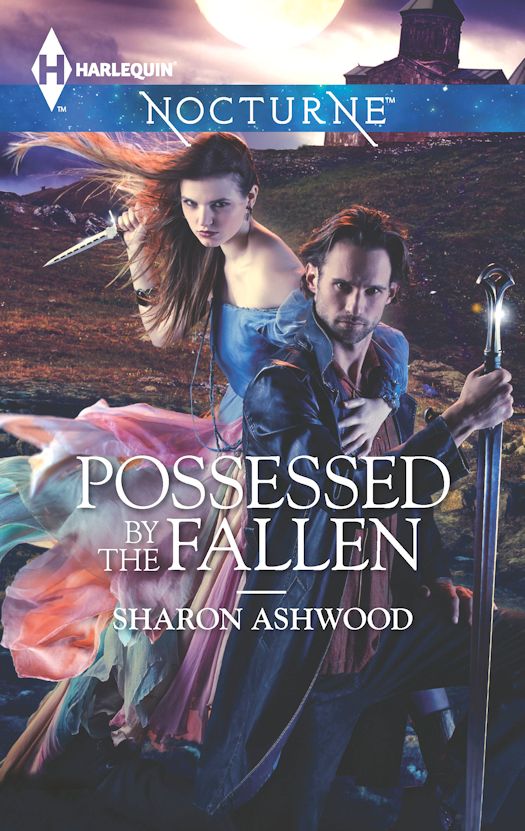 When his lover learned his darkest secret, she betrayed the elite vampire agent…

Now the beautiful fey Jessica Lark is back in Jack Anderson's life. With the fate of a royal wedding and a high-stakes mission depending on his complete attention, Jack has no room for distraction. Especially the sort this temptress poses. A fey spy who also seems to be guarding dangerous secrets that aren't her own.

The two agents don't know if they can trust one another. But if they hope to unravel a dark plot and fight an evil queen, they'll have to try. Their undeniable attraction might just save them…but first they'll have to travel through a portal to a hidden, treacherous fairy-tale kingdom. 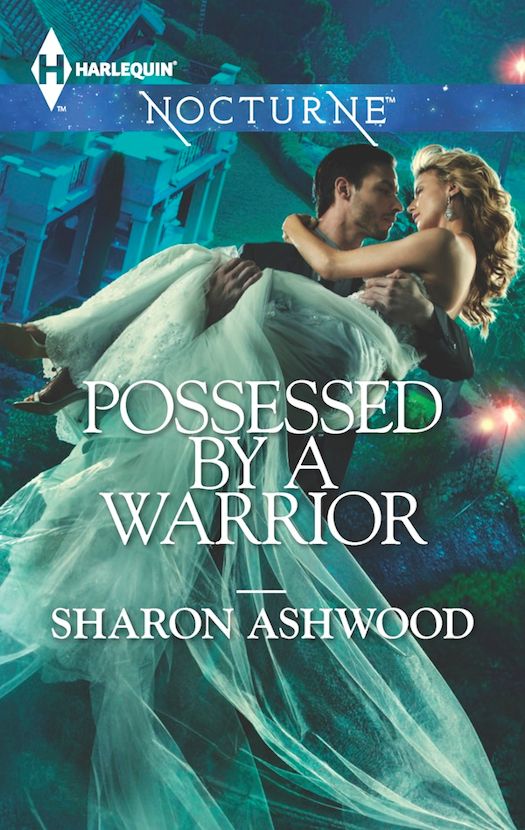 The violent death of her uncle sends Chloe Anderson reeling—and rushing to his estate. As coexecutor of Jack's will, she assumes that he has left her something. What she doesn't expect is a bejeweled wedding gown with a note warning her to trust only his business partner—dark, mysterious and sexy Sam Ralston.

Chloe's been burned in love, but never bitten, and there's something about Sam that keeps drawing her in, despite her fears. The attraction is mutual, intense, and it takes all of Sam's willpower to hide his fangs. With Chloe's career at stake and murderous thieves hot on their trail, the vampire vows to protect her. But can he save her from himself? 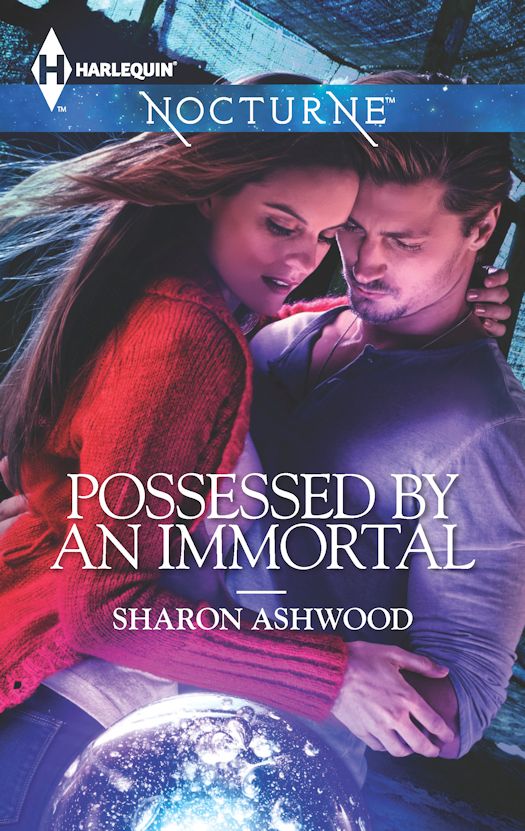 Can a mother in jeopardy melt the heart of a jaded vampire?

After witnessing a murder, Bree Meadows is on the run with her young son. But the bad guys are in hot pursuit. Dropped in the middle of nowhere amid a torrential thunderstorm, things look pretty grim. To make matters worse, her son is in desperate need of medical attention.

Mark Winspear has been alone for too long. When the vampire senses a gorgeous female nearby, he discovers that her swift, selfless courage pulls at his instincts.The doctor has history with the same men who are after Bree—and he's ready for revenge. Working together now, they discover an attraction that might save them both—if they're lucky.

Sharon Ashwood is a novelist, desk jockey and enthusiast for the weird and spooky. She has an English literature degree but works as a finance geek. Interests include growing her to-be-read pile and playing with the toy graveyard on her desk. As a vegetarian, she freely admits the whole vampire/werewolf lifestyle would never work out, so she writes her adventures instead.

Sharon is the winner of the RITA® Award for Paranormal Romance. She lives in the Pacific Northwest and is owned by the Demon Lord of Kitty Badness.

What:  One entrant will win a paperback copy of Possessed By A Wolf  from Sharon Ashwood.

Who and When:  The contest is open to all humans on the planet earth with a mailing address. Contest ends at 11:59 PM US Eastern Time on July 3, 2015. Void where prohibited by law. No purchase necessary. You must be 18 years old or older to enter.