Earlier this week Linda Poitevin revealed the cover for Sins of the Sons, the 2nd book in The Grigori Legacy series. Yet again, a really nice cover! 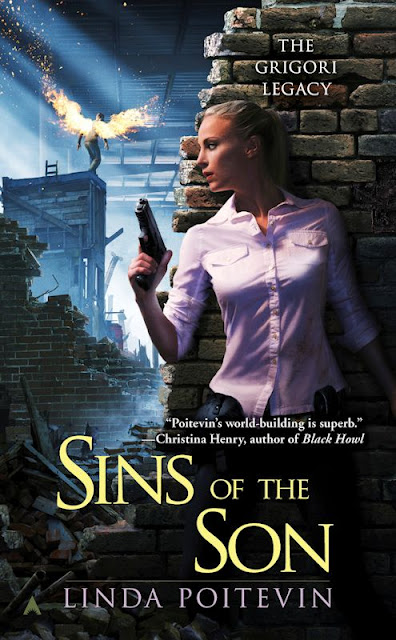 A detective with a secret…

When homicide detective Alexandra Jarvis sees a photo of Seth Benjamin on a police bulletin, she knows that Heaven’s plan to halt Armageddon has gone terribly wrong. As the only mortal aware of Seth’s true nature, only she can save him.

Aramael was a hunter of Fallen Angels until a traitor forced him into earthly exile. Now, with no powers and only a faint memory of Alex, his mortal soulmate, he will stop at nothing to redeem himself—even if it means destroying Seth in the name of the Creator.

A world with little chance of redemption…

As Alex’s need to protect Seth sets her on a fiery course with the determined Aramael, the coming conflict between them may push the world over the edge—and into the very chaos they’re trying to prevent.

Prior books in the series: 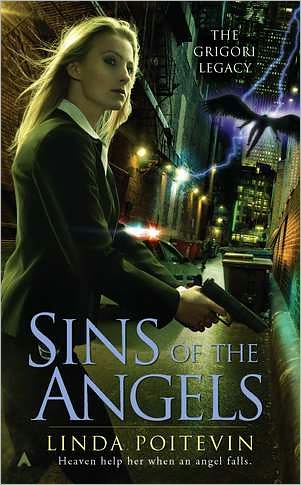 When homicide detective Alexandra Jarvis is assigned a new partner in Aramael, a Guardian Angel who doubles as a hit man, they have only one thing in common: a fallen angel hell-bent on triggering the apocalypse. Now they have no choice but to work together-relentlessly, fearlessly, intimately. Because only they can stop the rogue angel from ushering in the end of days.

Read my review of Sins of the Angels here.
Posted by Qwill at 3:31 PM

Labels: covers, Linda Poitevin, Sins of the Angels, Sins of the Sons, The Grigori Legacy
Email ThisBlogThis!Share to TwitterShare to FacebookShare to Pinterest