The Vampire in the Cinema and TV

I watched Dark Shadows when I was a kid. Loved it. It was creepy and interesting. I can still hum the theme music. I even liked the remake with Ben Cross as Barnabas. Forever Knight is also a favorite though I'm still not 100% sure what happened at the end. I also really enjoyed Kindred: The Embraced, which was based on the White Wolf role-playing game, Vampire: the Masquerade. The vampire Prince of the City, Julian Luna, was played by Mark Frankel. The series lasted 8 episodes in 1996. Mark Frankel perished in a motorcycle accident in Sept. 1996. And let's not forget Buffy and Angel.

Recently we had Moonlight and Blood Ties, neither of which lasted long. Now True Blood is on HBO and L.J. Smith's Vampire Diaries is coming to the CW. 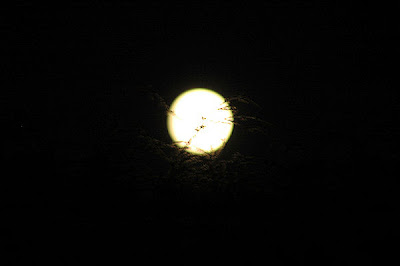 Of course there are many more vampire films than TV shows. I collect vampire films and have a penchant for really really awful films. Two of my favorites are A Polish Vampire in Burbank (1985) and Uncle Was a Vampire (an Italian film, Tempi duri per i vampiri, 1959). Both are so bad that they are funny. I'm not sure that I could pick a favorite film though. I loved Bram Stoker's Dracula (1992). Gary Oldman was a terrific Dracula. I also love Dracula (1931) with Bela Lugosi. I like most of the Hammer Films with Christopher Lee. I could go on; I won't.

But I'm really at a loss to think of which book or series that I'd like to see as a film or TV show. Any suggestions?

Qwill's Qwestion: Do you have a favorite vampire film or TV show? What book or series would you like to see made into a movie or TV show?