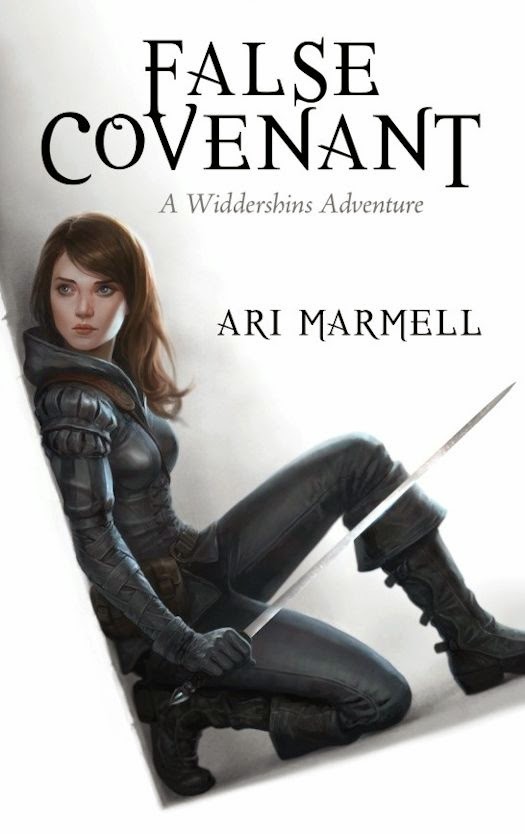 It’s been over half a year, now, since the brutal murder of Archbishop William de Laurent during his pilgrimage to the Galicien city of Davillon. During that time, the Church of the Hallowed Pact has assigned a new bishop to the city—but it has also made its displeasure at the death of its clergyman quite clear. Davillon’s economy has suffered beneath the weight of the Church’s displeasure. Much of the populace—angry at the clergy— has turned away from the Church hierarchy, choosing private worship or small, independent shrines. And the bishop, concerned for his new position and angry at the people of Davillon, plans to do something about it.

But a supernatural threat is stalking the nighttime streets—a creature of the other world has come to infiltrate the seedier streets of Davillon, to intertwine its tendrils through the lower echelons of society. Faced with both political upheaval and a supernatural threat to its citizenry, the local representatives of the Church are paralyzed and the Guardsmen are in over their heads.

And then there’s Widdershins. Who’s tried, and failed, to stay out of trouble since taking over Genevieve’s tavern. Who’s known to the Church and the Guard both, and trusted by neither. Who may, with some of her Thieves’ Guild contacts, have unwittingly played a part in the bishop’s plans. And who, along with her personal god Olgun, may be the only real threat to the supernatural evil infesting Davillon.

A quick note: I had so much fun reading Thief’s Covenant, that I wanted to see what happens next to Windershins. My wonderful editor Sally and Pyr were kind enough to send me the other books in the series. I'm happily reading my way through them now, I'd just like to publicly thank them both.

I'm happy to say that False Covenant does not suffer from a sophomore slump, in fact, I enjoyed it more than the first book. It helps that I'm already familiar with the majority of the characters and the city setting. Ari Marmell is able to jump right into the story and he does just that. Our protagonist is still recovering from the events of the climatic battle in the first book. Widdershins lost some important people and I appreciated that Marmell didn't shy away or brush off their deaths quickly. It helped me connect with Widdershins as I saw her trying to recover. Even with these heavy emotions of loss, Marmaell is able to use humor to keep things from getting depressing. Marmell also introduces a love square, and, like the grief, he finds a nice balance in the romance.

For anyone worried this book is all emotions and no action, fear not. Marmell introduces three different antagonists in this book. Thankfully, they come and go so the story never feels too crowded. Normally, I would be bothered with so many villains, as I like to get to know the villain, but the nature of the main antagonist doesn't allow us to get into its back story, so by having a couple other antagonists we're able to connect to them while enjoying the originality and strangeness of the main villain. Marmell introduces the best villain/monster I've read in a long time. Iruoch is a living dark nursery rhyme. An evil branch of the fairy folk. One of the best things about Iruoch was the fact that Marmaell kept him mysterious and just a bit unknown. I don't want say too much about him, but I loved it when he was on the page. The city of Davillon continues to come to life in the second book as a rift between it and the church strangles trade going in and out of the city, leaving many of the citizens to lose their faith as they struggle to survive.

False Covenant is a spectacular second book in the Widdershins series. The books in this series are short and fun to read. Anyone can find the time in their busy day to read this book and they really should. I can't wait to dive into book three. There are acts of violence and language, so I would recommend it to older teens and adults. I would also recommend this book to anyone who likes a fast read, fans of a good rogue's tale, and, for this book in particular, anyone who likes a creepy villain.