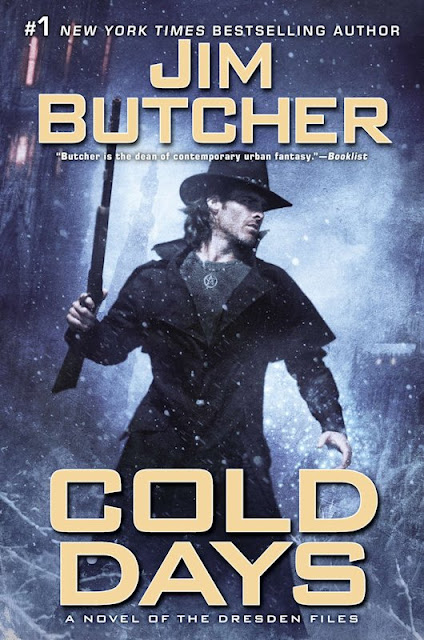 After being murdered by a mystery assailant, navigating his way through the realm between life and death, and being brought back to the mortal world, Harry realizes that maybe death wasn’t all that bad. Because he is no longer Harry Dresden, Chicago’s only professional wizard.

Of course, it won’t be an ordinary, everyday assassination. Mab wants her newest minion to pull off the impossible: kill an immortal. No problem there, right? And to make matters worse, there exists a growing threat to an unfathomable source of magic that could land Harry in the sort of trouble that will make death look like a holiday.

Beset by enemies new and old, Harry must gather his friends and allies, prevent the annihilation of countless innocents, and find a way out of his eternal subservience before his newfound powers claim the only thing he has left to call his own…His soul.

(Please note that this is a spoiler-free review and therefore I am limited in what I will say.)

Harry Dresden, wizard extraordinaire, trouble magnet and now the Winter Knight, is back in the 14th Dresden Files novel.  I confess that I'm a Harry Dresden fan. The Dresden Files is without doubt one of my favorite Urban Fantasy series. While Cold Days is a hefty novel, weighing in at 500+ pages, I thoroughly enjoyed it from start to finish.  Reading a new Dresden Files novel is like hanging out with old friends... and then watching all hell break loose.  I would expect nothing less.

In Cold Days, Harry has to take on the mantle of being Mab's Winter Knight, reconnect with friends and family, and deal with another out-sized supernatural threat.  So it's pretty much business as usual for Harry.  His first order to kill from Mab (the Winter Queen) is a doozy.  However, carrying on is what Harry does best. Harry launches himself head first into figuring out what is going on with his usual aplomb (read a bit of bumbling and a lot of detective work).  Harry has several personal issues to deal with in Cold Days and is at times more introspective than usual.  I find this adds a great deal of depth to the novel without overwhelming the story.

The supporting cast is wonderful as usual.  Interesting things have been happening with some of them.  Plus new questions are raised about who some of them really are.  (No spoilers!)  The exceptional world of the Dresden Files has been built over the prior novels, but Mr. Butcher always treats us to something more, something that surprises Harry and us.  This is clearly the case with Cold Days.

The ending of Cold Days is both superb and unexpected.  No cliffhanger, but there is definitely more to come as Mr. Butcher, Harry and friends take on what happens next.  I must add the Mr. Butcher has achieved the near impossible with Cold Days: I almost like Mab... a little bit.

Cold Days is one of my favorite books in the Dresden Files.  It's full of action, twists and turns, Harry's trademark humor, and is an immensely satisfying wild ride.

While you can read Cold Days as a standalone, I highly recommend that you read the prior books in the Dresden Files.