Here are some of the April 2021 novels by formerly featured Debut Author Challenge (DAC) Authors. The year in parentheses is the year the author was featured in the DAC.
Alina Boydon (2020)
Gifting Fire
Stealing Thunder 2
Ace, April 13, 2021
Trade Paperback and eBook, 400 pages 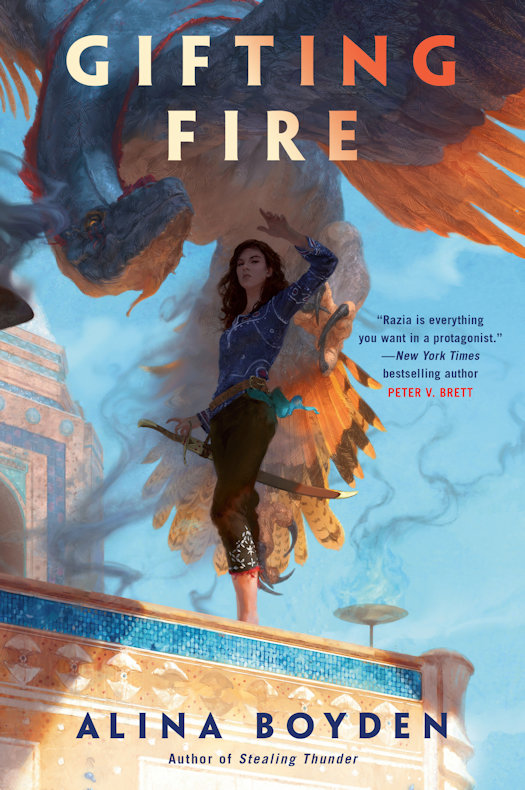 The battle has been won, but the war is just beginning.
Although at long last Razia Khan has found peace with herself and love with her prince, Arjun, her trials are far from over. In order to save her prince and his city from certain destruction, Razia made a deal with the devil–her father, the Sultan of Nizam. Now the bill has come due.
Razia must secure the province of Zindh, a land surrounded by enemies, and loyal to a rebel queen who has survived her father’s purge. But when her old tormentor Prince Karim invades her new home and forces her into a marriage alliance, Razia finds herself trapped in the women’s quarters of a foreign palace, with her beloved Prince Arjun exiled from her side.
Now, in order to free herself, and her province, from Karim’s clutches, she must call upon all of her training as a royal princess, a cunning courtesan, and a daring thief to summon new allies and old friends for a battle that will decide her fate, and the fate of an empire. 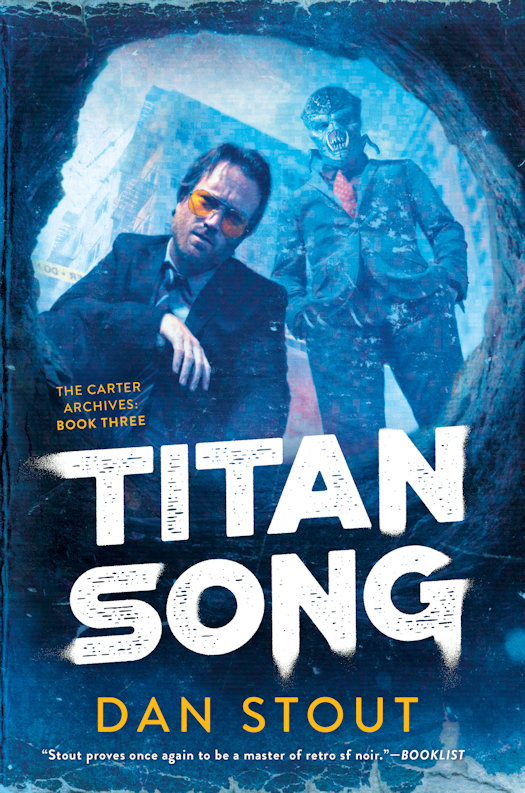 The third book in the acclaimed Carter Archives noir fantasy series returns to the gritty town of Titanshade, where danger lurks around every corner.
Forbidden magic, murder… and disco. Carter’s day keeps getting worse.
With the return of spring, new life floods into Titanshade. The sun climbs higher and stays longer, the economy is ascendant, and ever more newcomers arrive to be part of the city’s rebirth. Even pop culture has taken notice, with a high-profile concert only days away. When a band member’s murder threatens to delay the show, the diva star performer demands that the famous Detective Carter work the case. But Carter has secrets of his own, and his investigation unearths more victims and dark secrets, triggering a spiral of deceit, paranoia, and nightmarish magical transformations.
As conspiracies are exposed, Carter is sucked even deeper into the machinations of the rich, the powerful, and the venerated. Soon the very foundations of the city threaten to collapse and Carter’s own freedom is on the line as he navigates between old enemies and fragile new alliances while racing to learn the true cause of this horrific series of deaths. 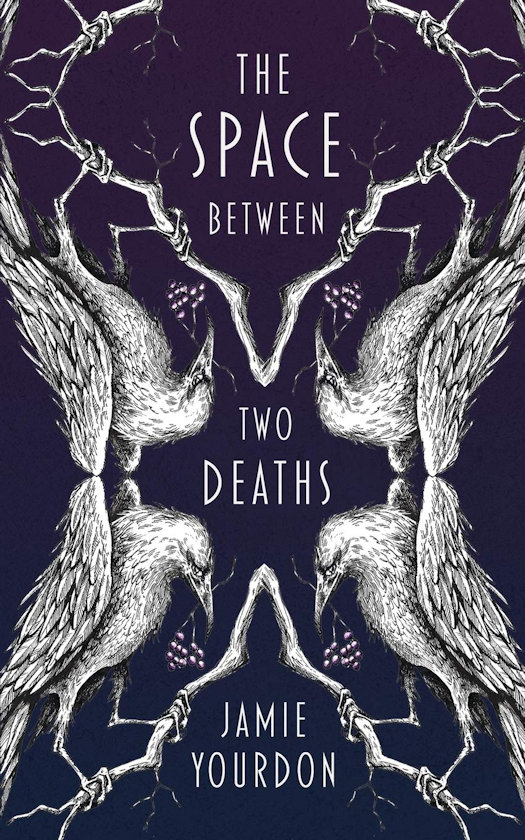 In ancient Sumeria, only a thin veil separates the living from the dead.
The lives of Ziz, her mother, Meshara, and her father, Temen, are disrupted when a mysterious crevasse rends the earth. Temen becomes obsessed with the mystery and, capturing a crow to guide him, he follows a path to the netherworld where he hopes to gain wisdom from his dead father. Yet he soon finds that ancestors don't always provide the answers we need.
In his absence, a grisly accident occurs on their farm -- Meshara and Ziz are forced to flee. Friendless and alone, they must find a way to survive despite the brutalities of their landlord and devotees of the religious nation-state. Will the women revel in their new companionship or seek to find freedom elsewhere?

Amazon : Barnes and Noble : Bookshop : Books-A-Million : IndieBound
Kobo
Posted by Qwill at 6:30 AM