Guest Blog By Hanna Martine - The Dreams You Keep

Please welcome Hanna Martine to The Qwillery as part of the 2012 Debut Author Challenge Guest Blogs. Hanna's debut, Liquid Lies (The Elementals 1), will be published on July 3, 2012 by Berkley. Tomorrow! Read an interview with Hanna here.


THE DREAMS YOU KEEP
Writing professionally has been a dream of mine since I was very young. However, it was a dream, not my only dream.

If I could have been the first dancer/novelist, my life would have been complete. I felt as much love for performing in front of an audience as I did for sitting in my bedroom alone clacking away at my mom's typewriter.

When you're that young--we're talking grade school--dreams never seem impossible. Unless something profound and real is holding you back, when you're eight, you can be anything. Life seems borderless and grand, and growing up is so far away. Like Peter Pan, you feel ageless.

I always thought I'd be able to keep dancing. I don't think I ever fooled myself into believing I was good enough to be professional, but I couldn't picture a day when it wouldn't be part of my life. The dream flickered, small but ever-present, in the back of my mind.

My two loves, dance and writing, went hand in hand for a long time. In college, I adopted a grueling dance (and social) schedule. I barely wrote. Soon after, life took me away from both my loves. Dance isn't something you can pick up after years off and expect to be at the same level you once were. But writing ... the more mature I became, the more I read and analyzed and typed away--surprise, surprise--the better I got at it.

As the dream of dance faded, the obsession to become a writer took over. I knew that's where my true talent lay, the one that could fulfill me professionally and spiritually.

Still, dance was a powerful dream, and now it's gone. It hurts to this day. Go with me to a dance performance and I will cry. It's a given. The tears are as much for the talent I don't have anymore as for the beauty of what I see on stage. But clinging to regret for not pursuing dance earlier on and in a more aggressive manner is useless. Regret holds you back. And I've only ever wanted to fly.

I remember the exact day the dream of writing manifested into a serious, tangible goal of becoming a novelist. I hadn't written a word in at least five years. I was at the library, running my fingers over the spines of the science fiction and fantasy books. The desire to share my stories with an audience, in much the same way as I'd shared my performances, slammed into me with such powerful force I went immediately to the store, bought a notebook (I didn't even own a computer then) and started scribbling down ideas.

Dreams are funny things. Some you are forced to leave behind. Some are ripped away against your will. Some you hold on to. Some you merely set aside for when the time is right for them to be fulfilled.

My debut novel, LIQUID LIES--a different kind of paranormal romance--is the culmination of many, many years of dreaming and even more years of seriously hard work.

I'd love to hear from you. Please visit me at www.hannamartine.com.

[By the way, as I was writing this, I could not get this song (http://www.youtube.com/watch?v=Bate_tvVUpk) out of my head. And now it's in yours!] 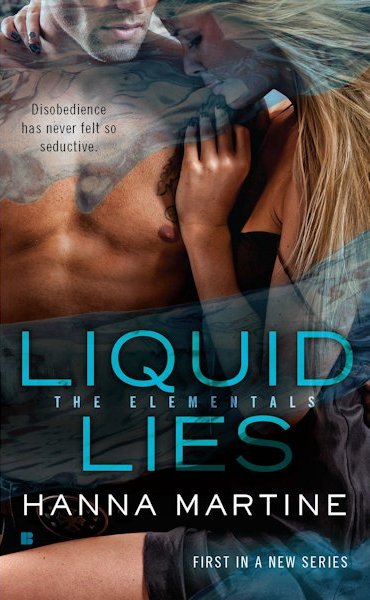 Magic is corporate America's best-kept secret, and Gwen Carroway is the best at selling it...

With her ability to pick up any language in an instant, Gwen Carroway is taking her family business global. As dutiful future leader of water elementals, she'll do anything to protect her people's secrets and bloodlines--including enter an arranged marriage. Inside, however, she yearns for the forbidden.

Reed is a mercenary addicted to the money and adrenaline rush of his work. After he inadvertently saves Gwen's life, he ignites her taboo desire for men without magic--and with bodies of gods. Just as things heat up, Reed discovers that Gwen is exactly who he's been hired to kidnap. He resolves to put work before lust, yet her luscious beauty and fiery spirit unravel him...

But there is a terrible truth behind Gwen's family business--and now, caught between the kinsmen she no longer trusts and an enemy bent on vengeance, the only ally she has is her abductor... 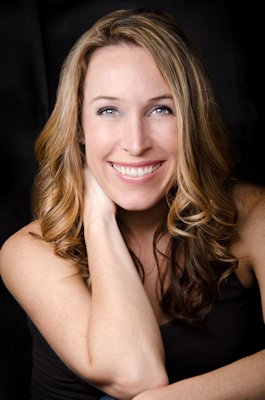 Hanna Martine's only goal growing up was to become a writer, specifically a fantasy writer. That dream stuck until she realized that most speculative fiction novels faded to black during the best parts or skipped over love stories altogether. When she discovered paranormal romance and urban fantasy, she found the genre of her heart. After the arrival of her daughter, she couldn't think of a better lesson to teach the little one than: Have a dream. Go after it. Be fulfilled. So she set aside all thoughts of returning to the business world and focused on writing and learning about the industry. She finished two novels before coming up with the idea for the world of The Elementals. She joined the Romance Writers of America (RWA), placed in numerous contests, and found an agent and editor who believed in her unique stories. She loves writing about secret worlds, magic, and the intense emotional and physical relationships that exist within them.

What:  One commenter will win a copy of Liquid Lies (The Elementals 1) from The Qwillery.


What were some of your childhood dreams?
Please remember - if you don't answer the question your entry will not be counted.

Who and When:  The contest is open to all humans on the planet earth with a mailing address. Contest ends at 11:59pm US Eastern Time on Monday, July 9, 2012. Void where prohibited by law. No purchase necessary. You must be 18 years old or older to enter.


*Giveaway rules are subject to change.*
Posted by Qwill at 9:36 AM